Maisie Williams might be on the cover of Dazed, but she is anything but confused when it comes to her self-actualization as a teenager.

The actress, who will turn 18 this month, hasn't necessarily had a typical adolescence. She has spent about the last five years growing up on the set of HBO's "Game of Thrones," playing the witty and beguiling Arya Stark. It's unsurprising that she is wise beyond her years and doesn't take her position as a young celebrity lightly.

"Whether I like it or not, I've become influential to people," she told Dazed. "I don't wanna be liked just because I’m pretty. That's f--king boring, and I'm not that. Lots of young people in the industry try to play it cool, but it just makes them look like arrogant [d--kheads]. I'd much rather be liked because people realize that I’m standing up for myself."

Read more from Williams in the current issue of Dazed on newsstands now. 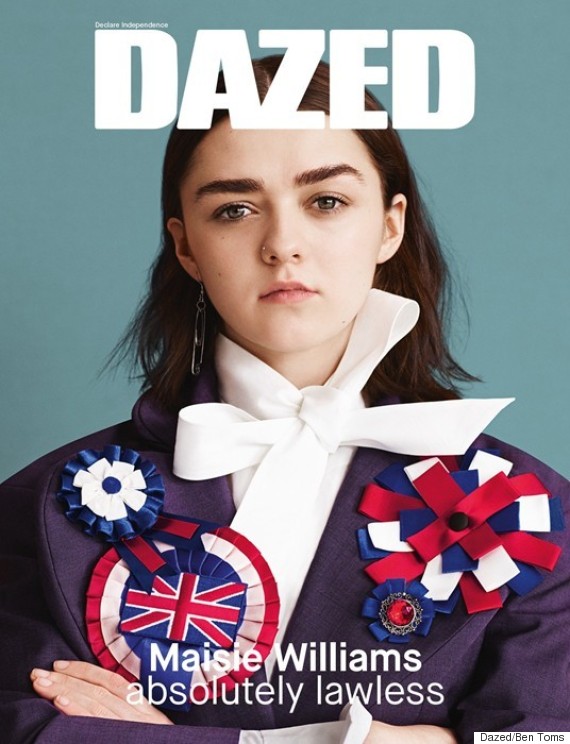