Morocco, steeped in tradition and history, has entered an age where the traditional and modern coincide beautifully and harmoniously. This is evident in everything from architecture to everyday life in various cities like Marrakesh, Agadir, Casablanca and Rabat. Under the leadership of King Hassan II the country adopted a broad market-based economy, where agriculture, tourism, and phosphate mining play a major economic role unlike most other Arab countries that are dependent on oil. A component of the tourism sector that has grown steadily over the years came about in a most unpredicted way through the King's love of golf. 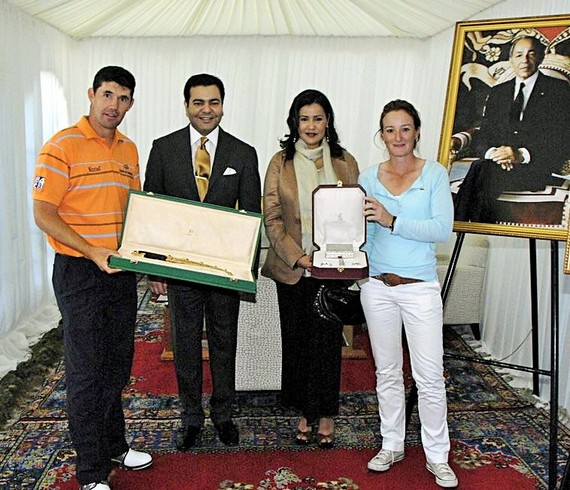 Traditions and legacies take time to be built. Perhaps there is no greater example of this than what King Hassan II created back in 1971 with the inception of the Hassan II Golf Trophy. His love for golf created surprising friendships, an aura of diplomacy and the start of golf tourism for the country. He was ahead of his time by realizing that golf was a way for him to showcase the best of his country to influential people including an international cast of PGA playing professionals. King Hassan II was an early adapter of a strategy that many country tourist boards are currently trying to develop and implement.

Golf has played a role in Morocco for over a century with the first course opening in Tangier in 1914. Today there are more than 30 courses with several more in development. King Hassan II had such a passion for golf that he created interest, intrigue, good will and put the best of Morocco on display through golf. He surrounded himself with many influential golf people like Billy Casper and Calude Harmon that in their own right were legends of the game and came to love Morocco and treat it as their second home.

Prince Moulay Rachid of Morocco, the second son of King Hassan II, was intrigued by golf at an early age and has continued with the golf legacy and good will his father started back in 1971. In 2011 the Hassan II Trophy became an official event on the European Tour and The Lalla Meryem Cup, the woman's version played the same week, is an event on the Ladies European Tour circuit. This is the only place in the world where a professional men's and woman's tournament is held the same week. Two years ago the US Open held back to back events at Pinehurst; however, the example Morocco has set by having the events take place simultaneously should be greatly commended for what it says about golf and equal opportunity.

Perhaps one of the most interesting aspects of this story is of that three men who were joined together by their passion for golf and passed this love on to their sons. King Hassan II befriended Claude Harmon, the head pro at Winged Foot and Masters champion, while taking a golf lesson at Winged Foot. Thus began a lifelong friendship that spanned the rest of their lives. Claude Harmon introduced the King to Billy Casper when he was at the height of his career in 1969 and that meeting spawned a friendship that spanned four decades.

Casper, a two-time U.S. Open winner and Masters Champion who won 51 times on the PGA Tour, made six trips to Morocco the year he met the King to assist him with his golf game and served as a Moroccan ambassador of the sport. There was a brotherly love between Billy Casper and Morocco. Casper was noted as saying "I want Morocco to be my last trip, it is like my second home. As long as I have a pulse and I can breathe Morocco will be on my annual trip list".

In 2016 the Hassan II Trophy will return to Royal Dar Es Salam, outside Rabat, where it first started. For a five year period starting in 2011 it was held at the Golf du Palais Royal in Agadir. Since 1971 many golfing legends have hoisted the jewel encrusted gold dagger, the prize trophy for winning the event. Notable players have included Billy Casper, Lee Trevino, Payne Stewart, Nick Price, Colin Montgomerie, Vijay Singh, Ernie Els and Padraig Harrington who won in 2007. Harrington, who has played in the event a few times, notes "the Dar Es Salam course is a great layout that has stood the test of time and continues to be a challenge. Being Irish I am always appreciative of the weather and hospitality". His fond memories include going down narrow streets in old Rabat to have dinner in a traditional riad. "Having the Prince and royalty there adds to the stature of the event. It is unique and not something the players are used to. It makes the event even more special, bigger and exciting." When asked about his favorite memory of Morocco Harrington says; "By far the uniqueness of the trophy, the dagger, is a favorite. It is my kid's favorite trophy. My two boys are seven and eleven and when they have friends over the first thing they ask is if they can see the dagger. They always ask where I got it and why and if it is a treasure. It is special" 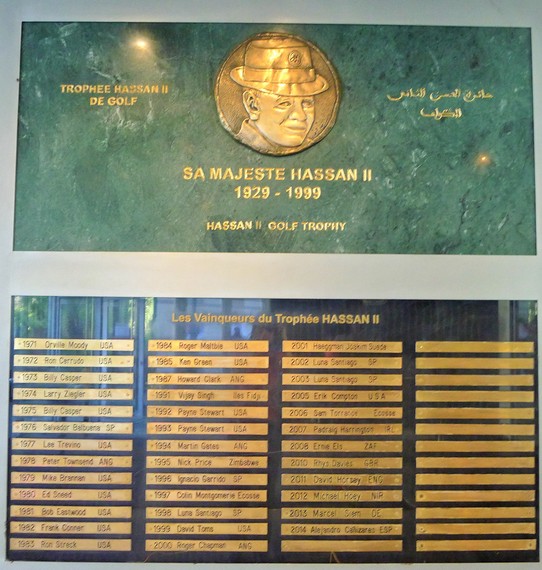 On their frequent trips to Morocco both Calude Harmon and Billy Casper brought their families. Butch Harmon found reprise and was grateful for the opportunity to serve as the head pro at Dar Es Salam Golf Club, in Rabat, during a time in his life when he was seeking direction. He was the head pro for six years and then continued to go in the winters for a few years after. Bob Casper recalls first going to Morocco at the age of 10 in 1970 and went over 30 times in his life. "I would go with my father every day to the golf course where he would play with the King and I would go along." Says Bob Casper. "Some years later I played in the Pro Am with HRH Moulay Rachid who is also a lover of the game. He has the same things on his mind as his father; to promote Morocco to the Western World."

The great love of the game brought these three men together who later passed this infectious love to their sons. Claude to Butch, Billy to Bob and King Hassan II to HRH Moulay Rachid. Each man notes his father as being the major influence in their lives and what drew them initially to golf. Bob's wife Kelly and their children have been to Morocco and two of their sons have played in the Pro-Am making three generations of Casper's that have an affection for Morocco and golf. When asked what his future wish for golf in Morocco is Bob Casper responds; "That people would want to visit to play golf or just to learn more about the country and how nice and giving the people are. If you do travel to play golf, then enjoy the great courses that were built because of the King and his love of golf."