The National Trust for Historic Preservation has just posted a Blair Mountain Battlefield petition, which calls on the state of West Virginia and private property owners to keep the site of one of the most important and historic American labor conflicts on the National Register. 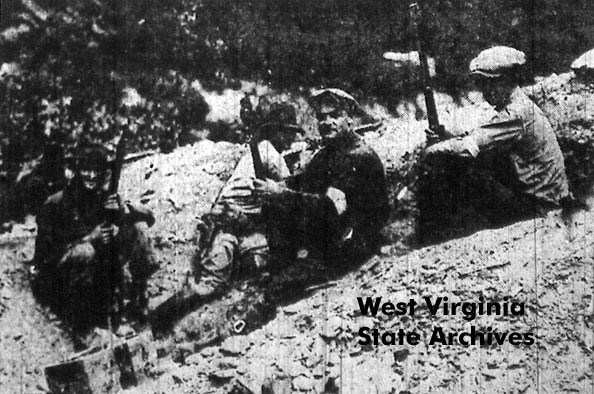 These coal miners fought for basic human rights on Blair Mountain in West Virginia in 1921--will you today?

Please take a moment to sign the petition here:
http://my.preservationnation.org/site/Survey?SURVEY_ID=9860&ACTION_REQUIRED=URI_ACTION_USER_REQUESTS&autologin=true

Why is Blair Mountain important today?

Threatened by possible mountaintop removal strip mining operations, Blair Mountain is the historic site of the largest armed insurrection since the Civil War, when the United Mine Workers and World War I veterans marched to liberate Logan County in West Virginia from the clutches of ruthless coal companies, who had denied their miners the right to organize. When President Franklin D. Roosevelt signed the National Industrial Recovery Act into law in 1933, granting all miners and workers the legal right to belong to a union without any repercussions, "a wave of mountainous proportions" swept through the coalfields of Appalachia, whose battle at Blair Mountain was finally vindicated.

The Battle of Blair Mountain in 1921 marked a turning point in our country; when the nation rose up to demand that long-term jobs and the safety and health of coal miners and coal mining communities must be placed above the profit interests of outside coal companies.

That sentiment is needed now more than ever in the coalfields, and the nation.

Or, the National Memorial to the Mountains website:
http://www.ilovemountains.org/memorial/c260/

TAKE ACTION - Sign our Petition to the State of West Virginia

Join our efforts in opposing strip-mining of the historic Blair Mountain Battlefield in Logan County, West Virginia. Site of the 1921 Miners' March, in which approximately 10,000 armed miners clashed with "defenders" assembled by the anti-union coal companies, Blair Mountain represents a unique and bloody chapter in America's labor history. This month, the National Park Service recognized the extraordinary importance of the site by listing it in the National Register.

Preservationists are not opposed to mining on the mountain, but believe that every effort should be made to preserve the nationally significant battlefield. There are alternatives to strip-mining, including underground mining, that may not destroy the site.

The undersigned urge the State of West Virginia to work with Blair Mountain property owners and permit applicants to reach a solution that will allow both mining and preservation of the site.