This post is part of a series on childhood poverty in the United States in partnership with Save the Children and Julianne Moore. Moore leads the organization's Valentine's Day campaign, through which cards are sold to support the fight against poverty. To learn more or to purchase the cards, click here.

I grew up traveling all over the United States, Central America, and Europe. My father was in the U.S. Army, so we never stayed any place for very long. For the most part, I didn't mind it -- changing environments and schools was simply a fact of life for us -- I learned not to depend on environment for consistency. Instead, I found it in my family, in my interests, and most of all in literature, my most constant of companions.

The one place I absolutely did not rely on consistency was in my public school education. It was evident to me very early on that my educational experience in the U.S. was directly related to the tax bracket of the county in which we were living. I was growing up in a culture and an educational system that preached fairness and equal opportunity and yet my personal experience within it was wildly erratic. 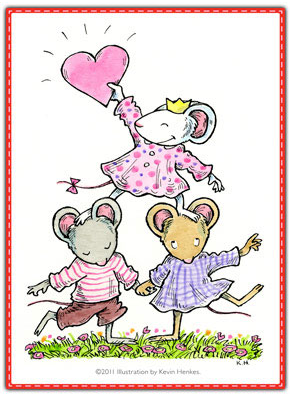 And so what if I was in a bad school for a year or two -- I'd move. But what about the kids that were stuck there? They'd never even know that the education they were receiving was not equal to the one that more affluent children were receiving. And the thought that I was left with was that it was NOT FAIR.

Anyway, I grew up, carrying with me the knowledge that what we professed to be equal was not, and always remembering the disparities in income and education I saw in my travels around the United States.

In 2006, I was invited to a benefit for Save the Children and was very impressed by the organization and their efforts around the world. The recession had yet to hit, people in the U.S. were feeling confident and affluent -- yet at that time 1 in 5 children in the United States was living in poverty, and virtually no attention was being paid to poverty here in the US.

I felt that though there was tremendous need worldwide, my area of interest and knowledge lay in the United States, and so I signed on as an artist ambassador to U.S. programs. I was impressed to learn that Save the Children goes into schools where kids are most affected by poverty and picks up the slack where tax dollars aren't enough. They provide literacy programs, books, preschool and after school programs, nutrition, exercise programs, and jobs in areas where sometimes the local school is the only source of employment in the county. In effect, they attempt to make it more FAIR.

I founded the Valentine's Day program with exactly that tenet in mind, that children have an innate sense of fairness, and will want to help those less fortunate than themselves. I was very influenced by trick or treat for UNICEF and wanted to find a holiday where we could talk to U.S. school children about poverty among school children in their own country. I wanted kids to be able to help kids.

Valentine's Day has become a major children's holiday, and is for them, about friendship. And as for us parents, we have to buy these Valentines anyway, why not send the money to children and schools less fortunate than our own?

It is now the fifth year of our Valentine program and the numbers of kids in poverty has grown to 1 in 4. Our recession continues and there is an ever widening income disparity in our country. Sometimes this program feels like we are spitting in the wind, that there is no way we can possibly make a difference for kids in the US. by selling Valentines. But by recognizing the problem and addressing it in any way we can -- especially through love and friendship and a sense that we should all have an equal shot at life and education here in the United States - well, it can't hurt, can it? Please buy some Valentines.