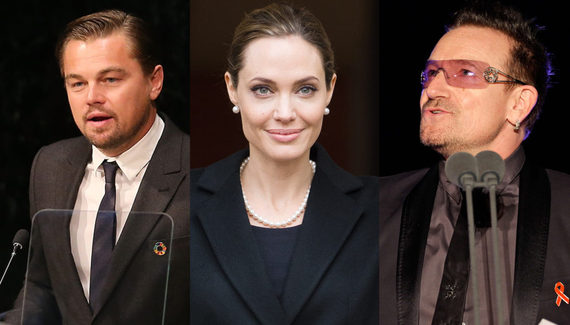 The United Nations SDGs have been taking the world social business community by storm, influencing fortune 500 and emerging companies alike to shift to a new way of thinking. Social Business initiatives that make a sustainable economic impact for both communities and industry.

At the forefront of the movement are the millennials uniting ideas, causes and strategy to figure out their futures as #OneForAll community. But Young people all too often find themselves facing this question; Would you rather make money, or make the world a better place? Of course, a full and rich life requires both, but all too often, we're led to believe that doing good or making money is a binary choice. However, Camilo Galvis and Angelica Fuentes are taking steps to that way of thinking according to a recent NASDAQ Marketsite interview by Silvia Davi and Equities.com.

As co-founders of The Imperative Fund, Galvis and Fuentes work to pull struggling communities throughout the globe out of poverty. However, unlike so many philanthropic efforts, they're not seeking government help, but instead, they're looking to the free market to help spur sustainable environmental commerce development.

"I think that the open market economy has served us really well in achieving various different things, on a technological level and a scientific level that are groundbreaking," says Camilo Galvis, who also serves as CEO of The Imperative Fund. "So my real incentive was thinking, 'How can we bring social mobility to the sector?'"

A Holistic Approach to Economic Development
"We came to the realization that, in order to have a structural change, real impact in terms of the work we're doing in different communities, we will have to have a holistic approach," says Camilo Galvis. "In understanding, eventually, that poverty is multidimensional, and it's made up of the lack of access to various goods and services, we tried to think about, even if it was just at a theoretical level: What would be the ideal model for poverty elimination? And we realized that if we could move into a neighborhood, eliminate those poverty conditions and recover 100% of the invested funds, that would allow us then, in turn, to move on to the next community, and keep on doing and activating this process for as many communities as we can that can benefit from such a framework."

So what, precisely, is their model? Galvis explains it as thus: "Imperative Fund moves into a community and eliminate all poverty conditions, in 24 months or less - and five years to recover the capital. while operating with a 5% return annual yield on our investment."

In order to ensure their efforts are successful, the team at The Imperative Fund operates very strategically when choosing which regions to cultivate. "We're currently starting up work in Mexico," says Galvis. "The country was currently ripe for this type of work to be done. There's currently a considerable amount of poverty in the country. More than 40% of the country, under any given measure, you can eventually locate within the poverty margins. But at the same time, there is prosperity in the country as well. And what we're trying to do is make sure we can use this prosperity that exists, in order for it to allow us to bring an additional level of support for social mobility."

In a previous article I covered "Why More Companies Are Partnering with the UN to Improve Growth and Sustainability Goals". What's interesting to me, is Galvis has really taken the path laid out by the 193 countries who established the UN Sustainable Development Goals, practically SDG #17, Public-Private Partnerships. The lesson in #17 is for private originations to lead sustainable business models to help social or community development through public channel co-operation. Imperative Fund has done just that - and now Mexico is looking to Galvis and Fuentes to expand their efforts from a single pilot location to six locations offering local municipality support.

The Privatization of Doing Good
For Galvis and Fuentes, the ability to work philanthropically, while still knowing they're able to create a robust return on investment is part of what makes the work so gratifying - and such a refreshing change of pace from traditional charities and non-profits. "We really get very encouraged knowing that we can eliminate poverty while people are getting a yield on their investment," explains Fuentes, who currently serves as Strategic Director of The Imperative Fund, "and we do not need the local, the state or the federal government, in order for this to be a reality."

"At the end of the day, what we're trying to do is privatize social mobility," explains Galvis. "So when we started doing this work, we moved into a gray area. For example, many philanthropic organizations, which would be ones that would be, initially, considered to be interested in such a project, where there is sustainability and then you can just grow, for as long as the capital is there, moving around from one community to the next.

Of course, going against the grain when it comes to common wisdom regarding philanthropy was never going to be easy, and Galvis and Fuentes have certainly experienced their share of challenges. Says Galvis: "Because of the bylaws of philanthropic organizations, they would be constrained in terms of how much they could contribute to our organization, because now we operate as a for-profit, not a not-for-profit. We feel very proud that we can not only recover the money, but offer the five percent return.

The progress has already started "I can tell you that we're getting great support from, not only multilateral institutions, but we're also getting a lot of family offices involved that actually consider that there is not only that yield in terms of the financial return, but there is the social return that we are pursuing."

When I asked Mr. Camilo Galvis what his personal goals were and where he envisioned Imperative Fund and the good work they are doing going in the end. Galvis simply responded, "if in the next decade or couple of decades we succeed in privatizing social mobility and poverty elimination, as a result of the specific framework we developed, this would also undoubtedly result in financial success - this financial success is fundamental to our main and long term objective for the Fund, which is, to incentivize and bring in competition because they see the grand potential of the business opportunity. In this respect, imagine if in a couple of decades from today we live in a world where there are 9 or 10 companies worldwide competing with each other and seeing who can most efficiently, with better quality and with a better return for its investors eliminate poverty around the globe. That could prove the ultimate measure of our success."

Connect with Matthew Bird on Twitter or LinkedIn or email directly at matt.bird@1800pr.com