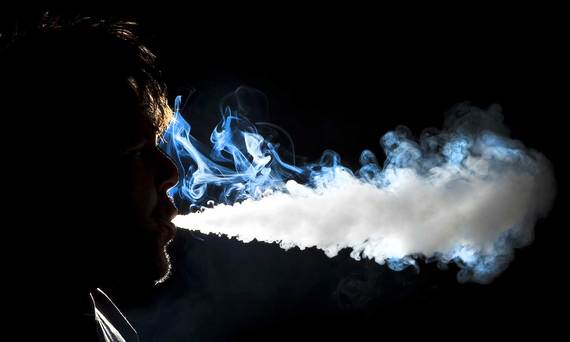 It is said that about 50 percent of all chain-smokers will perish horribly as a direct result of their smoking habits during their lifetime. Considering that 1 billion people out of the gross world population of 7 billion are smokers, this number is big enough to give anyone the heebie-jeebies. What's more, one person dies every 6 seconds due to a tobacco-related disease, and as of last year, 20 percent of all deaths in the US alone were from smoking. Keeping these facts in mind, it is no wonder that smoking is now a matter of global concern, whereby any first-world country is under socio-political pressure to take mandatory action against this frightful addiction. So far, we have not been very successful.

According to statistics presented by Action on Smoking and Health (ASH), a global organization dedicated to end smoking, only a mere 11 percent of the world population is safeguarded from smoking with national smoke-free legislation, while the rest of the world seems to be blissfully ignorant of their respiratory tracts slowly decaying as a direct result of tobacco consumption. Even with all the medical assistance, alternative therapy and support groups spread throughout the world, Big Tobacco managed to pull out $664 billion in the year 2010.

Let's face it. It is not easy to quit smoking. Amidst the constant neuro-psychiatric pressure, physical dependence and withdrawal effects, quitting is nothing but a perpetual loop of trying and failing, over and over again. Some people just tire off and give up much before they ever reach their goal of a smoke-free life. Determination is crucial, but clearly, it is simply not enough. As a result, we have therapy. Medical experts all over the world have developed systematic methods to help people quit smoking through a variety of drugs, therapies and alternative habits. As a means to deflect the user from smoking, doctors suggest switching to variety of healthier alternatives such as nicotine gum, inhalers and even peppermints. But let's face it, even after all this, quitting can be a tough little birdie.

According to a 20-page research paper released by the American Heart Association back in 2014, the use of vaporizers as a substitute for smoking can help reduce the harmful effects of smoking by a huge percentage and even help people quit smoking altogether. Vaporizers, also called e-cigarettes, are technology's answer to a world bleeding from the consumption of tobacco. An electronic pipe that heats any herbal material (tobacco, weed or marijuana) up to a certain temperature till it turns into an inhalable mist, vaporizers are a much healthier alternative to smoking as they help reduce the infinite number of toxins that are released when tobacco or weed is set on fire.

A research conducted by the University of California in 2007 showed that vaping marijuana instead of smoking it can help reduce the number of harmful toxins to a bare minimum, without any significant reduction in the therapeutic effects of intoxication. As a result, consumers would derive the same intoxicating effect as they would from smoking marijuana, without any of the harmful toxins released by combustion of the substance. This means a negligible intake of harmful chemicals like carbon monoxide, all the while retaining the same therapeutic benefits of smoking.

A word of caution, though, as long as an intoxicating material like marijuana or weed is involved, vaping can never be a totally harmless procedure. Even without the toxinogenic material, consumption of these chemicals can lead to sustained damage over a long period of time. One of the primary concerns of every health organization in endorsing the use of vaporizers has been the renormalization of smoking habits among common people as well as the introduction of these toxic addictions to the underaged. Vaping is not by any means a completely harmless version of tobacco consumption, nor is it safe enough to be handed over as a toy to your ten-year-old. However, it is by far a healthier alternative to smoking, and can even be used as a cessation aid.