What's in your makeup bag? With a lipstick here, a compact there, we've all used and abused the vessel that carries our on-the-go makeup. But, have you ever really thought about what you're putting in that little thing?

A new study conducted by vouchercloud.net, a U.K. website dedicated to local discounts and coupons, concluded that the average American woman's makeup bag holds about 16 items, which on average amounts to $172.52. 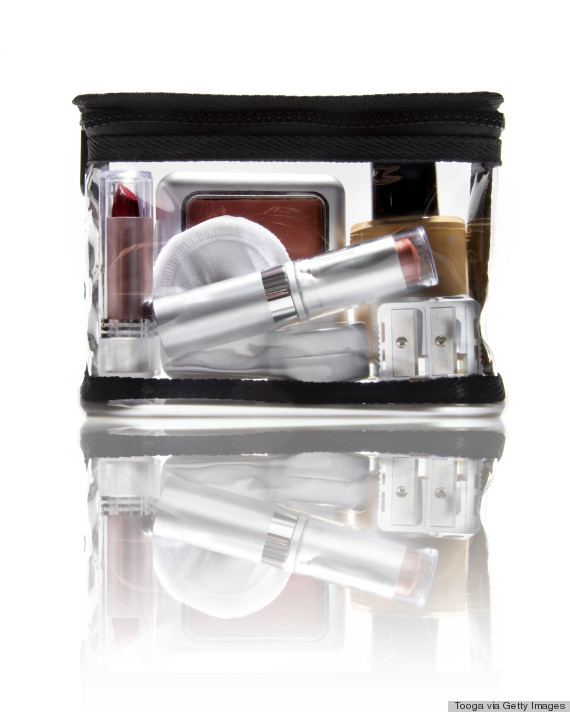 The poll was gathered from a group of 2,411 women, 18 and older, who gave insights on their everyday, go-to makeup, which included the basics -- mascara, foundation and concealer. On the extremes, however, 56 percent of women carry lip balm, while only 35 percent of the group brought along highlighter pens. Obviously, chapped lips are a BIG concern.

Next, the results (which has a ± 3 percent margin of error) show which brands were most likely to grace the inside of your purse. The leader of the pack was Maybelline with 42 percent of the crowd, while a lucky 21 percent holds NARS all day long. Four out of the top five brands were drugstore favorites, which makes sense, as they are most likely the cheapest and sometimes better options for everyday wear.

Vouchercloud released a statement about the study, saying, "I think it would be fair to say that many women probably don’t [realize] the huge collective cost of the makeup they carry around with them -- and perhaps makeup bag insurance wouldn’t be a ridiculous idea after all!”

Hmm, we're not completely sold on makeup bag insurance, but it does bring up the issue that we might be putting more into our bags than we thought, possibly even contributing to a cluttered mess. But, our makeup is our makeup. If you want to carry your entire morning routine, we're with you.

Load up on these drugstore gems: