Annie Garau is going a year without wearing makeup.

The 20-year-old Indiana University student began her project in January 2014, after realizing how much time and energy she spent worrying about her appearance. Bombarded by airbrushed celebrities and models and receiving hundreds of messages about how to "improve" your body, Garau had had enough.

"Like most women in this country, I don't consider myself beautiful," Garau wrote in a July 19 Lexington Herald-Leader article about her experiment. "I, like many other women, have looked in the mirror and hurled mental insults at what I saw: love handles; weird nose; pale, squinty eyes; thin lips."

Instead of relying on makeup to boost her self-confidence, Garau decided to see what would happen if she put her cosmetic bag away for an entire year. Two hundred days into the project she's found that, though some people treat her differently, she's discovering what it means not to focus on her looks all the time. 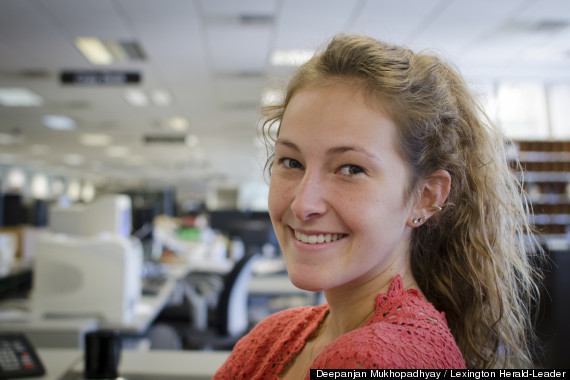 "I've learned that I highly overestimated how much time people spend thinking about my appearance," Garau told The Huffington Post in an email. "I notice and stress over superficial flaws that no one else actually sees or cares about... I've recognized that my looks are just one small part of who I am. It's been a great experience to spend less time focusing on them and more time focusing on other, more important qualities."

Garau's friends support her experiment, but are thus far unwilling to abandon their makeup bags alongside her. She photographed some of her peers with and without their makeup on, presenting the finished portraits in a post on her blog. 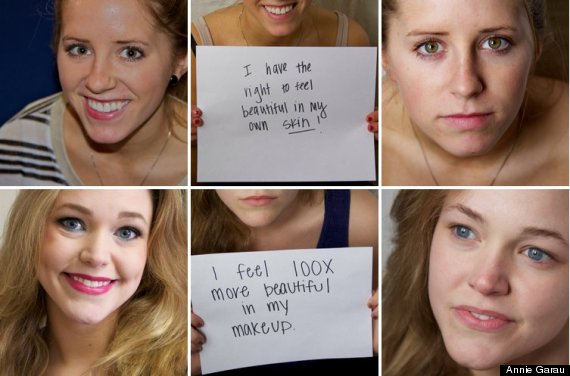 In the blog post, Garau explained her desire to get women to think about their insecurities, and how they may be holding themselves back:

When women are constantly judging ourselves and each other solely on our appearance, how can we expect men not to? When women repeatedly look in the mirror and tell themselves that they are not good enough, how can we gain the confidence needed to become Senators and CEOs? 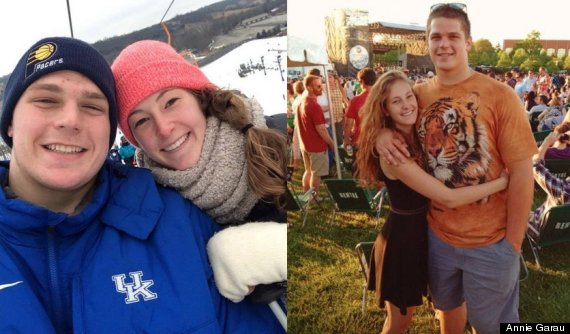 Garau would not describe herself as "anti-makeup," but is simply hoping to discover what life is like without it.

"Makeup can be a great tool for self-expression, but I hate the fact that many women feel they have to wear it to feel beautiful or even valuable," she told HuffPost. "I'm all for taking pride in your appearance and putting time and effort into your style and hygiene, but there is a definite imbalance between how much effort men and women put into their looks. I think that in some ways that difference may be impacting women in other aspects of life."

Garau is unsure whether she'll continue the project after the year is up, but thinks that her mindset has already shifted for the better.

"I know that in the grand scheme of things, whether or not to wear makeup is probably a trivial decision," Garau told HuffPost. "But how women perceive themselves -- and are perceived by others -- is not trivial."