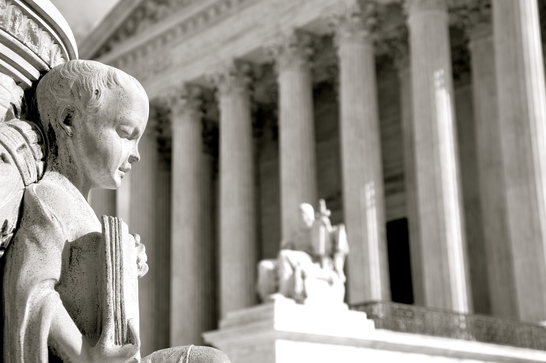 Like thousands of others transfixed by the Netflix Documentary Making a Murderer, I was alternately struck by feelings of rage, shock, sadness, and dismay as I streamed through the ten episodes. But watching the series as a lawyer who has spent most of her career fighting for the constitutional and legal rights of children, I was particularly incensed. The injustices exposed in Making a Murderer are not limited to Manitowoc, Wisconsin, but mirror systemic failures in jurisdictions across the country. And as one of the lawyers who litigated the Pennsylvania "Kids for Cash" scandal, the scent of official corruption was all too familiar.

So while Steven Avery's twisted and disheartening journey through the justice system is the primary focus of the series, it is Brendan Dassey's story that haunts me. Brendan is the intellectually challenged 16-year-old nephew of Avery who was convicted of the murder and sexual assault of Teresa Halbach, based largely on coerced statements plied from him by law enforcement and statements derived from his own lawyer's perplexing but dogged attempts to elicit a confession from him. Brendan is now serving a life sentence with no chance for parole before 2048.

The interrogations of Brendan by law enforcement and his own legal team were excruciating to observe. The scenes vividly illustrate the reality of false confessions and how easily children and youth can be manipulated without legal protections. Brendan appears truly without guile throughout, a young man intellectually compromised in his ability to understand what is happening, yet fervently attempting to tell his truth. Whether it is his own lawyer's private investigator literally putting words and images in his head, or the creepy closeness with which the police investigators lean into him as they press him to "confess" his conduct to his mother before they do, the "questioning" left me staring at the screen in disbelief.

At Brendan's trial, the prosecutor, in his closing argument, tells the jury "innocent people don't confess." He cleverly plays to an opinion shared by many: Why in the world would an innocent person confess to a crime he didn't commit, especially murder? But false confessions have become a staple of our criminal justice system; the prosecutor's statement itself is false and indeed legally objectionable. Today, saying innocent people don't confess is like saying apples don't grow on trees - a patent lie exposed by our own human experience.

And children are no exception. In fact, they are more likely to confess falsely than adults. They're more vulnerable to the promise or suggestion of a positive outcome if they just tell the interrogator what "really" happened. This can have devastating consequences. As Dr. Laurence Steinberg noted in the recent Huffington Post article What 'Making A Murderer' Can Teach Us About Teens And False Confessions, "A confession is one of the most damning things in a trial, and one of the things that juries are likely to believe." But Brendan Dassey wasn't thinking about the longer term consequences of saying he participated in the murder with his uncle - he just wanted to know if he could get back to his school project if he told his questioners what they wanted to hear.

Of course, Brendan's susceptibility to falsely confessing is compounded by his cognitive impairments. He repeatedly - and heartbreakingly - refers to himself as "stupid." He doesn't understand what the word "inconsistent" means. Under these circumstances, he can't sort out why his interrogators would feed him false information or say things that are simply designed to manipulate him into agreeing with them. He genuinely believes that the more he acknowledges involvement in Teresa Halbach's murder, the better off he will be. And given his age and intellectual challenges, he is that much more likely to trust these "authority figures" and give them the answers they seek, as many children do.

This well-known and controversial style of interrogation, called the Reid technique, was recently discussed in another Huffington Post article by Matt Ferner. This technique has led to numerous situations where an innocent person ended up confessing to a crime they never committed. "In a nutshell, the primal fatal flaw of the Reid technique, on display in the interrogation of Brendan Dassey, is that it is a guilt-presumptive process inflicted on suspects who have already been judged deceptive and guilty," stated Saul Kassin, a psychology professor at the John Jay College of Criminal Justice in the Huffington Post article 7 Terrifying Things 'Making A Murderer' Illustrates About American Justice.

The law has been slow to ensure that children are not abused by our justice system. Much damage was done to Brendan's case before his first lawyer was finally removed from his case. Across the country, children are routinely exposed to shocking interrogation practices. Brendan was questioned without the assistance of either a lawyer or his deeply concerned mother. In California, a 10-year-old boy was considered mature and knowledgeable enough to understand and waive his Miranda rights, ultimately confessing to the killing of his abusive stepfather. His confession was upheld by the California appellate court; the United States Supreme has been asked to review the case.

2016 marks the 50th anniversary of the Supreme Court's ruling in Miranda, and it also marks the fifth anniversary of the Court's ruling in J.D.B. v North Carolina, a case in which the Court required law enforcement to take a child's age into account in determining when to administer the Miranda warnings. But the Court has yet to address whether children should ever be subjected to questioning by the police without the assistance of counsel, despite their acknowledgement 50 years ago that police interrogations are inherently coercive. How many more children will be convicted and sentenced based upon a false confession before proper protections are put in place?

Toward the end of the documentary, Steven Avery, the central character in Making a Murderer, laments that "you always get let down by the justice system." This is an observation that is simply intolerable in America. It is always easier to look away than confront the injustices around us, but Making a Murderer makes it difficult to avert our eyes. The prosecutor got it wrong when he said innocent people don't confess; Mr. Avery correctly observes that "when you're innocent, you keep on going." Brendan Dassey is now represented by a talented legal team, led by Professor Steven Drizin at Northwestern University, who will indeed keep his fight going, but Lady Justice will likely shed a few more tears before the failures of our criminal and juvenile justice systems are righted.