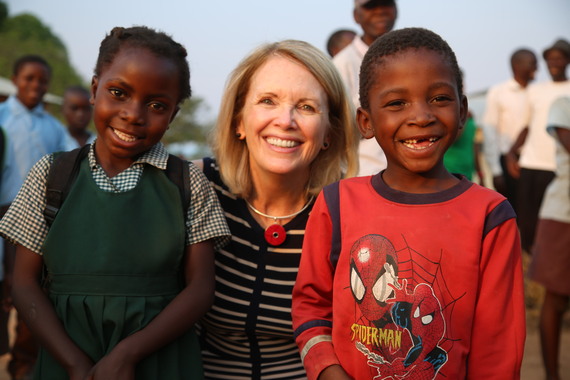 Add me to the list of those who have concerns about the years ahead, especially when it comes to our nation's desire - and willingness - to help those who live beyond our shores. While I understand the patriotic fervor behind returning the country to some perceived level of greatness, the fact is, enhancing America's fortunes does not require that we do less for others. In other words, this is not a zero sum game, and making America "great again" is not dependent on making other countries less great or even less good. Greatness, by all accounts, has room for many.

But based on the tone of the presidential campaign, I am less certain that the country's new leadership shares my point of view. The interests of foreign governments were consistently cast as being contrary to or somehow in competition with our own, whether it be NATO allies, Pacific trading partners or neighbors to our south. There may be some truth to this from an economic standpoint perhaps, but the overriding sentiment that has emerged casts the outside world as America's enemies, intent on taking advantage of any combination of our purported shortcomings - our weakness or ineptitude or generosity.

If there is any good news, it may be that foreign assistance was not a prominent campaign theme, unlike such hot-button issues as immigration or terrorism. With little said directly on this topic, we are left to ponder the few comments that were made. The president-elect observed "At what point do you say, 'hey, we have to take care of ourselves?' I know the outer world exists, and I'll be very cognizant of that, but at the same time, our country is disintegrating."

No one would argue against tending to the domestic priorities of our country, but I would suggest that Americans have a moral obligation to commit at least some of our resources to those beyond our borders, especially in the developing world, whose depth of poverty is well below what we know here at home. The federal government dedicates about 1 percent of the annual budget to foreign assistance, programs that focus on improving the health of children and pregnant women, to responding in emergencies, to reducing the violence that so many women and children confront on a daily basis. With the support of governments around the world, these initiatives have made tremendous, heroic progress, and the arc of success continues to bend in a positive direction. Even so, while these programs have benefitted from bipartisan support over the years, it is unclear what the incoming administration's attitude toward them will be.

Given the president-elect's background, perhaps the most compelling case for maintaining U.S. foreign assistance is an economic one. Many American corporations, for example, are fueling their growth by expanding to new markets around the world, including the nations in Africa and the Americas which are becoming increasingly stable. With modernized infrastructures and progress in education and literacy, a stable foundation for economic opportunity has been laid, not only within the countries themselves but for foreign companies that are primed to leverage this untapped potential. These favorable conditions for economic progress did not happen overnight but are the result of the hard work of developing countries themselves and the sustained commitment over many years of foreign aid. That investment is paying off.

The lack of clarity surrounding the new administration's position on international aid threatens to disrupt the years of progress that has been made on many fronts. Perhaps more concerning, however, is a narrative that demonizes the world around us, that suggests that the interests of other nations must be mutually exclusive of our own, that dismisses the role of our country as moral exemplar that seeks to impart the best of the human spirit across the globe.

French sociologist and political theorist De Tocqueville famously observed that "America is great because America is good, and if America ever ceases to be good, it will cease to be great." As we navigate the unchartered waters ahead, it's worth remembering what made America great to begin with.