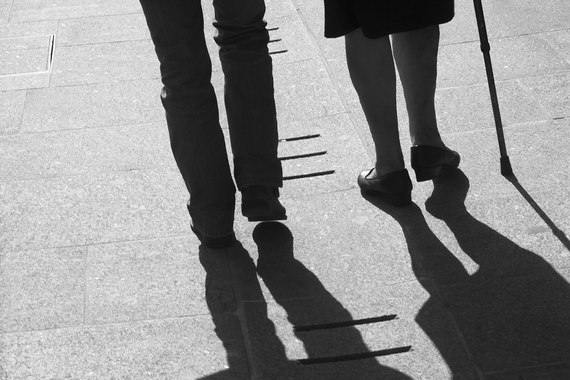 America is aging rapidly. But are our cities designed to support well-being throughout our longer lives? With the vast majority of Americans living in urban settings, it's crucial -- for older Americans, for our nation's public health, and for the economics of healthcare -- that our cities be designed with an aging population in mind. Two recent studies, by AARP and the Milken Institute, identify the country's top cities for older people. They also reveal that we, as a nation, have much more work to do to articulate valuable next steps for public health practitioners, urban planners, and politicians to take in order to make cities livable for everyone, no matter their age.

The data on aging tells a dramatic story: over the last century, we have added 30 years to our life expectancy. In 2000, people aged 65 years or older comprised 12.4 percent of the U.S. population, according to the U.S. Department of Health and Human Services. By 2030, that number is expected to rise to 19 percent of the population. By then, there will be an estimated 72.1 million older persons, more than twice the number in 2000. At the same time, more than 80 percent of Americans lived in cities in 2010, according to Reuters, making up an urban population that is growing in both numbers and years.

We already know what makes communities conducive to successful aging -- that's why, though their rankings and definitions differ, AARP and the Milken Institute analyze similar characteristics in their reports. Both examine the following broad livability categories: housing, transportation, neighborhood, community engagement, healthcare and wellness, and opportunity for education and employment. Within those categories, the methodologies and specific indicators diverge: for example, AARP explored environmental factors like clean air and water, while the Milken Institute highlighted financial information and public safety data. The AARP scores were built upon individual neighborhood scores, whereas the Milken Institute rankings were based off of the data available for cities as a whole.

We use similar livability categories here in New York City -- which is ranked at #5 on the AARP Livability Index and number 14 in the Milken Institute list -- where more than one million people are over the age of 60. With that number expected nearly to double in the next 20 years, our city's efforts to create more inclusive communities for older people are more vital now than ever. New York City Mayor De Blasio leads a commission aiming to do exactly that: "Age-Friendly NYC," which is a joint initiative of the Office of the Mayor, the City Council, and the New York Academy of Medicine. (I am proud to serve as a member.) This Commission has created more than 60 low-cost high-impact interventions making New York a city for successful aging.

Through Age-Friendly N.Y.C., leaders in government, business, and local organizations work together, focusing on five primary priorities and goals: community work and civic participation (with the goal of improving social inclusion, civic participation, and employment opportunities for older adults); housing (with the goal of increasing housing designed for successful aging and availability and affordability of safe, appropriate housing); public spaces and transportation (with the goal of providing age-friendly public spaces and a safe means for reaching them); health and social services (with the goal of ensuring access to health and social services to support independent living); and educational opportunities for older adults.

AARP, the Milken Institute, and Age-Friendly N.Y.C. measure livability in similar ways, pointing to a collective vision for cities designed for people at every age. At a time when America's future is increasing tied to our ability to realize that vision, creating a shared roadmap for cities to follow is key to ensuring successful aging. We now know that cities designed to be good for older people are better for everyone.