This essay is published in conjunction with Where Am I Today?, an upcoming exhibition at Offramp Gallery, Pasadena.

One might think that a one-man show that brims with in-your-face self-portraits would smack of vanity, if not self-indulgence. Yes, it does. No, it doesn't. 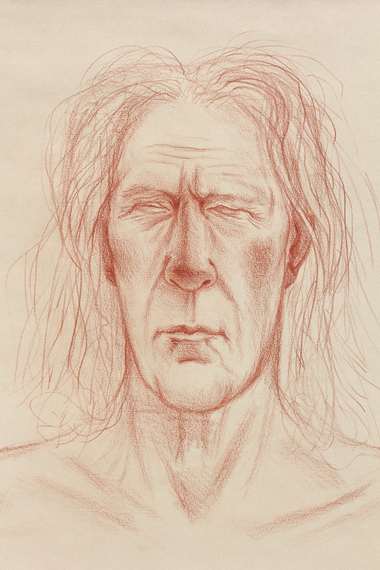 Jayme Odgers' self-portraits feel like an exercise in self-aggrandizement so, yes, there's that aspect of vanity. Once their backstory (a staple of theatre; a staple of film; of art, not so much) becomes apparent, though, it's more biblical than Kardashian, biblical in the sense of "vanity of vanities, all is vanity. (...) One generation passes away, and another generation comes; but the earth (and art) abides forever." 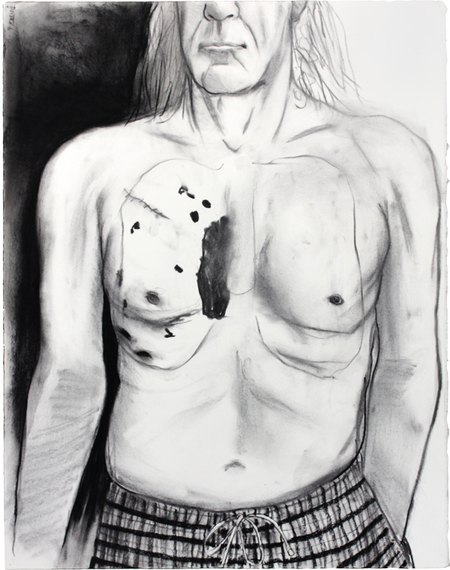 If nothing else, they're dogged and persistent. Each portrait suggests a concatenation of painful and honest self-impressions, as if to look in the bathroom mirror first thing each morning and ask Where Am I Today? They're dated, each impression, as if to seize a moment, to make it permanent. It's like keeping score, in a way. (Oh, is it). These impressions are hastily done - charcoal, conte crayon. Time seems to be at a premium here. They represent the wish to document and, especially, to affirm an identity, a presence in these precious and fleeting moments. They're hastily done; by necessity they can't bask in the Rembrandt luxury of slow-drying oil paint. It's akin to the indulgence of the purchase of a hardcover edition of your favorite author's latest book because you can't be bothered to wait for the paperback version to come out. 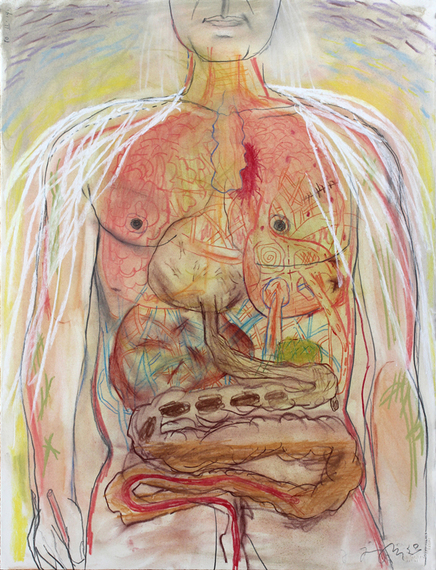 Their titles describe a trajectory of responses to the exhibition's query. The first one's Shock; the last one's Make It Go Away #2. The rest document a teeter-totter of stark realizations and inevitable accommodations. Some are of the knocked-back-on-the-heels variety (Doubt, Anger, Avoidance, Disbelief, Sadness, and Fear). Some mount a heart rendering counterattack (Confident and Hellacious; The Call for Inner Strength; Standing Firm). It's the sequencing, though, the ups and downs, that suggests nothing is forever. Nothing. 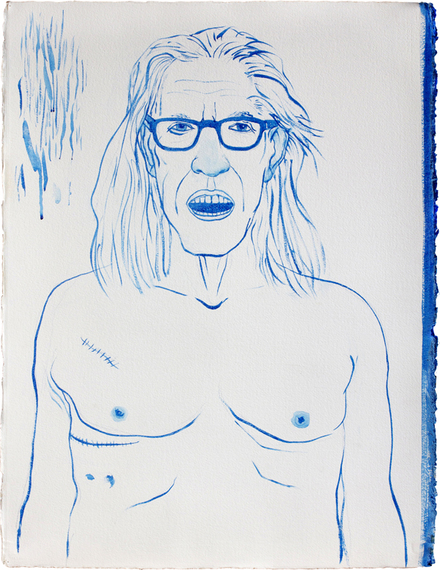 If the titles are shorthand for an emotion, then the images are avatars for an existential Kilroy Was (Is) Here. In these images, it's the mouths, not the eyes, which are the window onto the soul. It's the same guy in each piece- the narrow face; the Edgar Winters hair; the all-seeing assassin's eyes, sometimes cloaked in Clark Kent spectacles, sometimes not. What vary are the mouths. Tight lipped and resolute. Slightly ajar, as in Oh shit. On the verge of saying something. In mid-sentence, as if paralyzed with discombobulation. 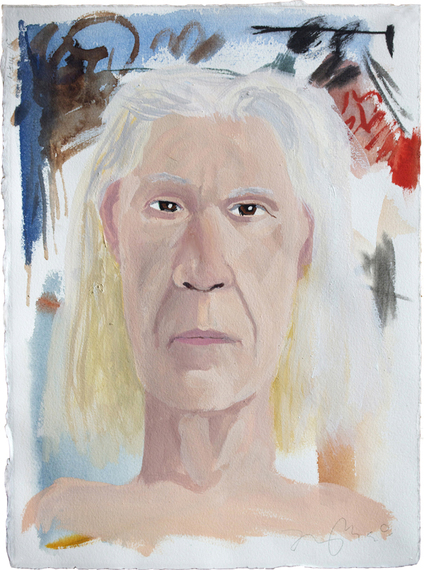 This come see me trope gets short shrift in an era of disposal, ephemeral selfies on ubiquitous digital platforms. What might be considered a more measured, more artistic variation of the theme becomes exponentially more monumental the moment you appreciate their old school function as a visual diary. Mr. Odgers, you see, has been diagnosed with an aggressive form of lung cancer. Given the doctor's suggestion to get your papers in order, he did, literally. After two weeks of drawing-less shock, he got down to work. 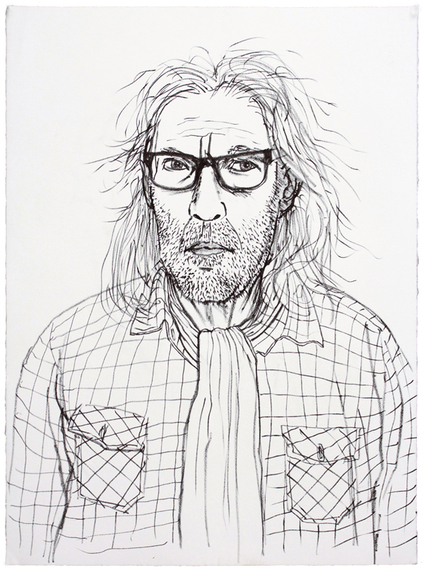 The beauty of both the project's concept and the execution can best be been in the title of one of the pieces. Wearing My Toothpick High shows the artist, unshaved, bedraggled, and wizened, with a toothpick in his mouth. The title refers to unemployed samurais, starving to death. Still proud, though, they would carry a toothpick in their mouth as if to say to the world, All's fine. See, I'm well fed. No worries here. Same with Mr. Odgers. Where is he today? Wielding a paintbrush instead of a toothpick, he's still among us, thank you very much. 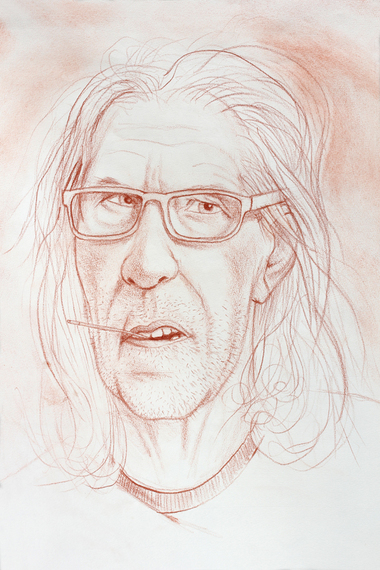