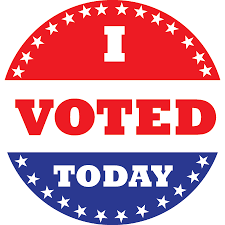 As I finally went to bed last night, at midnight, I found myself shaken by feelings that I dismissed as silly. I let them wash over me for only a moment, and then picked up my book, in the hopes of distracting my weary brain. I spent all of Monday making phone calls to undecided voters in swing states: predominantly Florida and North Carolina. I made nearly 200 calls in the course of the day, most of them wrong numbers, but many of them brief conversations. My brain needed distracting.

But at 5:30 this morning, there it was again. I woke from a disturbing dream and instead of thinking it through, or trying to make sense of it, I found myself giddy again. Not the excitement that my 53-year-old self feels about seeing my grandson, traveling somewhere new, or finding a great pair of boots; this was unmistakably childish in its giddiness. For the shortest of moments, I pushed it aside again and tried to get back to sleep, but it kept me awake. The girl in me -- the one who still remembers first love, summers on the beach with her friends, dancing with a crush, riding her bike for miles, playing with Barbies -- the girl in me felt the thrill of possibility. After today, all girls may finally know that they too can grow up and be President of the United States.

And right there, I've labeled myself. You may have stopped reading, based on this personal moment I've shared. The cynic in me gets that. As I said, I pushed that feeling down two times; dismissed it as silly and dramatic. But there's no denying that it kept me awake, when my internal clock knows I need several more hours of sleep. It pushed me out of bed, and left me needing to put these thoughts down. For months and months, I've read other women express this hope. I've seen the memes, the op-eds, the blog posts and reports; a woman is running for President. I've also seen the mud slinging and ugliness all around, and like so many, I've mostly felt stressed... simply wishing this was over.

But the second thought that woke me up this morning was this: regardless of its outcome, today is history making. This election has been more divisive than any election I remember, in the thirty-five years that I've been voting. The first time I cast a ballot was my senior year of high school: Jimmy Carter and Ronald Reagan. It felt historical to me, because I was voting for the first time-- the polling place being my high school, center of my then universe. I have never missed a vote, since that first year I was able; it's a right and a privilege I take very seriously. And while that election felt important for personal reasons, this morning I woke up and felt an overwhelming sense of history. I woke up and felt an undeniable excitement in knowing that this election will be remembered for many years to come, as historical, for reasons that are both simple and complex, at the same time.

Strangely, these two emotions, as I woke in our still dark room, were bigger than the increasing anxiety and stress I've felt, as both sides have amped up their ads, the news has reported 24/7 the same few stories, and the nation has been unmistakably divided. Putting aside all of that, what woke me was the sense that today we are watching something that will be discussed for a long time, regardless of the outcome. Whether it's history or herstory, it's changed everything. Like him or not, Trump is different from any candidate I've ever seen run for President of the United States, and Clinton is the first female candidate of a major party, nominated for that office. The girl in me woke giddy with the potential of that; the adult woke in reverence for the historical import of it all, and the weight of this outcome.

Again, it's not hard to guess what side I'm voting on this ballot, from the things I've shared here, but having spent weeks discussing it, and an entire day calling folks to encourage, I woke today free from those thoughts, free from the need to convince or cajole, argue or discuss-- for these few, quiet moments before I go to the polls, turn on the news, or face my neighbors and friends. I woke thinking of my niece and two nephews, who will be voting in their first election. I remembered the heady sense of importance I felt in 1980, when I faced the first election where my opinion counted. I woke thinking of finality of Election Day, when votes are finally counted. I woke with reverence for the process. Even in an election that has left so many of us shaken and disgusted, I woke knowing that my vote does count, and the process is important.

I woke thinking of the incredible people I talked to yesterday -- every one of them living very different lives from me, as demonstrated in the conversations we had and the details we shared. I woke thinking about "Samuel," my first call of the day, who was so kind and such an old school gentleman, that I knew I could make the rest of my calls with confidence, though I started outside my comfort zone and nervous. In his 70s, he spoke with such passion about his right to vote, and his community-- who worries about "stolen ballots" and "doesn't trust the system." I spoke to two girls, both twenty, who weren't planning to vote, because they'd always heard "it didn't really matter," and and incredibly polite young man, also twenty, who said "yes mam, I've been waiting a long time to finally get my chance to vote." I looked at my signed and sealed ballot, waiting on the counter to be taken to our local polling place, and felt gratitude for all I have, and honored that many of the people I called, took the time to kindly take my call, and tell me their thoughts. Plenty hung up; only one swore at me.

I woke with the sober realization that I have unconsciously raised my daughter, now a mother herself, with the belief that she could not actually be anything she wants. Because for all of my words to the contrary, it was only this morning that I knew that I never really believed them myself. It was only this morning, as these big emotions washed over me, that I realized that I never thought a woman might truly do this. I could not go back to sleep, for the reality of what I have kept from my own daughter, and what I have kept from myself. I couldn't go back to sleep for the six-year-old-Christmas-morning-anticipatory sense of possibility, that I finally allowed myself to feel... at 5:30 morning. Just before I started to cry.

It doesn't matter what side you're on, now. The unstoppable wheels are spinning. It's three hours later in the city where I grew up. Votes are cast, and will be for another twelve hours here on the west coast. We probably won't know the outcome of this election for days to come, and given Mr. Trump's promise of keeping us "in suspense," it may be weeks. But for better or worse, and in my humble opinion: much of it has been worse, this election is history making already. The wheels are spinning, the debates rage on, but I woke up giddy... and for these few minutes, I'm savoring that.

Are you planning to vote? Share your thoughts in the comment section; I'm listening. But let's all take a moment to be thoughtful. We each have the right to vote for whoever we want; we don't need to sling any more mud. Share/Like on FB; simple things make me happy! Become a "fan," with the icon next to my name, at the top. If you'd like to read more of my writing, check out my blog Tales From the Motherland, and Follow me on Twitter

PHOTO GALLERY
What Have You Stopped Stressing About?
Download
Calling all HuffPost superfans!
Sign up for membership to become a founding member and help shape HuffPost's next chapter
Join HuffPost
Follow Dawn Q Landau on Twitter: www.twitter.com/DawnQLandau

Dawn Q Landau
Mother, Writer, Traveler, Treasure Hunter and Sushi lover. Dawn was named a BlogHer "Voices of the Year" for 2015, A HuffPo 50's "Must-Read Blogger for 2015," and she writes regularly on her blog: Tales From the Motherland.

Pause And Take This In -- Today We're Making History
What Have You Stopped Stressing About?