July 22nd may not mean much to most of us, but, thanks to the European format of dates (day first, month second), 22/7 has become a day for math devotees to celebrate. While this year's Pi Day was especially unique, July 22nd is "Rational Pi Day", celebrating an earlier and significant attempt to rationalize this ubiquitous irrational number with the fraction 22/7.

Mathematicians often think in analogies, and so, to celebrate, I will address several real-world issues that seem irrational and attempt to bring rationality to them. As a quick reminder, an irrational number is one that never ends or repeats. Pi, as well as the vast, vast majority of numbers, has this property, whereas fractions of integers, like 22/7, do not--they are called rational numbers.

On the global scale, one of the highest forms of irrationality surrounds the media coverage of sharks. Sharks, apex predators of the oceans and an ancient species that has maintained order and balance in the seas for ages, regularly make the top story list, sadly, due to their attacks on humans. It turns out, in actuality, on average, there are roughly 75 reported shark attacks per year globally and only a handful of these are deadly. Many of these 75 or so attacks make international news. Human life is precious, but the coverage around it is completely irrational given the millions upon millions of people who go into the water each year. For example, in any year, your odds of dying in a shark attack are roughly 1 in 260 million. 260 million is roughly the number of people who will attend all NFL games for the next 15-20 years (based on last year's attendance). Yes, that's every game in every stadium for 15-20 years. You are 3,000 times more likely to die from drowning and 40,000 times more likely to die in a car accident. This irrationality should be replaced by much more rational coverage focused on the dire predicament of sharks themselves, as 100 million sharks are killed annually by humans (that is, about 1,000 every 5 minutes). Shockingly, experts consider that estimate to be low. The consequences of this are staggering, as many shark species numbers have dropped by more than 70% (some upwards of 90%), leaving many on the precipice of extinction--and the ocean lacking a predator to keep its ecosystem in order. 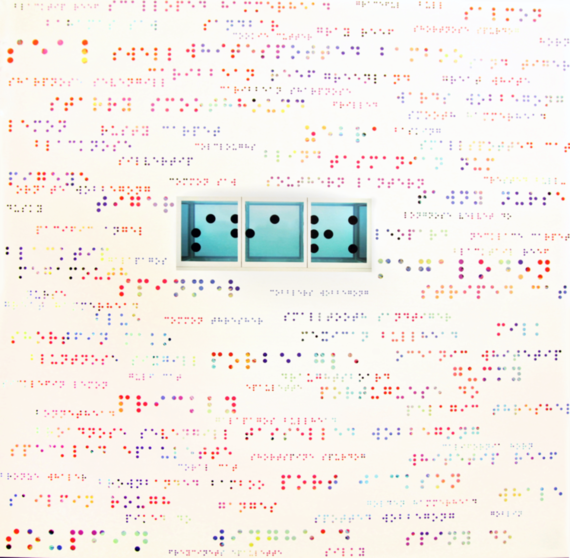 Save the Sharks doesn't have quite the same ring to it as Save the Whales, and these carnivorous predators lack the "songs" that launched the movement to bring whales back from the brink of extinction. But irrational news coverage focusing on brutal attacks doesn't help. It is mind-boggling that we are enamored of great creatures of the past and flock to movies like Jurassic Park, and yet we live in a world where these predators, who can be upwards of 20 feet and 4000 pounds, are vilified and killed in droves--even Shark Week began with coverage of shark attacks. While it is too nonlinear to know the exact consequences of mass extinctions, it has to be clear that eliminating the top predator in an ecosystem that covers 71% of the world's surface cannot be a positive. My piece, entitled "Soup", points to the fact that if we don't address this soon, we will only see these enormous creatures in formaldehyde tanks in museums.

So when we look at irrational situations we need to make rational, this looms large. It is heartening to see some, like the people in Cape Cod who towed a beached Great White back out to sea, recognizing the value and importance of these creatures. It needs to become the norm, though, rather than the exception.

Alongside this issue that touches our global ecosystem, we have societal issues as well that suffer from irrationality. The United States, the land of the free, has the highest incarceration rate in the world. A significant contributor is mandatory sentencing for nonviolent drug offenses--to which a bipartisan coalition and President Obama, with his recent visit to the El Reno correctional facility, have been drawing attention. Originally named "Rockefeller Laws" after the New York governor who was in office at the time, these laws and variants on them have spread across the country and are only recently seeing the beginnings of reform. The expression "football numbers" is slang for a long prison sentence because the duration in years resembles numbers on a football jersey. In essence, one of the points President Obama and others are arguing for is that, in many instances, it is completely irrational for football numbers to be handed out for nonviolent drug crimes. By shortening pi (or any irrational number for that matter) to a finite number of digits, as I have in my piece "Shortening: Making Irrational Rational", we have turned an irrational number into a rational one. By shortening these sentences we will have replaced an irrational punishment with a rational one. 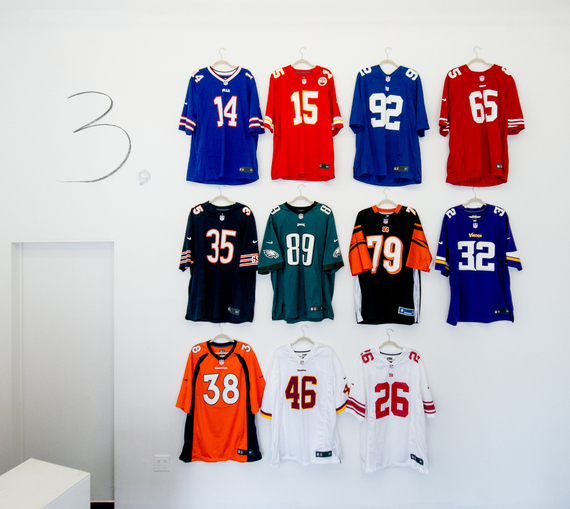 For those more mathematically inclined, I'll conclude with an equation. A simple approximation for pi is the number 3, and 3=1+1+1. Sadly, 3 also equals 1 when it comes to another irrational use of the ocean's resources. It requires 3 pounds or more of wild fish like herring, anchovies or sardines to feed 1 pound of farm-raised salmon. While the details of this waste are beyond the scope of this article, the billions of pounds of fish caught to feed penned salmon have a devastating environmental impact and could more rationally be used to help feed the world's hungry.

So on this Rational Pi Day, consider some of our irrational societal behaviors. Begin to take the first steps towards quelling those and taking more rational approaches to the issues that will impact us all. By drawing attention to these issues and informing one another of a measured and rational approach, we will be able to be part of a society and a world that makes a little more sense and is a little better for us all.