Many of us have heard of the 19th century novelist Horatio Alger. His stories are widely associated with "rags to riches" -- a tag that sticks even for those who have never read a Horatio Alger story.

Interestingly, Alger's stories start with rags but his heroes rarely make it to riches. Success comes when they make it from the gutter to the lowest, bottommost rung of the ladder. They go from a starving beggar to a messenger boy with a salary (Ragged Dick), from a despised stepson to a law student (Luck and Pluck).

The stories follow a formula. The Horatio Alger hero is virtuous and brave. Alger heroes don't keep the expensive wristwatch they find on the street; they return it to the owner. Alger heroes don't watch the little boy drown when he falls off the ferry; they jump in to save him. The Alger hero's virtue gets him that first job and we readers understand that from there -- with bravery and intelligence like that! -- the sky is the limit.

But Alger's importance wasn't his puritan virtue. It was his exploration of society's unknown shadows. People knew there were street urchins. But they never stopped to wonder where they came from, where they slept at night, or what they did for food. Alger told the tales of these terrified orphans. He showed children eating people's garbage, fighting over a box with straw, or burying themselves in a sandbox. Alger's popular novels created awareness and urgency. They stirred passions, raised money, and led to legislative changes on behalf of what Alger called "these little waifs of city life."

My new novel, Making Manna, also explores the familiar but unknown. I don't show beggars or street urchins but women who clean houses for a living. My heroes are dishwashers who work overnight, and poor kids in rich suburbs. With echoes of Nickled and Dimed, I show life on the minimum wage. 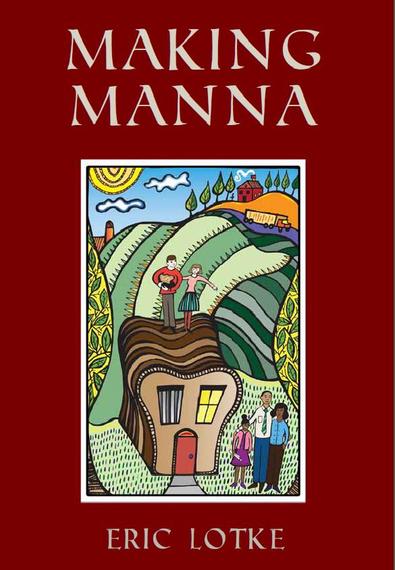 And I keep coming back to the justice system. That's where I grew up professionally -- flushing toilets in the Washington DC jail, or representing people pulled over for traffic infractions who also had some marijuana in their handbag. We've all seen courtroom dramas with cutting cross examinations and explosive closing arguments. I show people with really bad lawyers who accept really bad plea bargains, and kids who miss their parents in prison. The problems that my heroes overcome aren't disasters, avalanches and fates. Their problems are jobs that don't pay a living wage, and a justice system that solves the wrong problems, and solves them badly.

But it's not a policy brief. It's a story. My hero is a victim of child sexual abuse. The story starts the day she flees her home (Why that day? Read the book). She survives on her own (How? Read the book). She makes new friends, finds work in clever ways, saves money with intelligence and enterprise, and still can't get ahead (Why not? Read the book). She even finds a way to help other girls in the situation she once escaped.

Know going in that you might learn a thing or two -- but also know that I owe you a good time (or think I do). Horatio Alger didn't become legendary by complaining. He became legendary by telling stories that people wanted to read.

So please join me. It's new from Brandylane books. And bring your appetite. You'll spend lots of time in the kitchen.