In honor of the fact that JoAnn and I are celebrating our thirty-seventh wedding anniversary this week, I thought I'd reflect a little on what I think has allowed our relationship to survive.

People express their understandings of a marriage in many different ways, but my friends Andrew and Claudia put it like this:

I know. It's a simple metaphor, but it works. Sure, sometimes I don't feel like doing the watering, or I feel as though I'm completely out of water. I'm sure there are times when JoAnn feels the same way. But after thirty seven years, I've learned it's worth finding the emotional resources necessary to nurture my mate -- even if it means having to change my own focus or ignoring something that has irked me. In the end, making that effort comes back to me as a peaceful life, a calm environment, and a mate who digs deep for me when I need her. Being generous to someone I love seems a small price to pay.

I've known from the start that individual egos are the biggest enemy of a good relationship. Once someone begins to take umbrage, there's a problem. Once the resentment begins to pile up, and both people become unwilling to water, the flower begins to wither. The key is making a conscious decision to break the cycle - essentially deciding that peace is more valuable than whatever is hanging up the conversation. I think JoAnn and I have done this (subconsciously) by creating an "ego" for our relationship, and considering how things feel (for each of us) before blowing into the china shop. 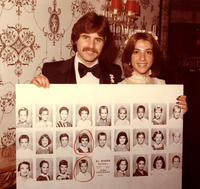 When we started out, we were just kids -- seriously, we were 24 years old. In fact, now three of our four kids are older than we were when we got married. For whatever reason, on that day and for many days before it, we had a sense that we were right for each other.

For me, marriage wasn't an emotional deal. I knew I "loved" JoAnn, but as I try to do with most things, I applied a little logic to my situation. My marriage theory was based on this thought: although I could probably approach any woman at a bar, introduce myself, have a fun conversation and end up having a "successful" evening, the fact is that I never approach that woman and I probably never would. Also, I knew that as a world-class procrastinator who never wrote a paper until the day before it was due, I figured marriage would create a series of deadlines to help me achieve my goals in life.

Both of those theories held true.

I also entered marriage with open eyes. When I told my father that I intended to marry JoAnn he said, "Son, you are going to meet three or four more women in your life whom you might find really attractive." I said, "What? Are you telling me you don't like JoAnn?" And he replied, "No, I love JoAnn, I'm just telling you what's what."

There will always be opportunities that we believe might make us happier, but trying to catch every ball may cause us to drop the one that is most appropriate for us. By letting me know that there would be understandable and common temptation, my father was trying to prepare me to acknowledge those possibilities and move on. Like an addict, I resolved to live my marriage "one day at a time" so that a lifetime of fidelity wouldn't seem so daunting -- and when the temptation to consider others arose, I made it through those days. On Wednesday I'm getting my 37 year chip. 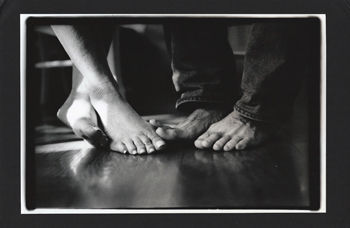 The hallmark of our marriage is that we're kind to each other. We don't yell. We don't call each other names. We don't keep score. This doesn't mean that we don't get angry, or leave each other space when one is feeling tapped out. It means that our kindness is defined by the swallowing of pride, of understanding and generosity. One of us will do the dishes when neither of us feels like it, because the dishes aren't going to wash themselves. We take care of each other, and consider each other's needs as equal to our own. It's our agreement, and we both know we're better for it.

People will object, "That's easy for you to say, you married the right person." But, the fact is we've spent years training each other. No one comes out of the box designed to co-habitate perfectly. We've learned to pick our battles. We've learned what isn't going to change, and we've managed to get over it. We all have our nuances, things that can drive others crazy... or not. Our choice is to see those things as part of the process and move beyond them. Learning to trust and communicate about them, rather than suffering in silence, is one of the keys to moving forward.