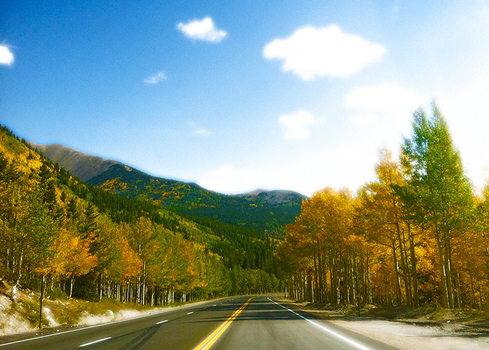 It was no joke when Arianna Huffington said on that fateful day almost 2 years ago that "Life is a dance between letting it happen and making it happen," which led to Making My Career Happen. So much has happened since then, and my ship of awesomeness finally sailed with me at the helm.

At the end of 2014, I put my name in the hat for creating and leading a new shared services team. I remember the adrenaline rush of setting up a 15-minute chat with the hiring manager, telling him why I was the right candidate (all the while my voice shaking with unrelenting nerves). And it wasn't because I didn't think I could do it. Rather a scared little voice in my head was trying to convince me why the hiring manager might not hire me.

Luckily, my courage outshone my fears and I ended up getting the position. Yet that voice persisted, underscoring my lack of perfection. "You can't, you won't succeed if you aren't perfect." While this will resonate for men and women alike, I do want to target the ladies here for just a moment. Research has shown that in general, women have more of an innate tendency to be less aggressive when it comes to their careers, from interviewing for a job, to asking for salary adjustments, to talking about aspirational career paths.

It's the demoralization we experience when questioning our core competencies and self-worth, and all due to an absurd belief that we must be perfect first before success can happen to us (men and women alike):

A year ago, a female mentor and successful business woman provided me with career-changing counsel (which I recently passed on to two women aspiring in their own careers). I sum it up to this -- Don't underestimate and undersell your imperfect yet brilliant self.

As such, let me share the ingredients that helped me to aspire in my career and as a leader recently.

While I am still (and expect always will be) a work in progress, I endeavor to inject at least one of the aforementioned ingredients into my daily life. It's what perpetually forces me out of and away from that paralyzing pit of perfection. It's what impels me to be take those uncomfortable risks.

And hey, none of this is rocket science. You've all likely read about similar principles or advice in other forums. Here's why I share my journey...if I am able to impassion just ONE of you to initiate your own similar journey, then I've contributed a little something of value to the universe and that would make me brilliantly happy.

I should call out that my husband read an initial draft of this blog and said "People won't get how hard you worked the last 2 years. You've over simplified it...they should know more." So in an effort to remain succinct in the 500-1000 word range, but still give you a sense of how many bruises I got along the way, let me say that it was a bumpy ride and that it didn't happen overnight. But it all started with getting fired up enough to instigate what ensued in 2014.

So I leave you with the message my mentor shared with me -- don't underestimate and undersell your imperfect yet brilliant self. Your own journey may not mirror mine, but it will propel you to new (albeit scary) career heights.