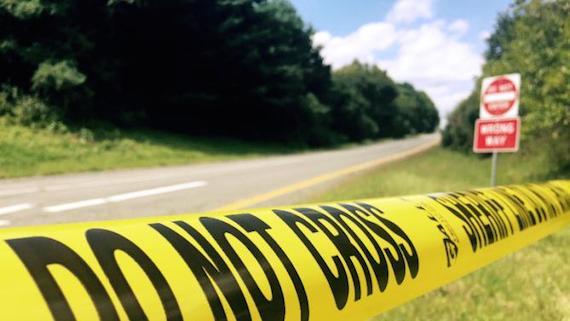 Bryce Williams was a troubled man. This was clear to anyone who recently saw him shoot and kill news reporter Alison Parker and photographer Adam Ward on live TV. He also shot the woman being interviewed, Vicki Gardner, who survived her wounds after surgery. Hours after the shooting, Williams turned the gun on himself and took his own life.

It's troubling that Williams claimed he took these actions as a response to discrimination he encountered while working at WBDJ-TV in Virginia and other news stations, where he formerly worked as a news reporter. In a 23-page "suicide note for friends and family" he says that as a gay African American, his employers and coworkers made racist comments and bullied him due to his sexuality.

While Williams' allegations have not been substantiated, even if they are later proven, his actions certainly cannot be condoned. Still, none of this should disregard the fact that discrimination is both prevalent in U.S. society, which includes prejudice in the workplace.

As we mourn the dead and remember the innocent lives taken by Williams, we also need to be careful not to let one man's drastic actions allow us to ignore those who speak out about racism, homophobia, and other types of bigotry. This certainly isn't the first racially motivated shooting in the U.S. and it stands as another wake-up call for us to tackle some major social issues before they spiral dangerously out of control.

We may never know if the actions of Bryce Williams (born Vester Lee Flanagan) were based in actual discrimination. This is what partially makes his claims so divisive. However, we don't need to have all the specific answers in this case to recognize that discrimination exists on a number of levels in news reporting, television, and other media.

TV host and news reporter Julie Chen, who is Chinese American, faced blatant discrimination for years due to her physical appearance. In the mid-to-late 1990s, around the same time Williams made early claims of racism, Chen asked her news director in Ohio about the possibility of moving from a reporter to news anchor.

Her boss told her directly, "you will never be on this anchor desk because you're Chinese. ... The audience can't relate to you because you're not like them." He also criticized Chen's "Asian eyes" and said that because they were "so small" she looked "disinterested" while conducting interviews.

Chen soon became obsessed over the appearance of her eyes, especially after a famous agent refused to represent her unless she first had plastic surgery to make her eyes look more European. The agent told Chen that she was a good reporter and that if she had the surgery done she would go "straight to the top" in her field.

Chen said she had many long conversations with her mother and father to discuss achieving her lifelong dream of being a news anchor at the risk of "denying my heritage." Although her family was split on the decision, her parents eventually supported her choice to have her eyelids cosmetically altered.

"No one's more proud of being Chinese than I am," says Chen. Still, let's be honest about the real pressures that exist for Asian Americans, African Americans, Native Americans, Latinos and other people of color to assimilate to both EuroAmerican cultural norms and physical standards of beauty.

Williams claimed that in 1999 an upper level producer called him a "monkey" along with other African Americans at WTWC-TV in Tallahassee, Florida. Did these incidents build up over the years, turning him into what he called, "a human powder keg... just waiting to go BOOM"?

In 2000, Williams filed a lawsuit against WTWC for wrongful termination based on several grievances of racial discrimination. The news station denied any wrong doing, yet admitted that at least one of his complaints "may have" occurred and supposedly settled out of court.

Some people still feel comfortable both publicly and privately criticizing any language or dialect that is spoken outside of non-standard English - this is ironic since the U.S. has no official national language.

Many people don't consider this type of microaggression a big deal, yet there is something deeply rooted in one's language that is personally connected to their identity. Therefore attacking language is a personal insult to people.

Slight snubs like these are often seen as harmless, even in the professional setting. Still, microaggressions can deeply affect marginalized people, who usually fall silent due to the lack of power they feel they posses in the workplace. It's difficult to stop a conversation and call out a relatively small, yet offensive, comment, especially when your peers think you're "overreacting."

These comments can add up, wear on a person, and increase one's frustrations (Williams said his issues "had been building steadily" over the years). Attempting to check that power in the workplace may also risk retaliatory consequences.

Williams seems to have made similar legal claims against two of his former employers. The last legal complaint against WBDJ was thrown out of court just several weeks before he shot his former coworkers in Virginia.

Troublemaker or Canary in the Mine?

As Bryce Williams fled the scene of the shooting, an unverified twitter account in his name attempted to explain the actions taken against his victims. The tweets explained that Adam Ward reported Williams to human resources and that "Alison [Parker] made racist comments," which may have been reported to the EEOC (Equal Employment Opportunity Commission).

Granted, this information is not verifiable, but just this week Target Corp. agreed to pay $2.8 million to resolve a massive EEOC complaint. Over the past decade, Target systematically gave tests that weeded out a disproportionate number of women, along with African American and Asian Americans, from upper-level positions.

While none of this justifies taking someone's life, this is just one of many examples that prove discrimination both big and small exists in the U.S. workplace. We have to create spaces to talk about these issues at both the individual and institutional levels.

Williams' actions raise questions as to why some of his former coworkers and employers have described him as an argumentative troublemaker, while others say that he "was always good-natured, always had a smile on his face, always laughing and joking."

Was he a disgruntled employee simply dissatisfied with his lack of job advancement or was he bringing up real issues on the job that were not being addressed? It also could have been a combination of both.

The Right To Be Angry

It's difficult to make sense out of what appears to be senseless gun violence. Certainly, the actions of Bryce Williams taking the lives of Alison Parker and Adam War followed a dangerous logic - a twisted logic similar to the AME Church shooting in Charleston.

It's also extremely troubling that Williams specifically accepted Dylann Roof's call for a "race war." This was a call to action that Roof expected his "white supremacist" brethren would answer after he took nine innocent lives in Charleston. Two days after the church shooting, Williams says he bought the gun he used to shoot his former coworkers.

We cannot verify Williams' claims of job discrimination and there will still be conflicting accounts over his motivations after officials release further information. What we know is that he was upset and he felt unheard (which is why he posted video of the shooting).

"Yes, it will sound like I'm angry... I am," wrote Williams in his suicide note. "And I have every right to be," he continued. Though Williams should not have taken out his anger through violence, perhaps he did have the right to be angry.

There are certainly others who have felt the sting of prejudice on the job and in their lives, and nothing was done about it. They have justifiable claims that need to be addressed, not silenced. We can help by first listening; then we need to take action.

Note: Authorities had not released the complete 23-page suicide note of Bryce Williams at the time this article was written.