Over 40 years after its initial publication, Natalie Babbitt's award-winning 1975 novel Tuck Everlasting comes to life on stage in a new Broadway musical, opening April 26th at the Broadhurst Theatre. As this Broadway season celebrates the first all-women creative team for the musical Waitress, it's also important to recognize that women have written some of the other musicals opening, especially when those musicals tell women's, or in this case, young girls', stories. Tuck Everlasting has four writers, one of whom is the only woman on the creative team: co-bookwriter Claudia Shear.

Shear is known for her un-family friendly plays such as Dirty Blonde about the life of Mae West, and Blown Sideways Through Life about the 64 jobs Shear had undertaken in her early career. Even composer Chris Miller, who had seen Dirty Blonde back in 1999, was surprised by this choice for a children's story set in turn-of-the-century New England. "I was taken aback when the producers suggested we meet her, as her body of work didn't seem in line with such things," he said in an email. "However, her take on the Tuck material was both refreshing and interesting." 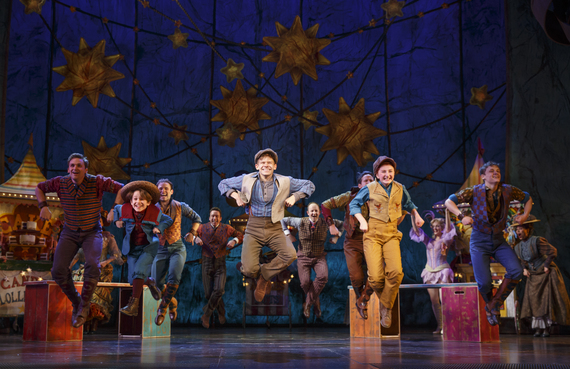 The cast of Broadway's Tuck Everlasting

When I read Tuck Everlasting in my second grade classroom, it was my first encounter with a young, complicated female protagonist. The story is told from 11-year-old Winnie Foster's point of view as she makes the decisions to run away from her overbearing family and to help the Tucks--a family who can live forever thanks to a magic spring. She must also decide whether to drink from the spring herself when she turns 17.

Babbitt imbued Winnie with the strong yet uncertain desires of youth (Winnie says in the book: "I'm not exactly sure what I'd do, you know, but something interesting-- something that's all mine. Something that would make some kind of difference in the world.") and the courage to act on them. She's the perfect heroine for thoughtful and quietly ambitious young readers. 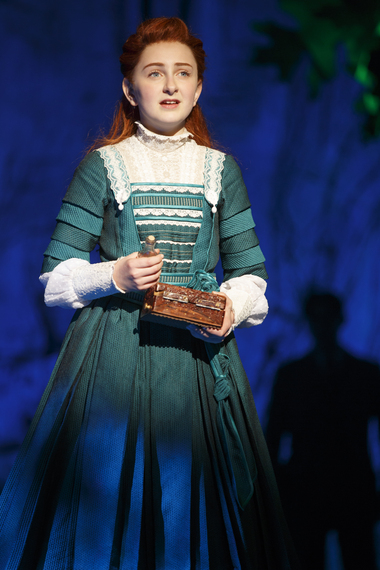 Shear had not read Tuck Everlasting until producer Beth Williams approached her about working on the project, but when she finished the book she knew she had to write the musical. "I felt a chill," she said in a phone interview. "That's how I know something is right; I get a physical reaction."

That initial chill led to a six-year journey of telling Winnie and the Tuck's story. Though she didn't write the music or lyrics, every song, with the exception of "The Wheel," which had already been written, came out of discussions Shear had had with Miller and lyricist Nathan Tysen. "There really isn't a song moment in the show that doesn't have Claudia's DNA in it somewhere," Miller said.

But Shear can point to a specific character moment that would not have existed without her input as the sole female writer. The song "My Most Beautiful Day," which the matriarch Mae Tuck (played by Carolee Carmelo) sings to Winnie, describes a specific day when a woman looks back and thinks, that was the day I was the most beautiful, an idea inspired by Shear's mother who had worked in cosmetics. Shear wrote pages upon pages about the passage of time and the wearing away of beauty. Miller and Tysen then turned those pages into the song with the poignant lyric, "Looking back is something to look forward to."

"We probably never would have written a song like that one in that moment if it had not been for her," Miller said. 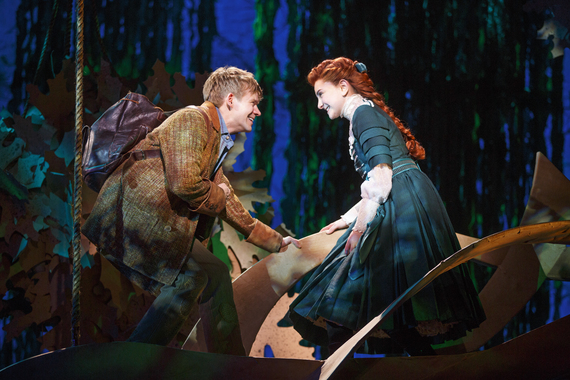 Shear is aware she's creating a special kind of musical heroine. There have been many leading girls in Broadway musicals, from Annie to Matilda to The Secret Garden's Mary Lennox, but Winnie is a bit of a different breed. She's the only child in the story--no classmates, no fellow orphans, no siblings or cousins. Shear classifies the show more as an adult musical. "Annie is a child's story," she said. "Yes, [Tuck Everlasting] stars a young girl, but it is a larger story, one for all of us." Winnie in a world of adults, and, with those adults, she explores the profundity of life and death.

To further Winnie's connection to those complex ideas, Shear made changes from the original novel with Babbitt's blessing. In the musical, Winnie's father has passed away, leaving only her mother and grandmother to care for her. "[Winnie's] experience of death had to be personal," Shear said, "so the idea of facing death herself, she had to have seen it, what it does, what it leaves behind."

There was also a challenge in taking a book full of beautiful descriptions and turning it into a dramatic work for the stage. This process included writing a new ending and taking minor characters, such as the constable, and expanding their roles. Even Miles and Jesse, the two Tuck sons, are given deeper perspectives. 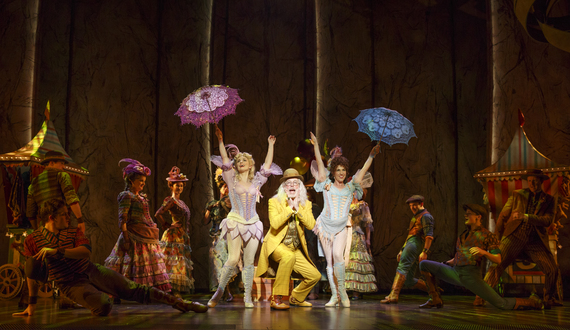 Terrence Mann and the cast of Broadway's Tuck Everlasting

Shear was the sole bookwriter throughout the six years and multiple readings, workshops, and productions, including the cancelled world premiere at Boston's Citi Performing Arts Emerson Colonial Theatre in 2013, due to no available Broadway theater, and the subsequent 2015 premiere at Atlanta's Alliance Theatre. Then, in early January of this year, just months before the Broadway opening, it was announced that best-selling young adult author Tim Federle would be joining the team as co-bookwriter. Federle's novel Better Nate than Ever was in part inspired by his experience coaching the child stars of Billy Elliott on Broadway. He also appeared as an actor in the 2003 revival of Gypsy, Chitty Chitty Bang Bang, and The Little Mermaid.

Federle also served as the assistant to the director, Tony-winner Casey Nicholaw, on Tuck Everlasting's first reading. When Nicholaw brought him in to work with the team, Shear welcomed the collaboration. "After six years, a fresh eye is a good thing," she said, adding that she found Federle's books charming. She also acknowledged that, "When you're the director, whatever you need you should have."

Federle entered the project respectful of what Shear had already created. "The biggest challenge was in not upsetting the many elements that were already 'working' about the script," he said in an email. "Claudia invented characters and scenes that weren't in the original novel, so it was important to me to maintain as much of that as possible." He referred to his input as mostly the suggestion of moving scenes and songs around. "My job was to bring both a fresh perspective on the material and also my background writing material for young readers," he said. "But ultimately we're all winging it as we go along."

Tuck Everlasting is their first experiences writing book, and the process is different from the solo acts of writing novels and plays. Shear likens writing book to the story of Rumpelstiltskin. "As bookwriter, you are in a room of nothing and out of nothing you pull straw and then hand that straw to the composer and lyricist who turn it into gold," said Shear. "Your best moments become the song and dance."

As each Tuck Everlasting writer has worked to spin this tale into gold, Shear has not only brought Winnie and the Tucks to life but has increased the presence of women writers and women's perspectives on Broadway.

"Her instinct is to veer away from the sentimental," said Tysen of Shear. "Claudia is a Brooklyn-raised, quick-witted, bawdy, tri-lingual, exceptionally well-read woman of the world who has arguably held more jobs and traveled more places than all of the Tucks combined--and they've been living for 100-plus years."