Don't set off running unless you can see the finish line.

We all face times in life when we find ourselves in a situation that's so lousy, we're ready to run headlong for anything, anyone, or anyplace. We're desperately looking for something different, without regard for whether it's better, healthier, or even what we want. We just have to get out, so the plan is "Ready, fire, aim!"

Sometimes it may be okay to shoot and then declare what you hit as your target -- but not when we're talking about your marriage, your career, or your life goals. That's why every time you're looking at a major decision, your first test should be to make certain you're running toward something instead of running from something. You need to ask yourself, "Is this an escape-based decision or a target-based decision?" If it's the former, you may be going from the proverbial frying pan right into the fire.

Think back to geometry class: You can't make a straight line unless you can connect two points. When all you've got is a starting place but no destination, you're left with just a dot. How can you plot the trajectory of your life that way? The only direction you're headed in is "Not here!"

I've watched people make this mistake practically all my life. Where I grew up, in small towns throughout Texas and Oklahoma, some young women were so determined to get out of their parents' house, they'd marry the first ol' boy who came along -- all they were after was a new address. No one ever asked herself what she really wanted out of a life partner, and all she did was trade one bad situation for another.

I still see this happening with people who can't stand being single anymore. They run from loneliness or the judgment of those who think everybody should be coupled up. They walk down the aisle knowing in their heart that what they're doing isn't right -- and in a few years they realize they've got a spouse who doesn't share their values or, worse, treat them with love and respect. What the hell kind of decision is that?

Of course, this doesn't just apply to choosing a partner. I'm also thinking about people who are desperate to get out of unfulfilling jobs, so they take the first opportunity they can find. Who cares if it has nothing to do with their true aspirations? As soon as they get an offer, any offer, they take it, and then they're even further from what they've dreamed of.

If an option looks good on paper but it's not what you really want, then it's not the one for you. For instance, after I got my PhD, I was offered a position on the faculty of my university. The new job would bring me prestige and a decent paycheck, and the prospect was mighty tempting -- but I thought, "Even if this lives up to 100 percent of its potential, it will still not come close to my ultimate goal." What I really wanted was to build my own business helping people, so I walked away. And I have never regretted it, because if I'd said yes, I probably wouldn't be here now, doing what I love most.

Escape-based choices are almost always disastrous, because they solve only half the problem. Target-based decisions at least have a shot at being successful, so keep that in mind every time you have a significant choice to make. Don't be pushed away from what you don't want; let yourself be pulled toward what you do want. I'm not saying your end goals can't change -- of course they might. But don't tell yourself, "So what if this isn't what I'd hoped for? Heck, it beats what I've got." You deserve better.

Dr. Phillip C. McGraw's daily talk show is in its 13th season. He has written seven best-selling books; his latest is Life Code: The New Rules for Winning in the Real World (Bird Street).

OWN Experts Own OWN Empower Yourself Dr. Phil Decision Making

The One Way To Tell If You're Making The Right Decision
Dr. Phil: 6 Steps to Self-Assurance 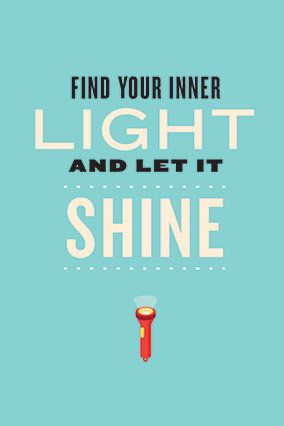 1 / 6
It's human nature to think negatively. Studies show that negative thoughts and emotions are quicker to form, attract more of our focus, and are more likely to be recalled than positive ones. Confident people aren't immune to pessimistic self-talk, but they also recognize and value their strengths -- and you should, too. If you have trouble pinpointing your positive attributes, start by thinking about one trait that has served you well in life. (Perhaps your perseverance helped you land your job.) Then get your loved ones involved. Try this approach: <strong>1. Open with telling them what you like most about yourself. </strong> Your perspective will provide a jumping-off point for your loved ones -- and help them brainstorm their favorite things about you. <strong>2. Prepare to be surprised. </strong> You might think your calm demeanor is your strongest attribute, but others may value your spontaneity. <strong>3. Ask your loved ones for more details. </strong> Encourage them to cite specific examples of your most appealing traits in action. <strong>4. Once you identify your best qualities, share them. </strong> The more you project your strengths, the more powerful they can become. By repeatedly putting yourself in a position where you feel you're at your best, you build trust in your abilities and assets.
I Love Dust