Malala Yousafzai is calling on world leaders and officials in Myanmar to stop the persecution of the country’s Rohingya Muslims.

Stripped of citizenship and subject to violence and discrimination, the Rohingya Muslims have been fleeing Myanmar in recent months. Thousands of migrants have been rescued off the coasts of neighboring countries after escaping by boat.

Myanmar, formerly known as Burma, has denied that the Rohingya are being persecuted in the majority Buddhist country.

However, multiple international human rights groups, like Amnesty International and Human Rights Watch, have spoken out against the persecution of the Rohingya. The United Nations refugee agency has called them one of the most persecuted minorities in the world.

Yousafzai is an education campaigner and girls’ rights activist. She co-founded the Malala Fund after she was shot by the Taliban in 2012 for her progressive ideas. The organization has supported girls in Pakistan, Kenya, Sierra Leone and Nigeria. Yousafzai became interested in the plight of refugees while working to secure access to education for Syrian refugees in Jordan and Lebanon.

“Today and every day, I stand with the Rohingyas,” Yousafzai said in the statement. “And I encourage people everywhere to do so.” 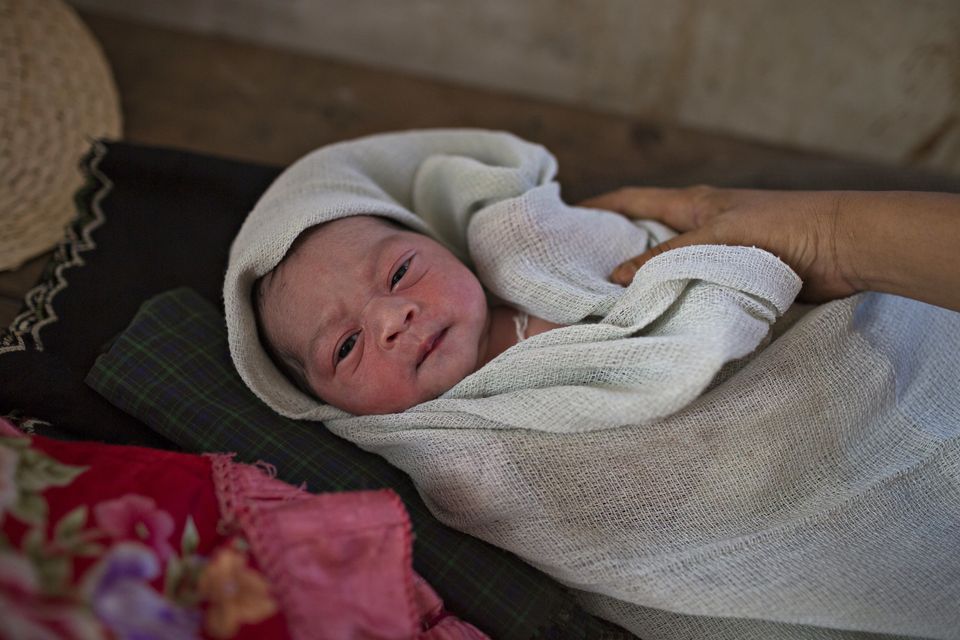 1 / 27
Rohingya Refugees Face Health Crisis As Myanmar Cuts Off Aid
SITTWE, BURMA - MAY 07: A baby, only several hours old, lays on a bed of boards in the Dar Paing Clinic inside the Dar Paing refugee camp on the outskirts of Sittwe on May 7, 2014 in Sittwe, Burma. 150,000 Rohingya IDP (internally displaced people) are currently imprisoned in refugee camps outside of Sittwe in Rakhine State in Western Myanmar. Medecins Sans Frontieres (MSF), the primary supplier of medical care within the camps, was banned in March by the Myanmar government. Follow up attacks by Buddhist mobs on the homes of aid workers in Sittwe, put an end to NGO operations in the camps. Though some NGOs are beginning to resume work, MSF remains banned and little to no healthcare is being provided to most Rohingya IDPs. One Rohingya doctor is servicing 150,000 refugees with limited medication. Several Rakhine volunteer doctors sporadically enter the camps for two hours a day. Births are the most complicated procedures successfully carried out in the camps, requests to visit Yangon or Sittwe hospitals for life threatening situations require lengthy applications and are routinely denied. Malnutrition and diarrhea are the most widespread issues, but more serious diseases like tuberculosis are going untreated and could lead to the rise of drug resistant tuberculosis (DR-TB). (Photo by Andre Malerba/Getty Images)
Getty Images