LONDON, Nov 9 (Reuters) - Tens of thousands of Britons called on the government on Friday to nominate Malala Yousufzai, a Pakistani girl shot in the head by the Taliban for advocating girls' education, for the Nobel Peace Prize.

The 15-year-old is receiving specialist treatment in the English city of Birmingham after gunmen shot her on Oct. 9 for standing up against the Taliban and openly advocating education for women.

The attack has drawn widespread international condemnation and Yousufzai has become a powerful symbol of resistance to the Taliban's attempts to suppress women's rights.

On Friday, a campaign led by a Pakistani-British woman urged Prime Minister David Cameron and other senior government officials to nominate Yousufzai for the Nobel Peace Prize.

"Malala doesn't just represent one young woman, she speaks out for all those who are denied an education purely on the basis of their gender," campaign leader Shahida Choudhary said in a statement issued by global petition platform Change.org.

More than 30,000 people have signed the petition in Britain as part of a global push by women's rights advocates to nominate her for the prize. Similar campaigns have sprung up in Canada, France and Spain.

Under the Nobel Committee's rules, only prominent figures such as members of national assemblies and governments are able to make nominations.

Yousufzai was unconscious and fighting for her life when she was flown to Britain a month ago but the hospital in Birmingham where she is being treated says she is recovering well.

On Friday it released photographs of Yousufzai reading a book and clutching a white teddy bear, dark bruises covering her eyelids.

She appeared serious and focused on her reading, her hair covered with a bright pink-and-white scarf.

Her father and other family members have flown to Birmingham, which has a large Pakistani diaspora, to oversee her recovery. On Oct. 26 her father said his daughter would "rise again" to pursue her dreams after hospital treatment.

Her shooting was the culmination of years of campaigning that had pitted the young girl against one of Pakistan's most ruthless Taliban commanders, Maulana Fazlullah.

Fazlullah and his men have taken over Yusufzai's native Swat Valley and have blown up girls' schools and publicly executed those they deem immoral. An army offensive in Swat has however forced many Taliban fighters to flee.

The call to nominate the girl comes on the eve of this Saturday's "Global Day of Action" for Yousufzai, marking one month since her shooting.

In October, the Nobel Peace Prize went to the European Union for promoting peace and democracy. (Editing by Andrew Roche) 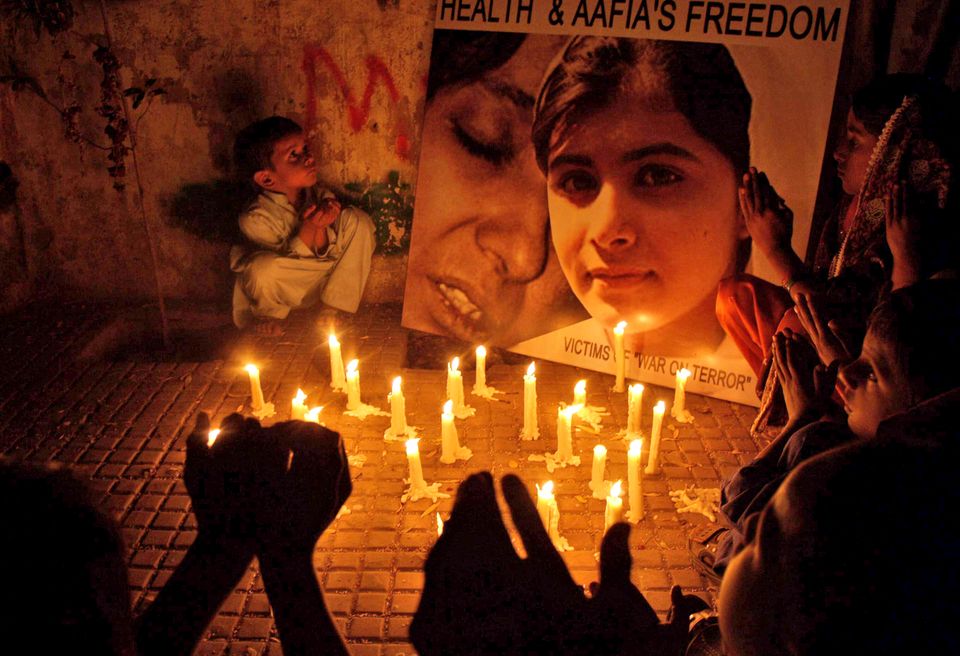 1 / 7
Pakistani children sit around a picture of 14-year-old schoolgirl Malala Yousufzai, who was shot last Tuesday by the Taliban for speaking out in support of education for women, as they pray for her recovery during a candlelight vigil in Hyderabad, Pakistan, Saturday, Oct. 13, 2012. (AP Photo/Pervez Masih)
AP