Two days after a Taliban-orchestrated attack on teen activist, Malala Yousafzai, triggered an uproar in Pakistan, more than 50 Islamic Scholars from the ‘Sunni Ittehad Council’ condemned the incident as unacceptable.

The Express Tribune reports that in a collective fatwa, a religious edict, issued in Lahore on Thursday, the scholars asserted that the Taliban’s interpretation of Islam defies and distorts the actual interpretation of the Shariah.

“Islam does not stop women from acquiring education and by attacking Malala the Taliban have crossed the limits of Islam,” the scholars noted, according to Dawn.

Prophet Muhammad (pbuh) had regarded the sanctity of Muslim’s life and property more important than the sanctity of the ‘Kaaba’ (sacred Muslim place),” the scholars said, adding that the “murder of one innocent human being is equivalent to murder of entire humanity.

The Sunni Ittehad Council is an alliance of leading religious figures, who oppose what they perceive to be the growing Talibanisation of Pakistan.

14-year-old Malala Yousafzai narrowly escaped an assassination attempt by the Taliban on Tuesday on her way back from school. According to witnesses, masked militants shot the girl in the head and the neck. The BBC reports that doctors say she remains in critical conditions, despite some “minor improvements.”

Taliban spokesman, Ehsanullah Ehsan, told the New York Times that Yousafzai’s campaign for education rights was designed to promote Western secularism in the region and that they would shoot her again if she survives.

A vocal advocate of women’s rights and education, Malala came to the fore three years ago when she started writing a diary for BBC Urdu about life under the Taliban in Pakistan's Swat Valley.

She has been nominated for several international awards, including the 2011 International Children’s Peace Prize. 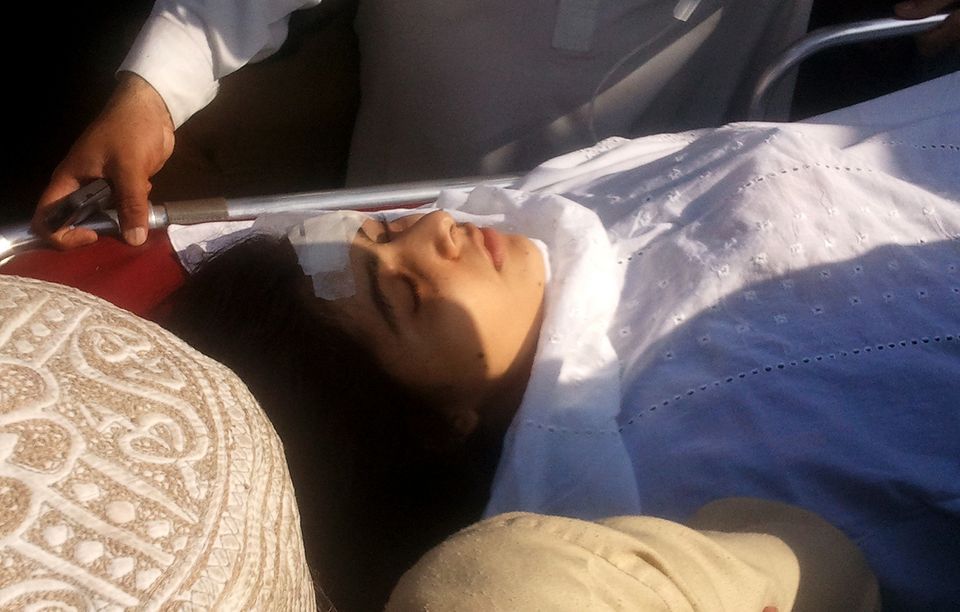 1 / 8
A wounded Pakistani girl, Malala Yousufzai, is moved to a helicopter to be taken to Peshawar for treatment in Mingora, Swat Valley, Pakistan on Tuesday, Oct. 9, 2012. A Taliban gunman walked up to a bus taking children home from school in Pakistans volatile Swat Valley Tuesday and shot and wounded a 14-year-old activist known for championing the education of girls and publicizing atrocities committed by the Taliban, officials said. (AP Photo/Sherin Zada)
AP