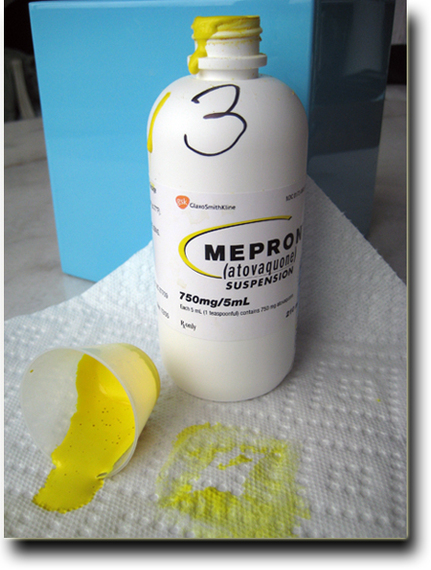 In 2011, the United Kingdom stopped requiring that dogs brought into the country be inspected for ticks. Earlier this year, several dogs tested positive for babesia, a malaria-like disease transmitted to ticks that previously had only been found in foreign. These dogs had never left the U.K.

While babesiosis is a new worry to U.K. dog owners, it's been a threat to human beings for years -- it just hasn't become a health-scare-of-the-week like Zika, West Nile, avian and swine flu. Most people have never heard of it.

Babesia microti, the protozoan that causes babesiosis, occurs throughout continental Europe and Asia, as well as throughout New England and northern Midwest regions -- the same areas in which Lyme disease is most often diagnosed. It's no coincidence: Lyme (Borrelia burgdorferi) and Babesia both are transmitted by ticks, along with a number of other pathogens. Like Lyme and Plague (bubonic plague), Babesia is a zoonotic illness, meaning that it is transmitted from non-human animal hosts to human hosts.

Babesia microti is a tiny parasite that invade red blood cells. Many healthy individuals who contract Babesia don't show any symptoms. Among those who do, symptoms can be similar to the flu, including "fever, chills, sweats, headache, body aches, loss of appetite, nausea, or fatigue," according to the U.S. Centers for Disease Control and Prevention (CDC). Many patients also report the sensation of not being able to catch their breath, known as "air hunger," resulting from a deprivation of oxygen. The parasite can also destroy red blood cells (hemolytic anemia), which causes the oxygen deprivation -- and which can be fatal.

According to the CDC , "people who do not have symptoms or signs of babesiosis usually do not need to be treated"; however, Medscape, a website resource for physicians, recommends "treatment for all diagnosed cases to prevent [long-term damage from the latent infection, known as] sequelae and potential transmission through blood donation." Medscape also states that, "In addition, patients should be advised to take precautions against tick exposure and to refrain from donating blood until completely cured of babesiosis."

Transmission of the Babesia microti via blood donations has become an increasing concern in recent years.

Because most patients who have it are asymptomatic, and presumably because the CDC doesn't recommend treating it in such cases, many blood donors either don't know that they are infected with Babesia or that the infection poses any potential risk to those who will receive their blood.

One year ago, New Jersey former First Lady Jean Byrne died from babesiosis after having acquired the disease from a blood transfusion. According to the Food and Drug Administration (FDA), 38 percent of deaths due to microbial infections resulting from blood transfusions are caused by Babesia microti.

In a 2012 episode of Discovery's "Monsters Inside Me," Brittany Goff discovered -- as many Lyme disease patients do -- that in addition to Lyme, she also was infected with Babesia parasites that were compounding her illness. "I had never heard of babesiosis before in my life," Goff said. "I was completely shocked. It was scary to know that I've had a parasite living in my body for the past eight years and I didn't even know it." According to Medscape, about 20 percent of patients who test positive for babesiosis also have Lyme disease, and "the symptoms experienced by these patients are more severe symptoms and last longer than those experienced by patients who have either disease alone."

Because of the increasing prevalence of babesiosis from blood transfusion, a Rhode Island blood bank laid off 60 employees to make up for the costs of testing for Babesia last year. Nationally, donated blood is not tested for the parasite -- although that may be changing soon. A year ago, the FDA issued a recommendation to test all blood for Babesia, and the American Red Cross presently is participating in a study with a company called IMUGEN to test some of the blood supply for Babesia microti.

The non-testing policy for Babesia in donated blood is a stark contrast for the FDA's highly conservative HIV policy, which not only tests all donated blood samples for the HIV virus, but which also prohibits blood donations from any man who has had sex with another man within the past 12 months (yet has no similar prohibition against heterosexual men and women, regardless of the number of sex partners or whether those partners engaged in high-risk sexual activities). The federal approach to tickborne illnesses is quite the opposite, as the CDC recommends (as referenced above) against treating asymptomatic people who carry Babesia -- even though donated blood is not tested for it.

Just last week, an article published in Current Opinion in Hematology found that transfusion-transmitted babesiosis "imposes a significant health burden on the United States population. Further research is needed to better inform decisions on optimal screening strategies and reentry criteria, but given the acute need and the currently available screening tools, initiation of blood donor screening to prevent TTB should be given high priority." And an article published last month in Transfusion Medical Review found that 19 percent of patients found in medical literature to have been infected with Babesia via blood transfusion died as a result; of those who died, a minority -- 34 percent -- were over age 65.

Babesia can be treated. The Columbia University Lyme and Tick-Borne Diseases Research Center recommends a combination of atovaquone (Mepron), a bright yellow, paintlike liquid antibiotic also used to treat malaria, and azithromycin for seven to 10 days in patients who have moderate symptoms. For patients with severe symptoms, the center recommends intravenous antibiotic (clindamycin) and quinine for the same length of time in healthy patients; however, in the case of immunocompromised patients (which may include those who have Lyme disease), "studies have shown an association between longer treatment duration and a positive outcome; therefore, treatment of these individuals should be continued for weeks or months until blood smears are negative for at least two weeks."

As fall approaches, families should remain vigilant about checking for ticks -- including checking family pets. Humans and other animals are susceptible to Lyme disease and Babesia, and as living "dirty needles," ticks often carry and share many different infections that, together, can be devastating to a person's, or a dog's, wellness.

US Presidential Election 2020
Breaking news, analysis and the latest polls on the presidential race from HuffPost’s politics team
See More
Voting Made Easy
Register to vote and apply for an absentee ballot today
Register now
More:
healthy livinginfectionslyme diseaseticksParasites
Newsletter Sign Up
The essential guide to taking care of your mind and body
Subscribe to HuffPost’s wellness email
Successfully Subscribed!
Wellness delivered to your inbox