In a developing country where nearly half the population is under 14 years old, one-on-one teaching can be near impossible -- a 90-student classroom is actually more the norm. But some children in Malawi are reaping the benefits of a tech tool that is pushing their schooling forward.

Onebillion, a nonprofit that builds and designs educational tools, created an app that personalizes curricula in math, reading and English. The app, which is currently being tested at a primary school in Malawi's capital city of Lilongwe, engages students through playful yet demanding school lessons, the BBC reported. Each day, children are provided with a tablet to complete roughly 30 minutes of assignments in the app.

And their schoolwork is paying off. In just six weeks of using the app, the students' math knowledge increased to levels that would typically be expected to take 12 to 18 months of teaching.

The tool is altering learning methods in a country struggling to find the resources to educate its large youth population. According to Oxfam, Malawi is one of the world's poorest countries, with more than half the population living on less than $1 a day.

The Guardian noted that it's unlikely Malawi will meet the educational targets laid out by the United Nations in its millennium development goals, namely that every child completes a quality primary education by the end of next year. And while enrollment numbers are increasing (from 78 percent in 2005 to 83 percent in 2009), dropout rates remain high.

Primary education has been free since 1994, but the system was ill-equipped to cope when attendance rates increased by more than a million in a year ... The struggle to meet demand persists, with chronic shortages of both teachers and classrooms ... The ratio of qualified teachers to pupils has been worsening since 2004, and there is a particular shortage of female teachers.

But resources like the app created by Onebillion -- which has lessons available for children as young as 3 -- can be effective, researchers believe.

After learning about Onebillion's success, researchers at the U.K.'s University of Nottingham were inspired to conduct a trial on British students to compare results between children's learning in the developed and developing worlds.

The results were surprising, according to Dr. Nikki Pitchford.

"What was so incredible was that in both countries we saw the same gain," Dr. Pitchford, who led the study, told the BBC. "One week of working on the iPads for 30 minutes a day [equaled] three months of formal education. We were amazed."

Underserved Kids Learn A Year's Worth Of Math In 6 Weeks, Thanks To New App
Madonna's Malawi Trip 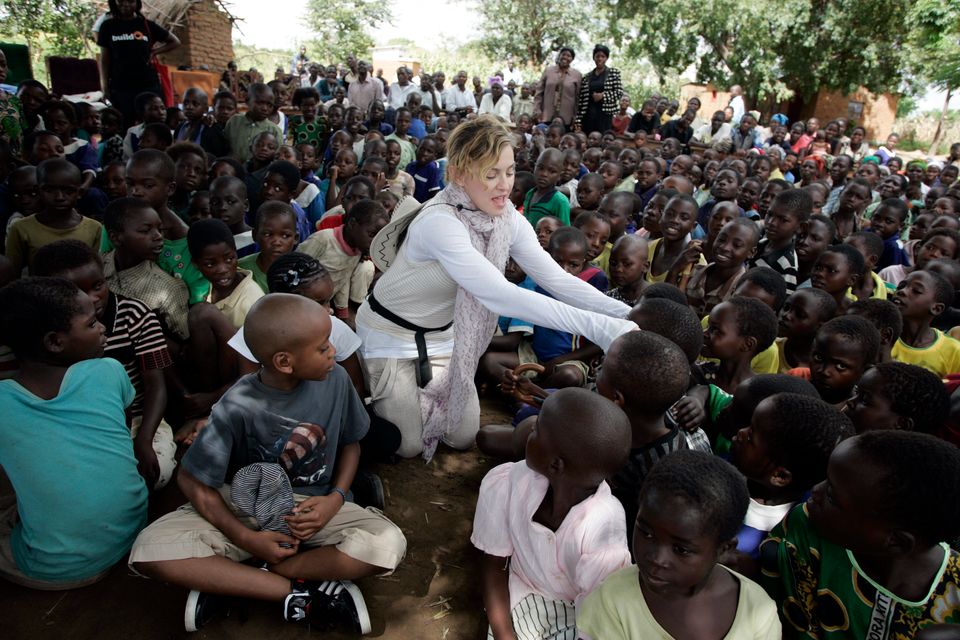 1 / 9
US Pop Star Madonna (C) interacts with Malawian children at Mkoko Primary School on April 2, 2013 in the region of Kasungu, central Malawi, one of the schools Madonna's Raising Malawi organization has built jointly with US organization BuildOn. Madonna, said to be the single largest international philanthropic donor to Malawi, also supports childcare in the country which is home to nearly a million children orphaned by AIDS. She arrived in Malawi on March 31 with the two children she adopted from the small landlocked African country. AFP PHOTO / AMOS GUMULIRA (Photo credit should read AMOS GUMULIRA/AFP/Getty Images)
Getty Images