The flight departed Kuala Lumpur at 12:41 a.m. on Saturday (4:41 p.m. GMT Friday), and was carrying 227 passengers and 12 crew members. The passengers are of 14 different nationalities, and 2 are infants.

A Search and Rescue team has been activated, and the Malaysia Airlines team is calling next-of-kin. Malaysia Airlines provided this website and the following number to contact for more information: +603 7884 1234.

The Associated Press reports that communication with the plane was lost over Vietnam, according to China's state news agency Xinhua.

Vietnamese navy planes have spotted two large oil-slicks that authorities suspect may be fuel from the missing plane. No wreckage has yet been found.

At Beijing's airport, Zhai Le was waiting for her friends, a couple, who were on their way back to the Chinese capital on the flight. She said she was very concerned because she hadn't been able to reach them.

Airport authorities posted a written notice asking relatives and friends of passengers to gather to a hotel about 30 minutes drive from the airport to wait for further information, and provided a shuttle bus service.

Another woman wept aboard the shuttle bus while talking by mobile phone, "They want us to go to the hotel. It cannot be good!"

Malaysia Airlines has 15 Boeing 777-200 jets in its fleet of about 100 planes. The state-owned carrier last month reported its fourth straight quarterly loss.

The 777 had not had a fatal crash in its 20 year history until the Asiana crash in San Francisco in July 2013. All 16 crew members survived, but thee of the 291 passengers, all teenage girls from China, were killed.

We’re closely monitoring reports on Malaysia flight MH370. Our thoughts are with everyone on board.

This story is developing. Scroll down for updates. 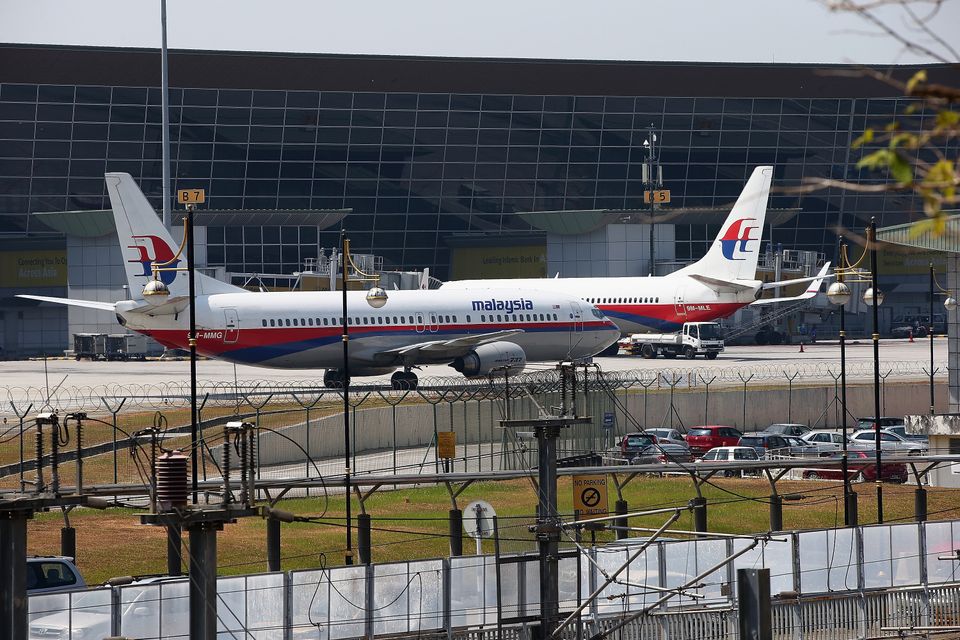 1 / 6
Malaysia Airline passenger jets are shown parked on the tarmac at the Kuala Lumpur International Airport on March 8, 2014 in Kuala Lumpur, Malaysia. (Photo by How Foo Yeen/Getty Images)
Getty Images