Malcolm Brenner claims that, in 1970, he had a "consensual sexual relationship" with a dolphin named Dolly, whom he met at a Florida amusement park, when he was taking photographs for a children's book.

Now his disturbing story is the subject of a documentary.

Brenner, now 63, was 18 years old when he met Dolly at the dolphin show of the now-defunct Floridaland. He speaks of his time with the aquatic mammal as if it were a romance, and not an act of bestiality, enraging animal rights advocates.

“At first I discouraged her, I wasn't interested. After some time I thought, 'If this was a woman, would I come up with these rationalizations and excuses?’” Brenner told the New York Daily News.

"There's something quite transcendental about making love with a dolphin."

"She would thrust herself against me," he told The Huffington Post in 2011, after he wrote a book about Dolly. He claims she became more gentle during their nine-month affair.

"Every pervert claims their victims consented," he told HuffPost. "Sex with an animal can't be done without hurting the animal."

In the film, Brenner explicitly explains how he and Dolly engaged in intercourse and it is depicted with animation.

"I started rubbing her along her back, working my way to her flukes –- her tail. And as I was rubbing her and moving my hand towards her tail, Dolly was slowly rolling around her long axis." 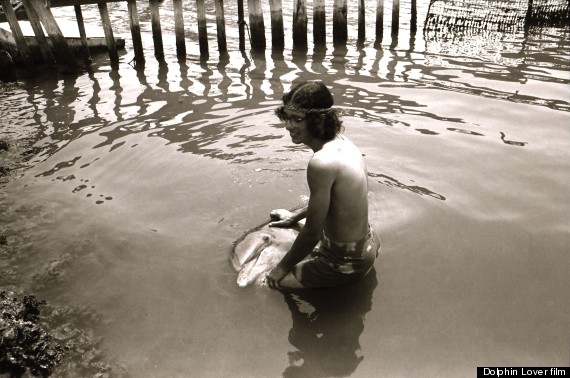 Brenner told HuffPost his affair with Dolly ended when Floridaland was closed so the land could be used for housing.
He said Dolly was shipped off to an oceanarium in Gulfport, Mississippi, and died nine months later.

Brenner wrote a 2011 novel about the experience, "Wet Goddess," and was then contacted by documentarians Kareem Tabsch and Joey Daoud.

"I sensed that they took me seriously. However, what really convinced me was when Kareem said, 'I believe you were in love with her,'" he told Miami New Times.

Since Dolly is obviously unavailable for comment, the film only tells Brenner's side of the story. Tabsch said the original plan was to interview sex experts, animal rights activists and marine biologists and get their viewpoints.

"But what they had to offer was 'normative,'" he told HuffPost. "They didn't add anything that people didn't already know. It just reconfirmed what most people already believe."

Whether the events happened exactly as Brenner remembers will never be proven, but Daoud says the fact Brenner is willingly telling the story says something about its veracity.

“Obviously, when he actually has sex with the dolphin, and it’s just him and the dolphin, there really is no way to corroborate that. But it’s kind of like, why would you want to lie about something like that and go with it for 40 years and make sacrifices?” Daoud told Fusion.net.

"Dolphin Lover" will play additional festivals in the coming year before its eventual online release.

Goodwin fears the film's tone and the use of animation to depict the sex between dolphin and human will give people the impression that it's OK.

"Anything that attempts to normalize bestiality is something we should never tolerate," he said.

UPDATE: This version of the story includes additional quotes from the filmmakers about why they chose to only interview Brenner. 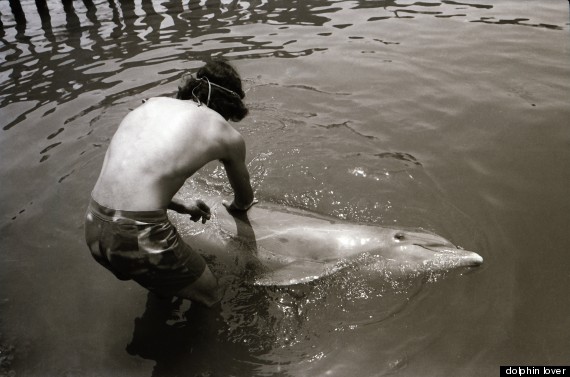