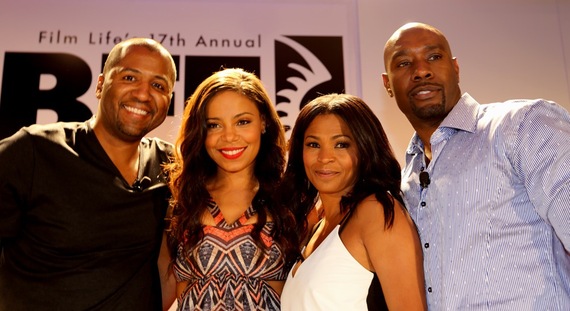 Malcolm D. Lee is back with a hit film, The Best Man Holiday. It is quite possibly the most-anticipated film of the year with cast members and the director appearing on magazine covers, television, radio and at film festivals to hawk the sequel to The Best Man, a black film that made its mark in Hollywood nearly 15 years ago.

The year was 1999 and a consistent stream of films directed by black directors had been making a dent in Hollywood for over a decade. At the top of the decade, there was Spike Lee, Robert Townsend, John Singleton, Mario Van Peebles, George Jackson, Bill Duke, Kevin Hooks, Doug McHenry, F. Gary Gray, the Hudlin and Hughes Brothers making films that were literally changing the face of Hollywood. Black films were turning major profits and showcasing tremendous black talent in front of and behind the screen. Hollywood was buzzing with action-packed universal stories, featuring black casts, writers, producers and directors. Add to the mix, the official takeover of popular culture by Hip-Hop music, art and fashion, and the ingredients for success were solidified.

Against this backdrop, black films in the late 1990s began to more fully explore themes of love, friendship, family and memory. Films like Love Jones (1997), Soul Food (1997), Eve's Bayou (1997), Hoodlum (1997) and indie darling Hav Plenty (1997), made their way onto the big screen. Jeff Friday, Byron E. Lewis and Warrington Hudlin launched the Acapulco Black Film Festival (ABFF) (now the American Black Film Festival), creating a place where members of Black Hollywood could network, collaborate and celebrate black film. While 1997 was chock full of black films, 1998 was a bit sparse, with even media mogul Oprah Winfrey's critically-acclaimed Beloved (1998) tanking at the box office. During this precarious time, director Malcolm D. Lee, a young man being watched as much for his training at New York University's prestigious graduate film program as for his family ties to the most prolific and celebrated contemporary black filmmaker of the 20th century, Spike Lee, releases The Best Man, which is a fan hit.

Malcolm D. Lee made a film that would prove that movies featuring black casts with universal storylines were not only desired by audiences, but could still make money at the box office. In October 1999, a story about a group of friends coming together to celebrate a wedding, while discovering just how much they don't know about each other, resonated with audiences to the tune of $30 million, despite an "R" rating for language and sexuality. A film that was made for roughly $9 million was a solid hit, foreshadowing the success of popular black films like The Wood (1999) and Love and Basketball (1999), and critically-acclaimed films like A Lesson Before Dying (1999).

Nearly 15 years later, Malcolm D. Lee is back with The Best Man Holiday (2013), the much-anticipated sequel to a film that is as important to the canon of black film as it is to audiences that love the film and what it represents. When asked what prompted Lee to make a sequel to such a beloved film, the director says it was the right time. Lee states,

I always wanted to do a follow-up at some point. I didn't think that I wanted to do a sequel right away, because there were people encouraging me to do a sequel, a television show right away. I wanted other stories to tell as an artist. I didn't want to be pigeon holed as an artist, telling only one kind of story. I had said to myself even back then that I would re-visit these characters 10 years later just to see what kind of life they have lived. I'd let the characters live some life and me live some life so that I would have some kind of story to tell. So when it came to wanting to do it, the time was just right.

Lee, who has directed five films since The Best Man including Undercover Brother (2002), Roll Bounce (2005) and Welcome Home Roscoe Jenkins (2008), is mostly remembered for The Best Man. Writing and directing a sequel to a film that is his signature film, that audiences still love and could potentially break box office records would be a stressful task for most directors, but not Lee. Lee wasn't worried about tinkering with the magic of the original film because he thought long and hard about making the sequel. "When I decided to make a sequel, I said to myself we can't just repeat ourselves, we have to do something that is just as special, if not more special, we have to top ourselves," says Lee. Lee has had success with his other films, working with larger budgets and established stars as he has honed his craft as a director, which is an asset to the film. Lee states,

I don't see any reason why we shouldn't succeed given that I feel like I'm a better writer than I was then. I'm a better director than I was then. The actors -- as great as they were then -- are better now. So, why wouldn't we make something that's just as satisfying, more sophisticated, just as funny, more emotional and do something special again?"

Lee's words convey the passion with which he approached the project and reflects his ability to get the entire original cast on board. Sanaa Lathan, who reprises her role as Robyn in The Best Man Holiday, discusses how Lee got everyone back on board over dinner at a restaurant in Beverly Hills.

We were just so excited to see each other because we're all friends, it was like a reunion. He pitched it, moment by moment, scene by scene. Within five minutes, we were on the edge of our seats literally like we were watching the movie and by the end of the pitch, we were like okay Malcolm, please write this and we will all be on board.

The excitement expressed by Lathan mirrors the excitement of audiences that were anticipating the film. Lee sees the film as a continuation of the previous film, so audiences can expect a different experience, not necessarily a different movie. Lee offers,

While Lee has a track record of success in Hollywood, and The Best Man Holiday is expected to make box office gold, this doesn't mean that there still aren't challenges: "I'm driven more by my heart more than anything else and my head and sometimes those things are counterintuitive. I'm still trying to figure out a way to make them both work." One thing that Lee knows for sure is that right now, all that is on his brain is The Best Man Holiday. When asked what's next for the director, he simply responded, "Best Man Holiday. I can't look beyond that now."

The Best Man Holiday is now playing in theaters.