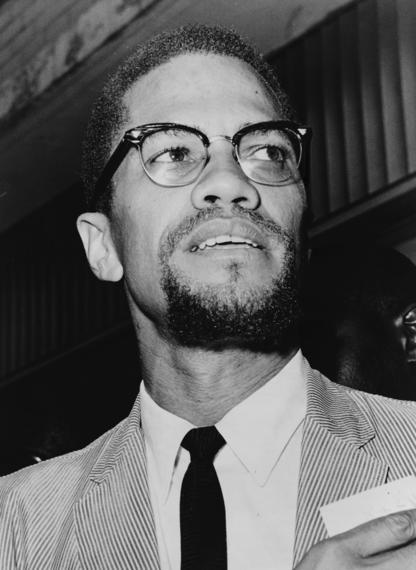 Activist, reformer, intellectual. He was everything that a white supremacist based system feared and resented. As we recently commemorated the birth of Malcolm X, later on known as El Hajj Malik El Shabbaz, we think of the legacy he left behind and the activist work he embarked upon that still remains alive, especially in the wake of the Black Lives Matter movement most recently. He spoke truth to power and challenged the normalization of a prejudicial-based system that thrived off of white supremacy. His adherence to Islam has made the continuity of his memory within Islamic societies last for many years as well as it relates to a broader range of people.

As many recollect on his contributions to the civil rights movement, we also seek to highlight the uplifting and motivating factors of his activism within the framework of Islamic principles. What is also most notably striking, and what many Muslims choose to often times shy away from is the anti-black racism within the Muslim community despite such ethnic and racial pluralism that exists among Muslims. As many begin to feel uncomfortable reading this, it cannot continue to remain overlooked.

Although Malcolm X's work specifically targeted the problematic issues concerning racism and discrimination within a white-supremacist based society, strictly orchestrated in a way to suppress people of color, his efforts are ever so applicable to the Muslim community just as much. "Arab privilege", much like "white privilege" does in fact exist. The notion of anti-blackness within the Muslim community is a factor that unfortunately influences the way non-black Muslims may think, act, and feel. Regardless of how much we may speak of inclusiveness within Islam the reality is anti-black racism seems to be normalized to an extent among Muslims at times ranging from social cliques to marriage restrictions. This evidently contradicts not only the efforts of Malcolm X, but Islamic principles in and of themselves.

We know too well racism has no place within Islam. As it is stated in the Quran,

"O mankind, indeed We have created you from male and female and made you peoples and tribes that you may know one another. Indeed, the most noble of you in the sight of Allah is the most righteous of you. Indeed, Allah is Knowing and Acquainted" (Quran 49:13)

This verse is a clear indication that racism is an alien concept to the principles of Islam as God has created us in a manner that is not monolithic whatsoever. Furthermore, what is also very staggering is the Prophet Muhammad's infamous condemnation of racism in his farewell sermon.

So what excuses does the Arab Muslim community have? How can anti-blackness be continuously justified and overlooked when the religion we claim to follow strictly condemns it? Have we truly lived up to our own expectations of inclusiveness? Have we genuinely applied Islamic principles of tolerance, love, and brotherhood/sisterhood? Or have we only contradicted ourselves? Rather than embodying the love, inclusiveness, and strong sense of fraternity that our beloved Prophet Muhammad used to, it seems as if some Muslims have strayed away from this Prophetic tradition.

Despite the significance of the faith, Muslims are also very much engulfed within their cultures of origin. However, our communities need to transcend above ethnic and racial barriers and sincerely exemplify the pluralism that we often times advocate. As Malcolm X traveled throughout the Muslim world, he witnessed the ethnic and racial diversity of Muslims and was embraced and accepted as a fellow brother of Arab Muslims as well as African Muslims he encountered. Upon returning to the United States from the annual Hajj, Malcolm X stated in an interview that being embraced by fellow Muslims in Arab and African countries may solve the problem for him personally, however, his personal problems will never be solved as long as the problem is not solved for all of his people in this country. This is just as applicable to the Arab Muslim community. So as long as black Muslims are not welcomed and do not feel welcomed by Arabs, there will forever remain a sense of alienation and exclusivity.

Malcolm X embodied and personified the noble traits and qualities of integrity, honesty, love, resilience, justice and courage and used them as a means of voicing his concerns to eradicate hatred, discrimination and inequality. These are exemplary characteristics that are manifested through Islamic principles and are seen within the Prophetic tradition. So as long as the Arab community is unable and unwilling to reform the social stigma of its disenfranchising blacks, so too will the Muslim community at large remain in a regressive cycle.