The word "muse" has the tendency to elicit thoughts of fair-skinned, lyre-playing goddesses with beachy curls. But you won't see any Botticelli-inspired ladies in Victoria Bennett's 2012 calendar, "The Naked Muse." Instead, you'll find sensual, black-and-white photos of men relaxing on windowsills, men posing in forests, and men showcasing their tattoos.

These men are poets, and their portraits were taken by female photographers to illustrate poems about the topic of the male muse. Bennett, the founder of Wild Woman Press, began this project to raise money for Type 1 diabetes, a disease her three-year-old son Django has been diagnosed with.

"Unlike other children his own age… Django could face a future of devastating complications brought on by Type 1 diabetes such as losing limbs, kidney failure, blindness, coma, heart diseases, and even death," Bennett writes on her site.

One photographer involved in the project is Izzi Ramsay, who has dedicated her career to studying the nude figure. She has also worked as the director and curator of a London-based photo gallery, and an Art Psychotherapist and Counselor. Her portrait is of Alan Buckley, who won the 2010 Wigtown Poetry Competition, and was shortlisted for the Picador Poetry Prize that same year. He is pictured stretched out sleepily near a window, a visual adaptation of poet Pascale Petiti's "Sun and Life."

The result of this three-artist collaboration is an image as graceful as it is chilling.

On another calendar page, poet John Siddique gazes past a dainty, translucent veil. Photographer and art history guru Leonie Hampton posed him after Moniza Alvi's "My Wife and the Composer."

View these images and more from "The Naked Muse": 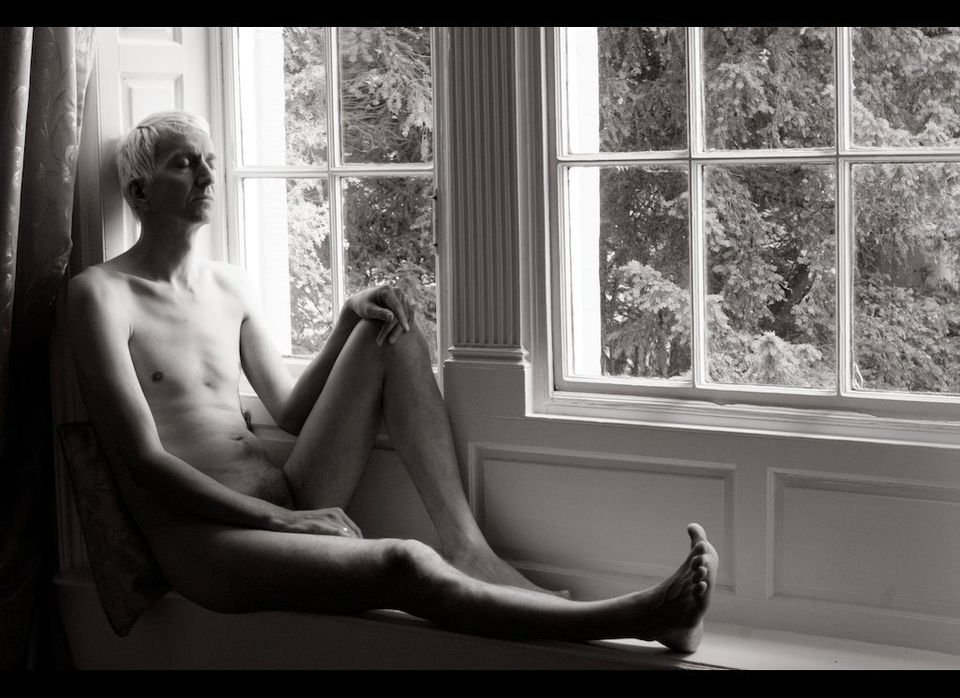