A Russian and a Ukrainian were among those being held inside the Byblos Hotel, officials from their countries said. There were up to eight other captives and South African and French citizens had also been staying there, government officials said.

The attack well south of the Islamic militants' Saharan desert strongholds highlights the threat posed by remnants of an al Qaeda-linked insurgency that appears to be stepping up a campaign against Malian troops and United Nations personnel.

Friday's violence began with a raid on a military site in the town of Sevare, around 600 km (400 miles) northeast of the capital Bamako, that was successfully repelled by government troops, according to Mali's U.N. peacekeeping mission, MINUSMA.

The attackers then stormed the hotel near the airport before 8 a.m. (0800 GMT), according to witnesses.

Smoke rose from the hotel and heavy weapons fire rang out through the day as government forces attempted to dislodge the gunmen.

The body of a white male victim was visible in front of the hotel, a town resident said. Five Malian soldiers were killed in the clashes, Maiga said. Three attackers, one strapped with explosives, also died.

MINUSMA confirmed in a statement that one of its international employees was among the dead, but did not give the victim's nationality. Sources with knowledge of an internal U.N. briefing said that two U.N. contractors remained missing.

Gunfire subsided by the early evening and soldiers surrounded the building in a tense standoff.

"The armed men have withdrawn inside the hotel and have taken the people inside hostage," army spokesman Colonel Souleymane Maiga said. "The army is there at the site and we are looking for a solution that will preserve human life."

A 2013 French-led military operation drove Islamist fighters out of cities and towns they had seized a year earlier in Mali's desert north.

While the United Nations has managed to broker a tenuous peace agreement between Mali's government and ethnic Tuareg rebels, Islamist fighters left out of the negotiations have mounted a resurgence.

Former colonial ruler France and other Western and regional nations fear Islamist fighters could turn the remote region into a launching pad for foreign attacks if they regain power there.

MINUSMA said it had transported a Malian army rapid intervention team from Bamako to Sevare and was reinforcing its own security presence at the airport.

A Sevare resident and a diplomat said French war planes had been seen flying over the town during the day. Paris has deployed thousands of troops across West Africa as part of a counter-terrorism force dubbed Operation Barkhane.

In Bamako, police officials with clipboards visited hotels making lists of foreigners in each in an effort to increase security in case of further attacks.

Seven suspects were arrested in the hotel attack, according to a government statement, and five hostage takers were believed to be inside, Souleymane Dembele, another military spokesman, said.

Dembele said an east European was believed to have escaped during the attack.

Sahara-based group al-Mourabitoun claimed responsibility for an attack on a restaurant in Mali's capital Bamako that killed five people, including a French citizen and a Belgian security officer in March.

Ansar Dine, a Malian group with links to al Qaeda, last month claimed responsibility for a series of attacks on U.N. peacekeepers and the Malian army in Bamako and areas near the Ivory Coast and Mauritania borders. 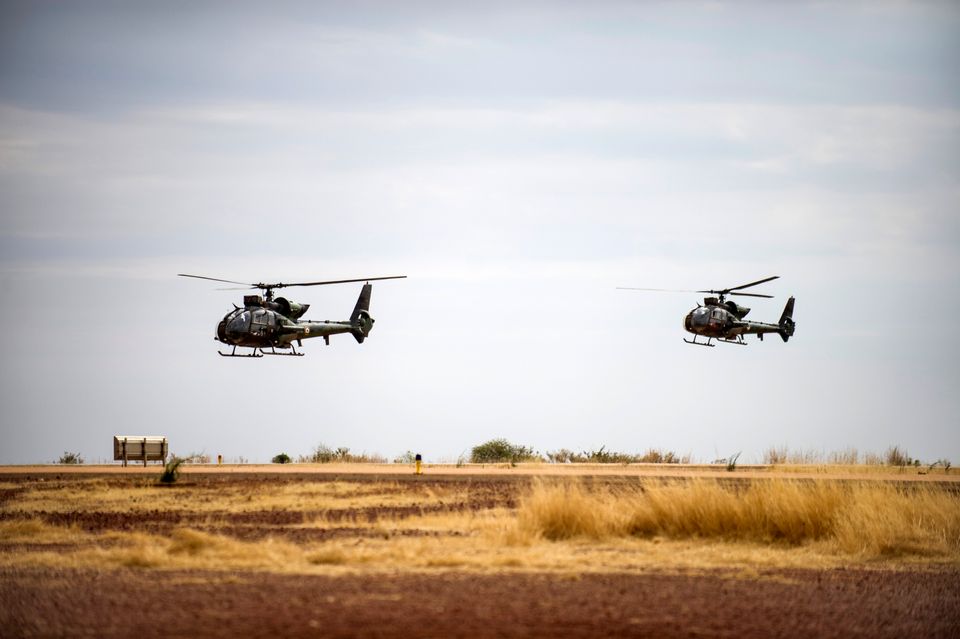