We're so excited for all pomp, circumstance, and of course, style of Inauguration Day 2013!

Yesterday the President was officially sworn into office for the second time in an intimate ceremony that took place in the White House's Blue Room. It was fitting since Michelle Obama, First Daughter Malia Obama and the President were are all decked out in the hue. Although, Sasha went a bit more bold for the occasion in pink lace.

For Monday's Inauguration Day festivities the FLOTUS kept with the color theme by wearing an indigo checked Thom Browne coat. We can't quite see what's underneath the fit-and-flare coat as of yet, however she did accessorize with J.Crew kitten heels and a multi-strand pearl necklace. She later changed into a pair of custom-made, navy suede boots by Reed Krakoff for the ceremony at the Capitol.

As for the First Daughters, they were adorable per usual!

Malia, 14, chose a magenta J.Crew coat (she also wore one on Inauguration Day 2009) and violet tights for the big day. And it looks like a blue dress was peaking from beneath. The 14-year-old has been impressing us with her fashion moments for a while now. Did you see that super stylish outfit at Saturday night's Kids' Inaugural Concert? Can't wait to see what she steps out in over the next four years.

What do you think of the Obama's Inauguration Day looks? And check out Malia and Sasha then (2009) and now! 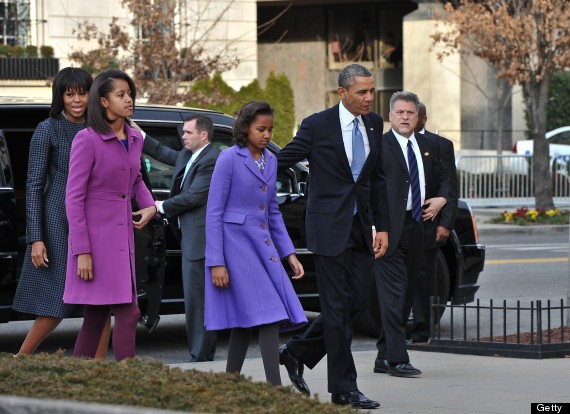 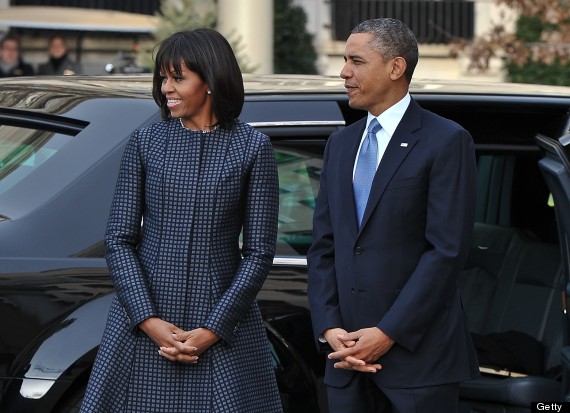 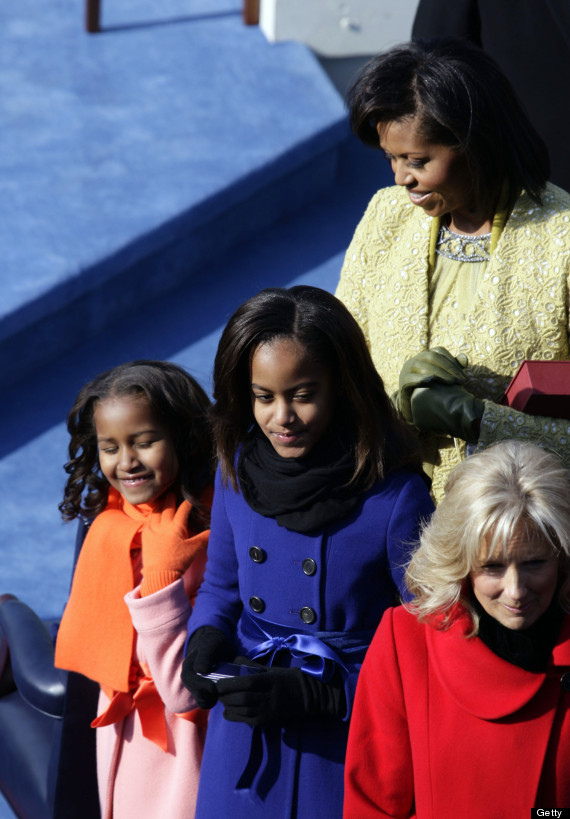 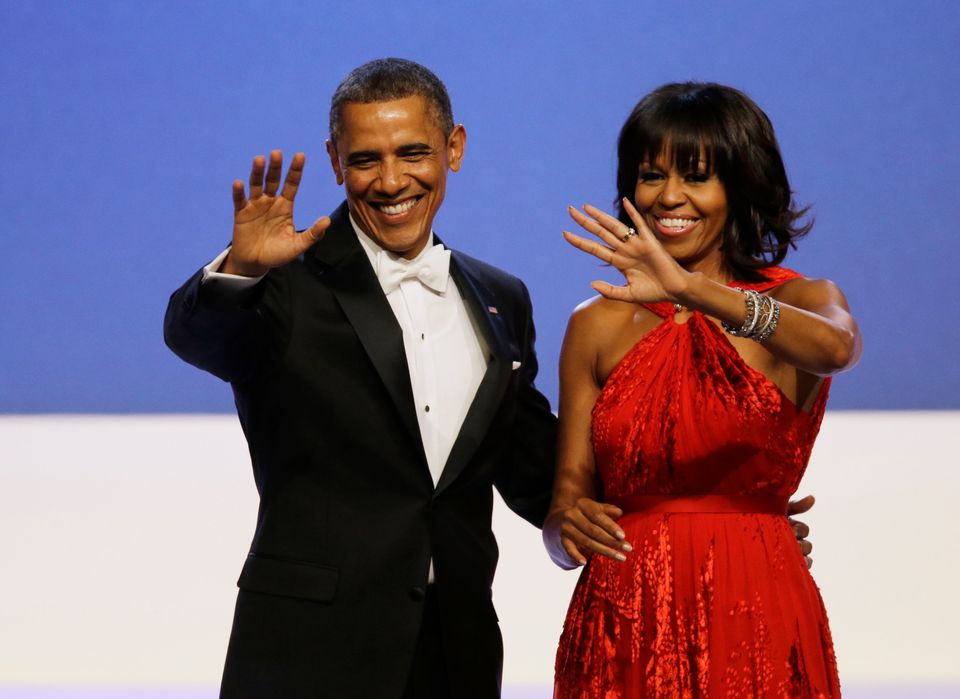