It's been less than a month since the nation began speculating just how Sasha and Malia Obama's teenage milestones will play out during their father's second term. And already, the President is offering some clues.

During a stop in Georgia Thursday, where he pushed his education agenda, President Obama hinted that one of his daughters -- most likely the eldest, 14-year-old Malia -- is officially dating.

"I do have to warn the parents who are here, who still have young kids, they grow up to be, like five feet 10 inches. And even if they're still nice to you, they basically don't have a lot of time for you during the weekends," he told the crowd. "They have sleepovers and dates. So all that early investment just leaves them to go away," he said.

A White House official declined Yahoo.com's request for comment and clarification on the president's remark, but it's safe to say that First Boyfriend watch is officially in effect.

In an interview with People magazine last month, the Obamas talked about the influence their marriage will have on their daughter's inevitable relationships with boys.

"The great thing about the girls is they've got a wonderful role model in their mom. They've seen how Michelle and I interact — not only the love but also respect that I show to their mom. So I think they have pretty high expectations about how relationships should be, and that gives me some confidence about the future," Obama said.

Case in point: The romantic Valentine's date the president said he and Michelle had planned last night.

"She made me promise to get back in time for our date tonight. That's important," Obama said during his Georgia stop, "I've already got a gift, got the flowers," he went on to say.

During their father's second term, Sasha, 11, who arrived in the White House as a second-grader, moves on to middle school while Malia begins the many adventures of your average teen.

"Michelle is very good about making sure that we're creating a space for them where they can have sleepovers. They can go to the mall. They can go to the movies. They're going to homecomings at their school," Barack noted in an interview with radio host Ryan Seacrest last year.

But don't expect to see much about it in the media. According to White House officials, the unwritten rule guiding news coverage of the girls still stands.

In the meantime, we can only speculate on who Malia Obama's dates will be. Check out this roundup by The Atlantic's Richard Lawson for some thoughts. 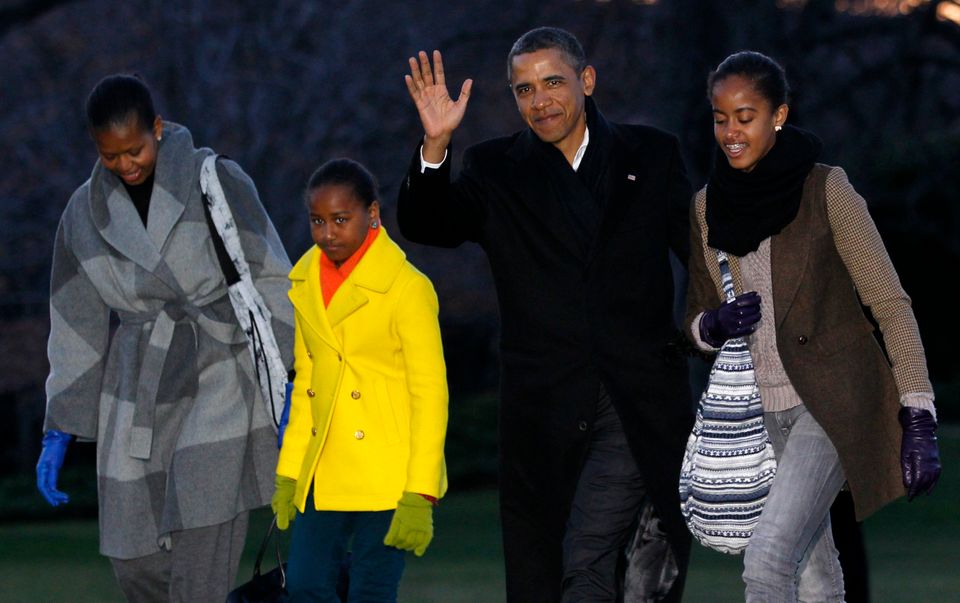