It's official! President Obama was sworn into office for the second time in an intimate ceremony Sunday morning performed by Chief Justice John G. Roberts Jr. in the White House Blue Room.

So what better color to wear then blue? First Lady Michelle Obama chose the hue for the important ceremony, donning a royal blue dress and a solid blue cardigan by Reed Krakoff. The President also took the color cue, teaming a smart blue suit with a blue-and-white striped tie.

Malia, 14, followed suit and repeated the blue dress she wore at the 2012 DNC convention. Being the savvy style star that she is, Malia winterized the frock by layering it over a black long-sleeve top.

Taking a more festive route for the quiet event, Sasha, 11, opted for a pink lace Plenty by Tracy Reese dress with a wide, embellished gold belt. After all, she did just party with Katy Perry last night--might as well keep the party going!The youngest of the First Daughters was heard telling her father “good job, Daddy!” after he took the oath. Barack responded, "I did it!" to which Sasha proclaimed, "You didn't mess up." Too cute!

Here's a look at the Obamas on this historic day. Lookin' good, First fam! 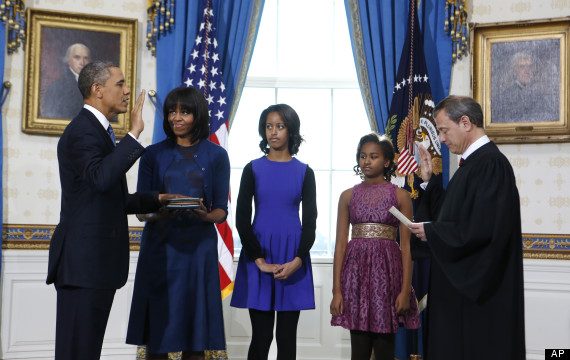 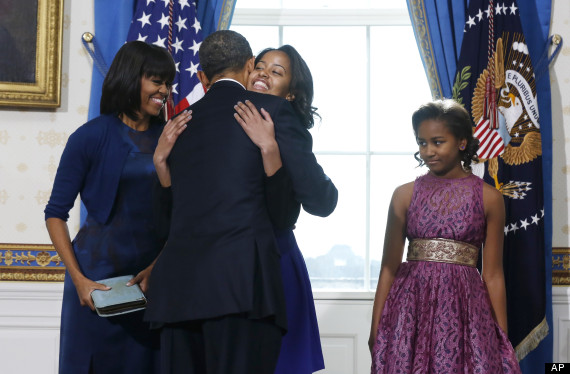 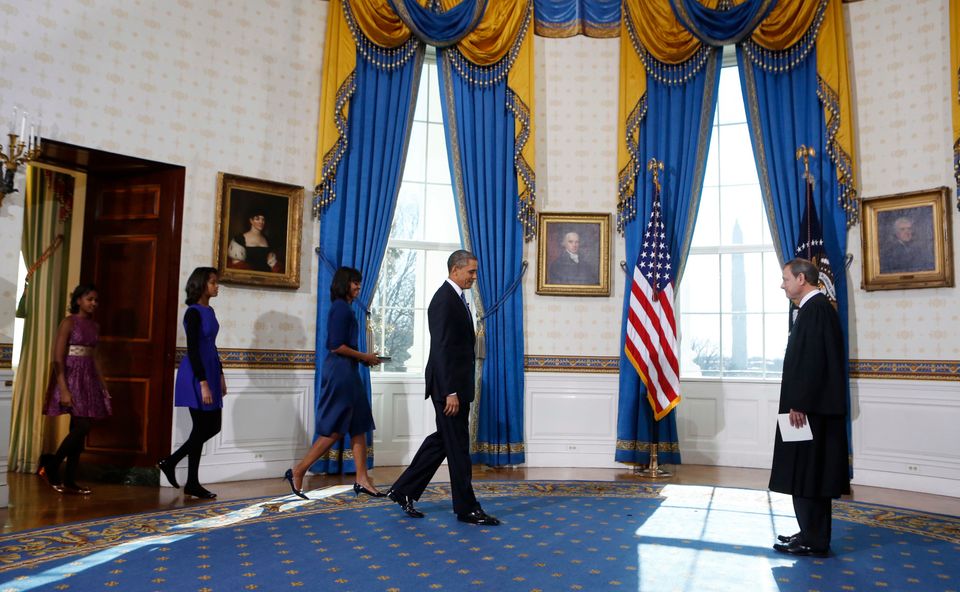