We're obviously pretty obsessed with tracking first lady Michelle Obama's wardrobe, so we love to see that her keen fashion sense is rubbing off on her daughters Sasha and Malia.

While walking to St. John's Church hand-in-hand with their dad, the Obama girls showed off their ever-maturing styles -- they are practically teenagers after all. Malia, 14, opted for a knit skirt, blazer and two-toned loafers, while Sasha, 11, took a cue from her mother's mixing-and-matching skills. They grow up so fast, don't they?

President Obama and the girls were joined by their godmother Kaye Wilson, so no matching ensembles for the Obama clan this time. Although we haven't seen much of Sasha and Malia this campaign, they looked absolutely adorable at the Democratic National Convention in their tailored dresses. So we're keeping our fingers crossed for more appearances in the near future, because, as far as we can tell, the apples aren't falling far from the fashionable tree.

Check out the aww-inducing photos of Sasha and Malia heading to church and tell us what you think. 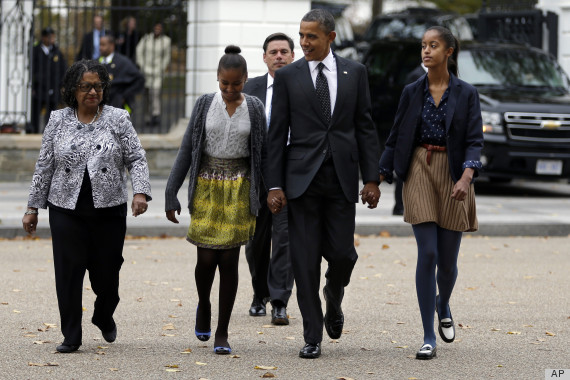 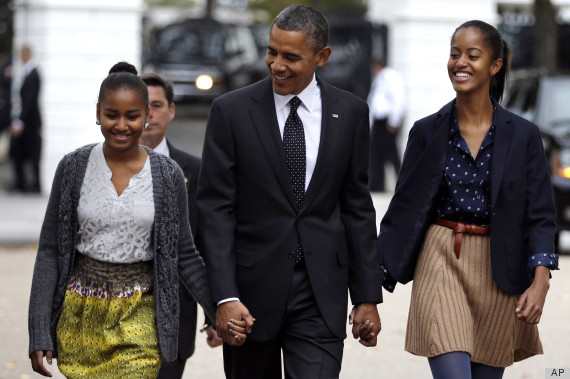 See some of President Obama's precious moments with Michelle Obama!