Gorkohov is a mammoth tusk trader, one of thousands of men roaming the Russian tundra for tusks buried deep in the ice. It takes him up to 24 hours to free the ivory from its frozen cage, but patience is often rewarded. A single tusk may sell for more than $60,000.

The shaggy giants that roamed northern Siberia during the late Pleistocene epoch died off about 10,000 years ago, though isolated populations lingered on islands to the north and east, the last dying out some 3,700 years ago. The mammoths’ tusks, which could spiral to more than 13 feet, are reemerging from the permafrost—and fueling a trade that benefits the people of Arctic Siberia, including the native Yakuts, an Asiatic ethnic group that speaks a language of Turkic origin. For nearly a decade Gorokhov has been a tusk-hunting pioneer, exploring one of the world’s most inhospitable expanses. Now, trusting his itchy fingers, he scours the tundra until he almost trips over the tip of a tusk. “Sometimes the tusk just appears in front of you,” he says, “as if it were guiding you all along.”

Larmer adds that unlike with elephant tusks, the mammoth ivory trade is legal and lucrative, leading to exponential growth in recent decades. Yet as the trade grows, scientists regret the loss of data and Yakutiyans worry about the depletion of this non-renewable resource. 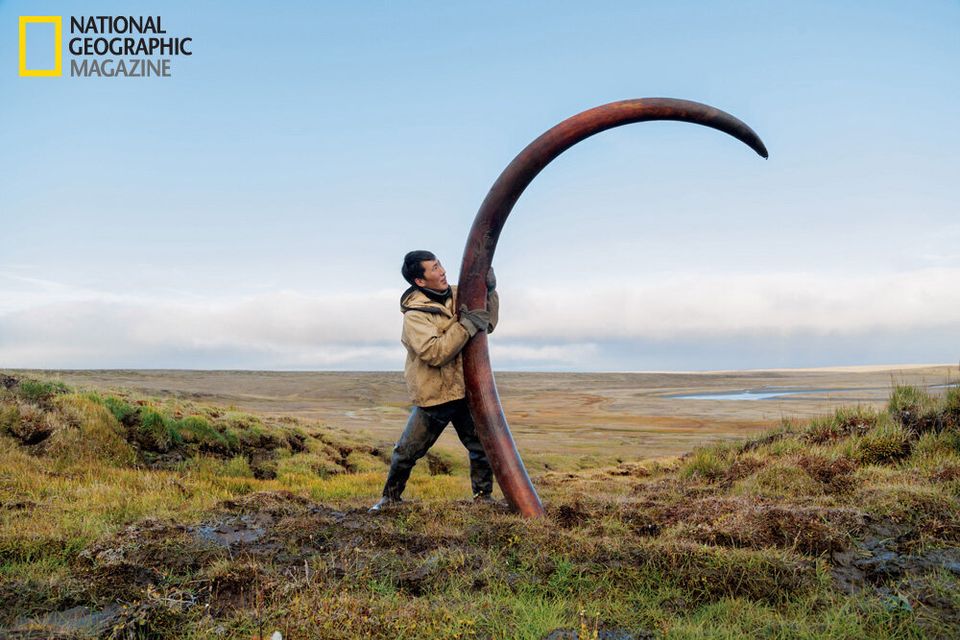