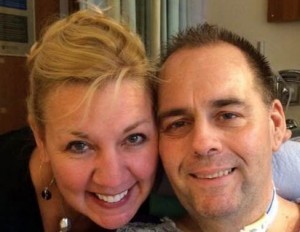 On Dec. 22, three days before Christmas, 55-year-old David A. Geraghty died from complications of a supposedly rarely fatal infection: Lyme disease. As reported in The Valley Breeze, a Lincoln, R.I. newspaper, Geraghty and his family found out conclusively that he has had Lyme disease just one year ago, last December. As was the case for me and is not uncommon in other cases of Lyme disease diagnoses, it was Geraghty and his wife -- not his physicians -- who pushed for investigation into the cause of his illness and ultimately were responsible for discovering that Lyme disease was at the root.

Geraghty was diagnosed in 2013 with ALS, a degenerative and usually fatal neuromuscular disease. (ALS was briefly raised as a potential cause of my most severe symptoms years ago, ruled out quickly by painful electromyograph tests.) His wife, Tara, questioned the diagnosis, asking whether her husband may possibly have Lyme disease, an infectious disease caused by a spirochete-type bacterium that infects around 300 thousand Americans each year, according to the U.S. Centers for Disease Control and Prevention. Doctors dismissed her questions, saying that the cause was ALS. The high school at which Geraghty had been a principal participated in the ALS "ice bucket challenge," doing what little they could to draw attention to their former leader's ailment. Given that ALS is progressive and often ends in incapacity and death, this act of support is the best anyone can do.

Like David Geraghty, this woman's husband was diagnosed with ALS, later determined to be a Lyme disease infection.

Yet it's not the best Geraghty's doctors could have done. There have been other documented cases of Lyme disease being at the root of serious and disabling conditions attributed to other neurodegenerative and neuromuscular disorders. In addition to Geraghty's story:

Despite growingly abundant anecdotal and medically documented stories of misdiagnosis and subsequent treatment and recovery, and medical hypotheses arguing for further research in respected peer-reviewed journals hypothesizing a cause-and-effect correlation between Lyme infection and some of these debilitating illnesses, others claim that such proposed hypotheses have been "definitively put to rest."

Yet today's scientific facts become tomorrow's historic folly time and time again: This phenomenon is built into the scientific process. We tend to think it instinctive to "know better" today than what people believed in the past, but have a hard time acknowledging and accepting that much of today's common knowledge, too, will be tomorrow's fiction. Even the theories of Albert Einstein, whose brilliance has compelled countless new discoveries and commanded respect ever since he was (eventually) understood by others, are up for debate and likely will ultimately be proved to be less than water-tight as others build on his science.

The conclusion of this article will discuss Tara Geraghty's observation that "there's something about Lyme disease that no one wants to talk about it." If it's OK to ask doctors questions about cancer prevention and treatment, and to discuss the importance of HIV screening, why are these questions so often taboo when they relate to Lyme disease?