The story of a 21-year-old man named Jay who went his entire life without brushing his teeth or flossing is going viral. He says that his parents never encouraged him to take care of his teeth, which ultimately resulted in the need for massive dental repair work. Jay was featured on the British reality show, “Embarrassing Bodies” in January, but numerous media outlets started picking up the story on Thursday.

Watch the graphic video below:

Jay, who has an admitted fear of the dentist, decided to finally take a stance to work on his smile.

“I’d like to work in sports or physiotherapy, but because of my teeth it doesn’t really feel right,” Jay says in the clip. “I feel embarrassed to tell somebody how to look out for themselves when I haven’t really taken care of my teeth.”

Dr. James Russell had to have Jay’s teeth cleaned due to the years of tartar and plaque build-up. But the sight still wasn’t very pretty afterwards. The dentist said that while the roots and bones of Jay’s mouth were healthy, at least 11 teeth would have to be removed due to decay.

Dr. Russell refused to give the young man implants until he made a few promises.

“It’s sort of, change your lifestyle time,” Dr. Russell told his patient. “Cut down on the fizzy drinks, or just stop. Cut down on the sweets, start brushing your teeth, start trying to floss - especially once we’ve got things cleaned.”

After Jay promised to commit to a quite a few lifestyle changes, the doctor removed 11 of his teeth and replaced them with implants. It was hard for Jay to endure such an extensive process, considering how anxious the dentist’s chair made him.

But honestly, the results were so so so worth it. Look at Jay after his recovery.

That smile is a knockout. Jay told the crew of series how much the new teeth changed his life. Where he used to be ashamed of his teeth, Jay found a whole new confidence after he conquered his fear.

And most importantly, Jay’s taking his teeth more seriously. The man even got an electric toothbrush. Talk about going from 0 to 100.

PHOTO GALLERY
The Bacteria In Your Teeth 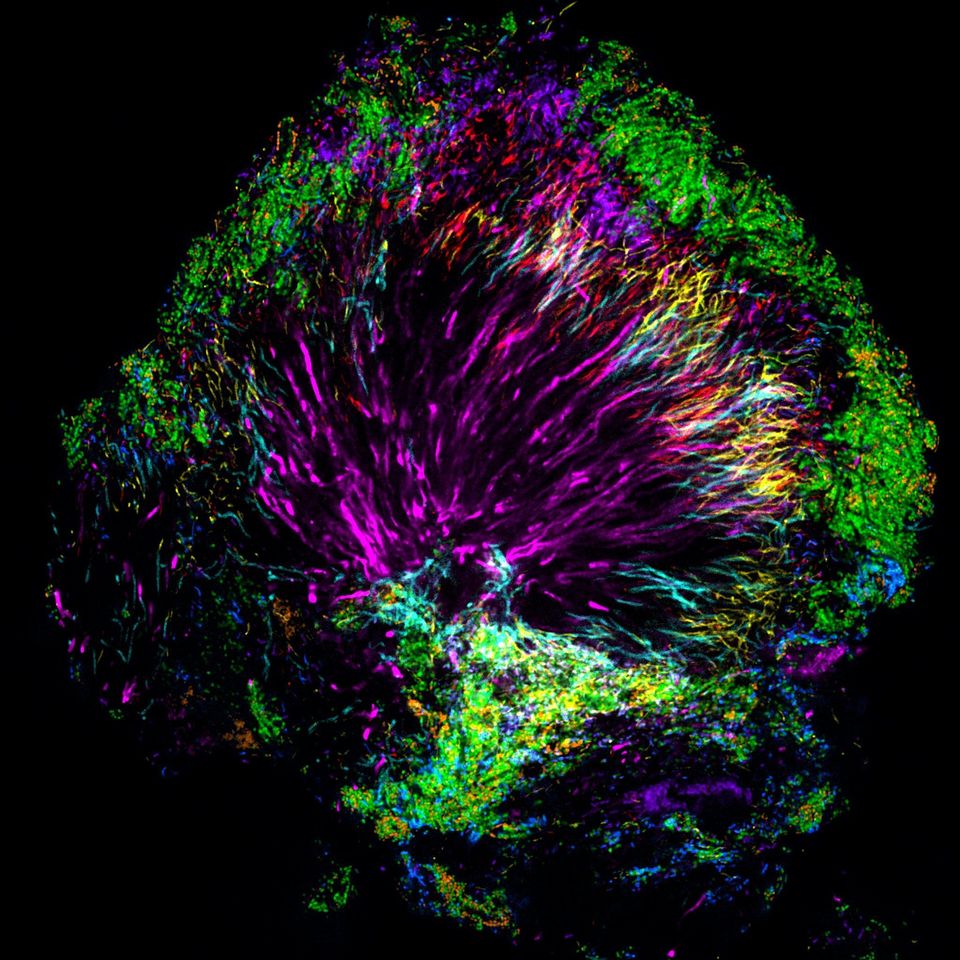 1 / 7
Bacteria appears as a "hedgehog" structure in dental plaque that was collected from a healthy volunteer using a toothpick. <i>Corynebacteria</i>, shown in magenta, form the core of the structure, with other bacteria nearby.
Jessica Mark Welch