A 72-year-old Texas man died alongside his dog on Monday after he reportedly became trapped in his car.

James Rogers of Port Arthur was having a morning coffee at a local Waffle House he regularly frequented when he stepped outside to check on his Shih Tzu inside his 2007 Chevrolet Corvette. The Port Arthur Police Department told the Beaumont Enterprise that Rogers arrived at the Waffle House around 8 a.m. and checked on the dog around 11:55 a.m. He left his phone to charge inside the restaurant, the paper reported.

Police believe a battery cable came loose, disabling the car's electric locks and other systems and leaving Rogers unable to exit the vehicle, according to KBMT. Authorities believe Rogers struggled to escape and he and the dog eventually succumbed to heat exhaustion.

Waffle House employees reportedly called in another regular patron, who owns a local roadside assistance company, to try to free Rogers, but Rogers was already dead. Firefighters eventually broke a window to access the vehicle.

The owner of a used Corvette dealership in nearby Beaumont told the news station that the 2007 model does have a manual door release on the floorboard but not all owners are aware of it.

Rogers only recently acquired the Corvette, according to the Beaumont Enterprise, and his daughter Tricia Hernandez told KBMT it was his dream car.

A spokesman for General Motors told The Huffington Post that the company does not have any further details beyond what has been reported in the media. He confirmed that Corvettes do have an emergency release for the locks and said it is described in the owner's manual. 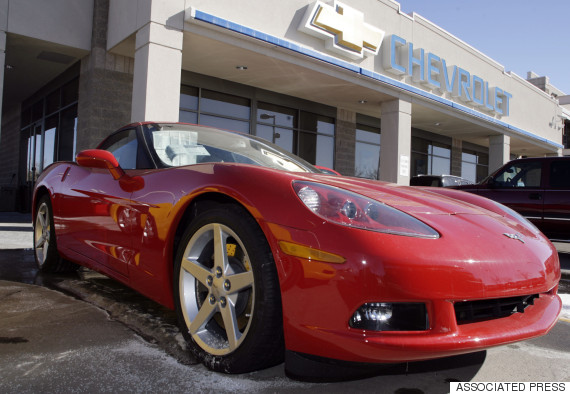 A 2007 Chevrolet Corvette, similar to the one owned by Rogers. (AP Photo/David Zalubowski)
Download
Calling all HuffPost superfans!
Sign up for membership to become a founding member and help shape HuffPost's next chapter
Join HuffPost