"Lord of the Rings" fans, rejoice! We've found the one cup to rule them all.

Liam Kenny, an artist from Liverpool, United Kingdom, drew a meticulous map of Middle-earth on a Starbucks coffee cup -- complete with tea bag tinting that Gandalf himself would likely tip his hat to. 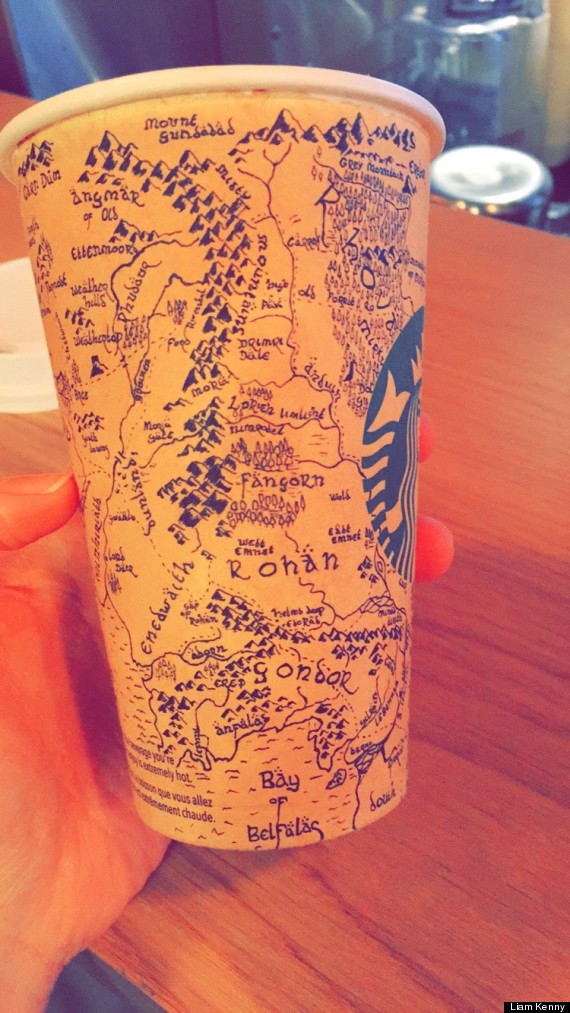 Though the map was drawn months ago, a Starbucks barista recently posted a picture of the cup on Imgur, where it's racked up more than 460,000 views.

The artist said that the cup took about five hours to complete, and while it was no easy task, it was just the challenge he was looking for. 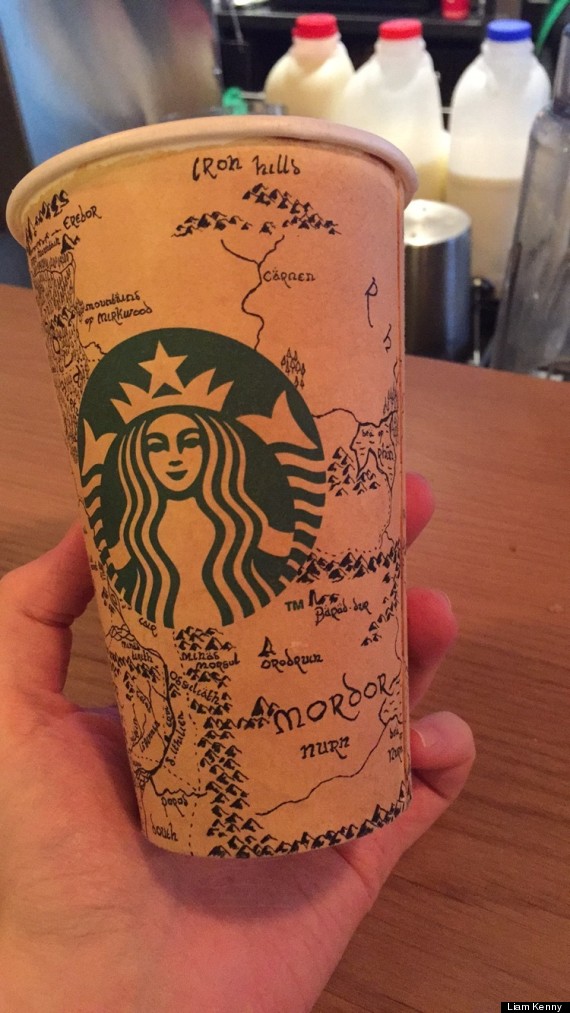 "I am the biggest fan of 'LOTR.' I used to write Elvish in school books and mouth the films word-by-word as a kid," the 26-year-old told The Huffington Post in an email of his decision to take on the project. "I'd never seen anything so detailed on a cup before and I wanted to be the first to do so."

As Kenny's sketch wows humans and hobbits alike, the artist is setting his sights on other projects, and says he just completed an "Avengers"-themed drawing, with a few more ideas in the works.