When I was (fun fact) a sex-ed tutor, we used to play a game with the younger students as a warm-up exercise before the "puberty lesson" called -- I hesitate to admit -- "the breast and penis game." It involved divvying the class up into two halves, and then having a race to see which half could think of the most slang terms for boobs and man-bits -- just to release a bit of the tension before we got to the nitty-gritty of how puberty works, what to expect, etc. I promise there were responsible adults present. Myself not included, of course.*

The "breasts" team always won. Once someone cried out "melons!", the dam would burst and a slew of fruit-based boob metaphors would rush out, ranging from satsumas to grapefruits (I have never heard of boobs being referred to as "grapefruits," but they still got a point).

And there I was, at the front of the class, ready to teach a lesson on puberty... despite the fact that, for muggins here, puberty kind of never really happened for me. The evidence is on my chest. You see, unlike my darling co-writers Katie and Kirstie, I have never had big-boob problems. In fact, I've never had boob problems at all... because I don't have any.

Well, OK: this is not strictly true. In fitting-room terms, I just about fill an A cup. In fruit terms, they'd be plums, at a push. Last Halloween, to sluttify my costume sufficiently, I had to stuff socks into a bra that was already a 'push-up bra' and then wear another bra on top of that (the Jenna Marbles double-bra trick -- ladies, I recommend it). I have re-used a photo from that Halloween as my Facebook profile picture several times since then because I'm so damn proud of the fact that there's a legitimate shadow between my tits.

Maybe it's karma biting me in the bum for all the times when my sister and I (as young children, mind) would amuse ourselves in department stores by trying to find the largest bra in the lingerie section... and then try them on as hats. Maybe I am like a Sim character, and used up too many points in the ass department to have any left for the chest area when I was created. Who knows.

My more well-endowed friends tell me I'm lucky because I have a wardrobe full of wispy, barely-there blouses which I can 'get away with' because I don't have to consider how I may or may not look like I'm advertising. My argument is, quite simply, that having nothing to advertise isn't a lot of fun. All the men who've had, shall we say, interactions with my boobs have hardly been thrilled by them, and any attention directed their way is more out of politeness than genuine desire. Yes, it's nice to wander around town with a big shirt and no bra on, but come on -- it barely takes two seconds to clip a bra on in the mornings, and the small thrill of feeling a little freer is a pretty cheap substitute for feeling like a woman.

That said, I can't bring myself to hate my boobs. Bless 'em: they're a cheerful pair, and they're pretty in their own way. Any woman who was bestowed with a pair of Kate Upton-alikes is a lucky lady indeed, but the rest of us just need to work with what we've been given -- and, y'know, learn to love them regardless of how big or small they are. Put it this way: If a bunch of giggling pre-teens are mature enough to know that boobs can resemble spherical fruits of all sizes, then why should we grow up to assume that melons are too big and plums are too small? Oranges, of course, are not the only fruit.

*Still weirded out? It's just how we roll in England.

Literally, Darling is an online magazine by and for twenty-something women, which features the personal, provocative, awkward, pop-filled and pressing issues of our gender and generation. This is an exact representation of our exaggerated selves.

PHOTO GALLERY
Tips For Washing Your Bras
Download
Calling all HuffPost superfans!
Sign up for membership to become a founding member and help shape HuffPost's next chapter
Join HuffPost

Man, I Don't Feel Like A Woman: Being a Grown-Up With Small Boobs
Tips For Washing Your Bras 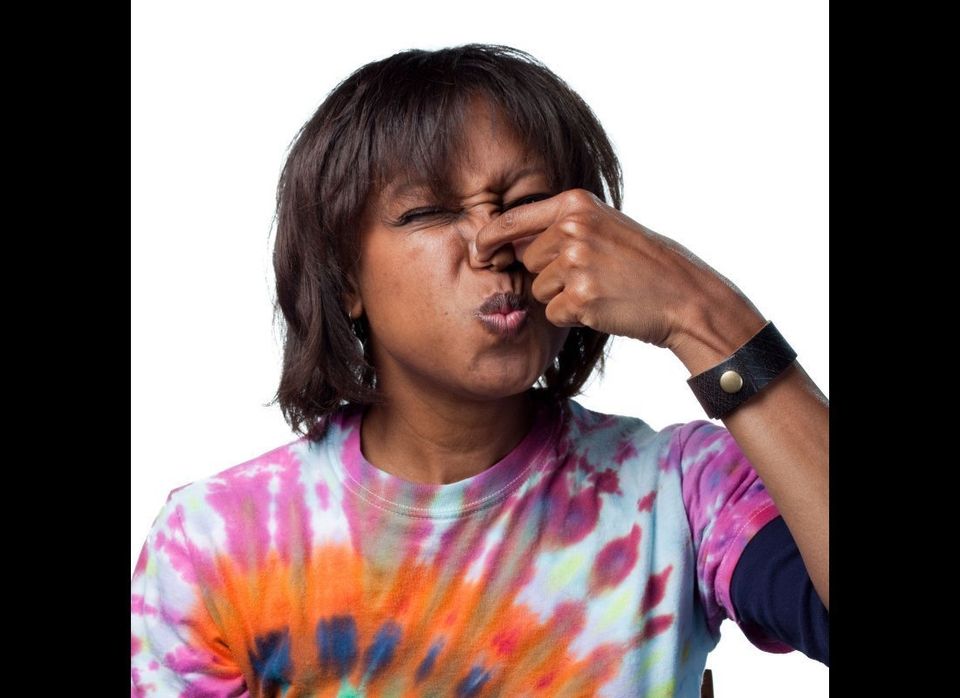 1 / 9
Wash Them Often ... Enough
Although this depends on your personal lifestyle and levels of hygiene, Nethero recommends that women wash any bra after wearing it twice. Of course, if it's a sports bra, you should at least rinse it out in cool water (cold water helps a bra maintain its elasticity) after each use to get rid of the perspiration on it so that the fabric itself isn't damaged. "You don't want to destroy the fibers in the sports bra that cause it to wick moisture," said Nethero. If you rotate through your bras, this should come out to about once a week, according to Iris Clarke, owner of <a href="http://irislingeriebrooklyn.com/index.html">Iris Lingerie</a> in Brooklyn. If you don't rotate your bras, Iris recommends making sure they are washed every three or four days. <br>
Alamy