CAIRO, Sept 18 (Reuters) - An Islamic State supporter carried out the stabbing attack that wounded at least eight people at a mall in the U.S. state of Minnesota on Saturday, the militant group’s Amaq news agency said.

“The executor of the stabbing attacks in Minnesota yesterday was a soldier of the Islamic State and carried out the operation in response to calls to target the citizens of countries belonging to the crusader coalition,” Amaq said in a statement.

Reuters was not immediately able to verify the authenticity of the claim.

The man, who was wearing a private security uniform during the attack, was shot dead by an off-duty police officer, authorities said.

The man made references to Allah and asked at least one person if they were Muslim before he assaulted them at the Crossroads Center mall in St. Cloud, the city’s Police Chief William Blair Anderson told reporters.

“Whether that was a terrorist attack or not, I’m not willing to say that right now because we just don’t know,” Anderson said at a news conference.

“We’ll figure out what this is and when we do we will be transparent about it,” he added. He gave no details of the identities of the victims.

The knife attack in St. Cloud, a community about 60 miles (97 km) northwest of Minneapolis-St. Paul, comes at a time of heightened concern in the United States about the threat of violence in public places.

An explosion rocked New York City’s bustling Chelsea district on Saturday, injuring at least 29 people in what authorities described as a deliberate, criminal act. But they said investigators had turned up no evidence of a “terror connection.”

In St. Cloud, the attacker entered the mall in the evening as it was busy with shoppers, Anderson said.

He attacked his victims at several sites in the shopping center, which will remained closed on Sunday as police investigate, the police chief said.

The eight wounded were transported to St. Cloud Hospital but none were believed to have life-threatening injuries, said Chris Nelson, a communications specialist for the medical facility.

One victim was expected to remain there, but the other seven patients had already been released or were expected to be let go shortly, officials said.

Police officials said they were still interviewing witnesses hours after the attack.

The off-duty police officer who shot the suspect was from a jurisdiction outside of St. Cloud, Anderson said. He would not say which agency employs the officer. 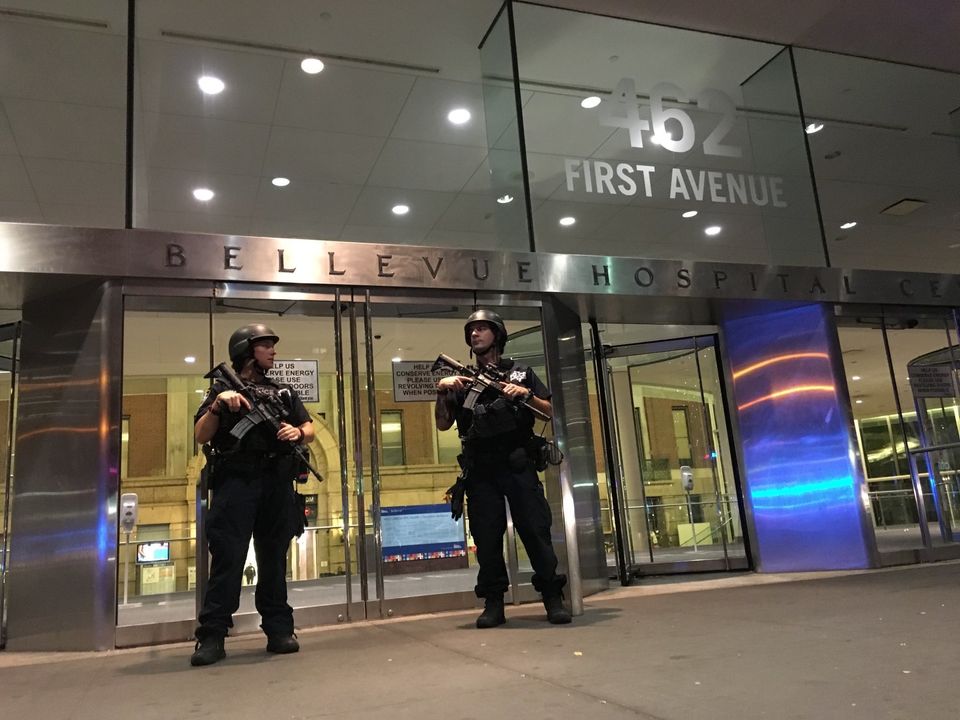