Men and women who write for the stage in America have an intrepid path to navigate. America has no National Theatre and the arts are poorly subsidized. Given the current trend towards increasing government surveillance of our most personal and public selves, it's not a surprise that any serious artist, one who challenges the status quo or is politically controversial, would find greater success in another country than he might in 21st century America. John Steppling, who now lives in Norway with his wife Gunnhild, is a good example of this. 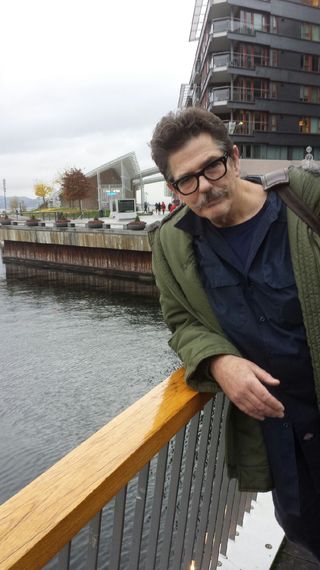 Despite his absence from America, he currently has a play being produced in Portugal and a film in production in America. The film, Only The Lonely, directed by Josh Evans and starring Michael Madsen is evidence of the lasting power of Steppling's storytelling, born out of the need to explore those whose lives have been marginalized in some way. Steppling also takes pride in having written the screenplay for the film "Animal House" directed by Steve Buscemi and starring Danny Trejo. This was his last work for film before leaving for Europe in 1999.

But what exactly about Steppling's own life has shaped the tenor of his work, work that focuses often on the left out, the losers? Born in Burbank, Steppling was raised in Hollywood and attended Hollywood High. His father, Carl Steppling, was a part-time actor and wardrobe assistant. His grandfather, John Steppling, was a prolific silent-film actor who appeared in many Essanay films. Steppling has noted that his upbringing moving from neighborhood to neighborhood in LA with a family at the fringe of the film industry influenced his work, in particular, The Dream Coast. He spent much of his late teens and early twenties drifting around, did not attend college, and mostly worked minimum wage jobs. He drove a taxi, worked in warehouses and construction jobs. This sense of displacement from mainstream middle class life gave birth to many of the characters in his plays which often are marginalized people in American society.

Steppling's introduction to theater came from New York's Off-off-Broadway in the 1970s, where he saw his cousin, Jim Storm, perform in the 1971 premiere of Sam Shepard's "Mad Dog Blues". During this time Steppling moved in circles associated with writers and performing artists from the group "Theater Genesis", including Murray Mednick, Lee Kissman and O'Lan Jones.

Returning to Los Angeles in 1978, Steppling became a founding member of the Padua Hills Playwrights Workshop and Festival along with Murray Mednick and Sam Shepard. Steppling remained involved in Padua for most of its 17 year existence, among other notable playwrights associated with the festival such as Maria Irene Fornes, Jon Robin Baitz, Martin Epstein, Kelly Stuart, and John O'Keefe.

I briefly encountered Mr. Steppling while I was volunteering as a script reader back in the mid-80s at what was then The Los Angeles Theatre Center. The characters in his plays appealed to me because their desperation mirrored the desperation I knew so intimately from my own working class family and a father always struggling to make ends meet, living at times on the fringe of petty thievery and less than stellar behavior. I encountered John decades later when I spotted him on Facebook and since then have had a distant but somewhat gratifying (for me anyway) professional relationship with him.

I had serious questions for him when I decided to write this piece, questions about art and politics, his work in Europe and his current success as a writer. The interview that follows took place a few weeks ago and illuminates the depth of his thinking and his rock solid honesty. As playwright Jon Robin Baitz says, "He is utterly without a scintilla of bullshit".

JF: Hey John. I guess I'll begin with the obvious. Why the decision to become a playwright?

JS: I never really intended to become a playwright, but I'd visited Europe when I got out of high school, and when I returned I stayed with my cousin Jim Storm, who was working as an actor at Theatre Genesis, with Sam Shepard, Murray Mednick and Walter Hadler. And they were doing these remarkable plays, with a kind of anarchic energy and great intelligence, and I thought, well, this is exciting. And it's cool. But I didn't actually write a play until about nine or ten years later when Mednick started the Padua Festival. I was one of the original members and it was a formative experience. And an important festival I believe.

JF: On your IMDB profile it shows you as the screenwriter for several films, among them Animal Factory and 52 Pick Up and most recently Only The Lonely directed by Josh Evans. How did you end up writing films?

JS: Someone from William Morris saw a play of mine, The Shaper, and sort of took me on. I went on an interview for this Elmore Leonard project at Carolco (ref: 52 Pick Up)... which was an insane scene, and I got it, and I wrote it. Frankenheimer came on, and that was that. But it was also the start of my slowly, too slowly, learning the reality of life in Hollywood.

JF: So how do your political convictions which are public impact your working life? (note: Steppling's website: www.John-Steppling.com)

JS: I can only say that there were a couple of times in Hollywood where I turned down work... one, a film for Chuck Norris, where I refused to write a pro-Contra storyline. It was a pretty funny meeting actually, with Chuck and his brother Aaron. Chuck got up and walked angrily out of the room. I think Aaron was just confused. But really, Hollywood basically doesn't think in political terms, they think in business terms. If you are viewed as a business asset, then nobody really cares what you think politically, and it only matters if it affects the bottom line. Now, I do think if you are perceived as too radical, about anything, it's problematic. This is a society of consensus. There is a built in tendency toward mass agreement.

JF: I read that you began a film club of sorts for displaced asylum seekers in Norway. How did that come about? Was that a political decision?

JS: I think politics are woven into the fabric of life. I don't isolate them in my mind. The film club was an idea my wife Gunnhild and I had... she works right now with cultural matters for the kommune (county). And we wanted to start a cinematheque of sorts, and then I thought, well, the asylum seekers are stuck in this housing center way out in the forest while they wait for a determination from the government on their status. It gets pretty boring. And they're great kids, most are young, not all, and right now the majority are from Eritrea, a few from Somalia and Sudan, and there are Syrians and Iraqis too. But mostly Eritreans. And we go out there and watch films once a week, and talk about art and culture and film and music and whatever else is on their minds. Aesthetics isn't a European or North American monopoly. But it's fun. I have no films with subtitles in Arabic or Tigrinia, but there are a couple of guys who speak English well, and a number who speak some English, enough to converse. And they're all learning Norwegian, so we manage. We showed Cutter's Way last week, a film from 1981. A post Viet Nam noir with Jeff Bridges. It's rather amazing how much they got out of it even if the dialogue was difficult for them. I mean these people are a huge resource. And while Norway is very progressive in comparison to some places, there is still a lot of hesitancy about cultures that are so different. I don't know if this is political; it seems simply human.

JF: Norway. That was a choice to live there. How did it come about?

JS: I lived in Poland for ten years almost. I returned to the States, for about a year, but it's dispiriting in the United States today. There's a sense of this amped up militarism, and a loss of basic human rights. It's a surveillance culture. And it's frightening and authoritarian. Norway is comparatively sane, clean, and they have universal health care. I miss the desert though.

JF: Based on your body of work which is pretty impressive and the fact you no longer live in the United States, what would you say is the main role of art in American society at the present time?

JS: I think this is an important question, and a very difficult one to answer because it's not simple. There's no appropriate simple answer. The ascension of marketing and corporate media, the erosion of education, have all contributed to this decline in aesthetic comprehension. People have been trained in this idea of "entertainment", and what were once the institutions that served as de facto gatekeepers to aesthetic values, have ceded authority to media and Hollywood and Madison Avenue. Curators and gallery owners and University arts departments and theatre departments have slowly adhered to this very regressive and very reactionary populism. It's a manufactured populism, not an organic one, and it valorizes kitsch. And it's politically totalitarian in the end. So today you have at least two generations that don't read books and really have no vocabulary for critical thought. Now it's important to say that we're talking here about that educated overwhelmingly white 20 percent that Chomsky pointed to, the target demographic for the selling of culture.

JS: What does one see on Broadway today or in mid size houses? You see mostly sentimental junk. But a specific junk that reinforces the status quo. And mainstream stuff is Hollywood junk. So the first thing to do, the main role of art as you asked, is to reclaim a radical vision, an oppositional stance, and not in message, but in form. And that can only come out of radical politics.

JF: Could you explain what you mean by "radical politics"?

JS: Radical politics is one of those terms that gets tossed around a lot. My son works for an anti-death penalty group. He and the people he works for do remarkable work. Are they radical? Some are, whatever that means. I have a Marxist basis to my thinking, but I don't really consider myself an orthodox Marxist. I believe social change is crucial today, for the survival of everyone. The neo-liberal globalized capitalist system is destroying the planet. But so many Americans don't think about the tens of millions of people living around the world in acute debilitating poverty. They aren't visible. They have no voice. The Oscars were this past week, and it's like a national holiday, an orgy of self-congratulation for a privileged white and mostly patriarchal class and for corporatism. These aren't the best films made this year. I can't believe anyone really thinks that. But it's marketing. Everything is marketing. Politics is marketing. So radical I suppose means trying to look past this manufactured reality of militarism and jingoism. It means encouraging people to think critically. To remember colonialism, imperialism, and racial and gender inequality. It means learning compassion.

JF: What are some films that were your favorites this year, John? Any at all?

JS: If you ask me the best few films of the last several years, I would say A Prophet, Mister John, Dogtooth, and Blue Caprice.

JF: Sounds like some good films for anyone who might be interested in a different perspective to start them off. Thanks very much for your insights and for your time. The very best of luck with the new film, Only The Lonely. 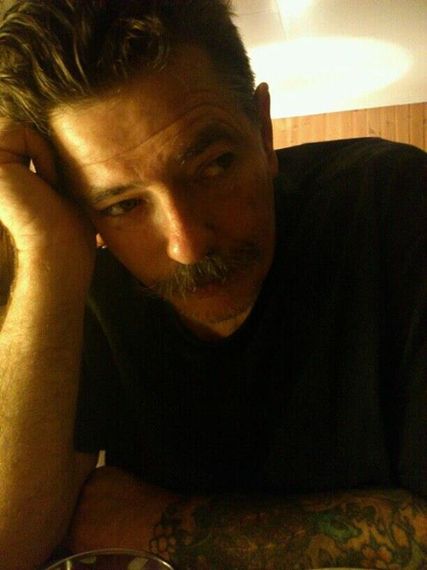