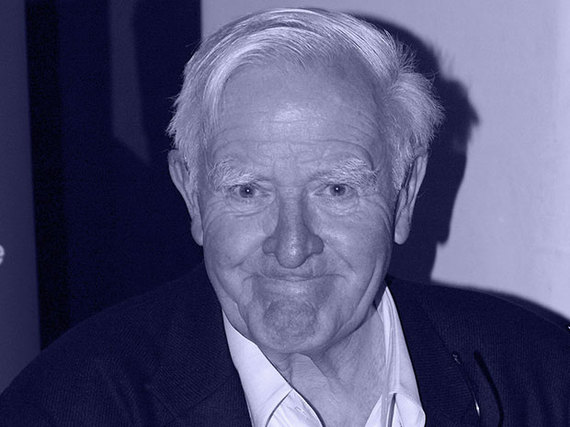 All fiction writers lead double lives. There's the life they lead among friends, and the life led on the page. English writer John le Carré has made a career of creating compelling fictions from disturbing facts. His troubled childhood undoubtedly serves as inspiration for much of his work--the kind of deep distrust that stems from abandonment and suffering at the hands of those who are supposed to protect you.

John le Carré (born David Cornwell in 1931) was introduced to the dark side of humanity at an early age. His father, later a known collaborator of London's Kray Twins, was sent to jail for fraud and embezzlement charges when le Carré was just two. Not that the absence of his father was necessarily a bad thing. According to Adam Sisman's 2015 biography of the author, Ronnie Cornwell was worse than a bad seed--he was a drunk and wife-beating philanderer who stumbled home, crawled into bed with his kids, and molested them.

READ MORE: THE STORY OF Q

Le Carré's mother Olive abandoned the family when he was five; he would not see her again until he was 21. Ronnie resurfaced from time to time after this departure. With Olive out of the picture, there was now no buffer between the old man and his kids. Le Carré's older brother Tony points out that despite his disgusting behavior, Ronnie had the charm of a seasoned con man, even with his sons. "He could put a hand on your shoulder and the other in your pocket," Tony once said, "and both gestures would be equally sincere." 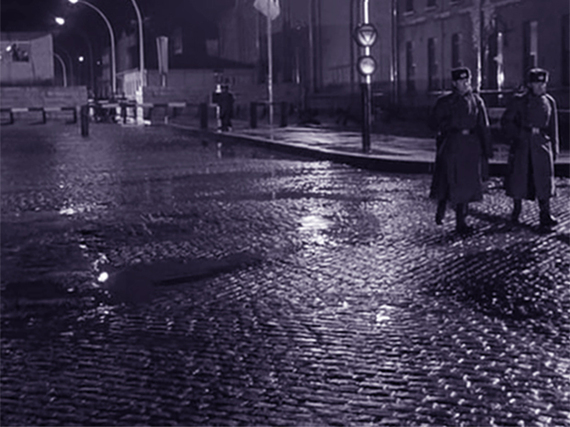 Still from The Spy Who Came in from the Cold. Credit: Paramount Pictures

Le Carré was sent to boarding school during WWII. There, he realized the need for a good story to explain away his absent father. So he fabricated a tale for his classmates, claiming his dad had joined the secret service and was parachuting through the skies of Nazi Germany, saving the world. This was perhaps one of John le Carré's earliest forays into fiction.

Storytelling also served as a distraction from the brutality of the boarding school itself. Of his headmaster, le Carré said, "I always knew he was going to beat me because he was dreadfully slow in his movements. He would stand up, put down his pipe and stare at me in dull confusion."

Fabrication came easily to le Carré; he was a natural at the art of invention--and deception. "I'm a liar," Sisman quotes le Carré as saying. "Born to lying, bred to it, trained to it by an industry that lies for a living, practiced in it as a novelist." According to records, le Carré joined England's domestic counter-intelligence service MI5 in 1953 while enrolled at Oxford, at the height of what he later called "witch-hunt time." 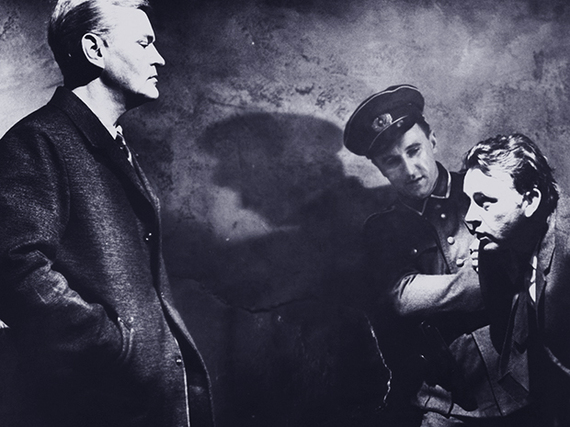 Still from The Spy Who Came in from the Cold. Credit: Paramount Pictures

The young student was tasked with infiltrating liberal leaning gatherings on campus and reporting back--the Cold War had begun and the English government was on high alert, looking for traitors and Soviet spies. This sort of subterfuge, earning a person's trust only to give them away, is a major theme in le Carré's fiction. As enticing as the secrets of the government may be to readers, it's the personal betrayals that give le Carré's novels their resonance.

After moving over to international counter-intelligence service MI6 in 1960, le Carré began to commit his tall tales to paper. Because officers weren't allowed to publish under their own names, the author created the pseudonym John le Carré. When 1963's The Spy Who Came in From the Cold became a bestseller, his career in Her Majesty's service officially ended. Perhaps the change was for the best. According to Sisman's biography, his colleagues thought Carré "a great writer but a mediocre spy."

Now 85, le Carré has published 23 novels, 10 of which have been adapted for film and television. The most recent is AMC's The Night Manager, a modern imagining of le Carre's best-selling novel that centers on the double lives of international arms dealers. 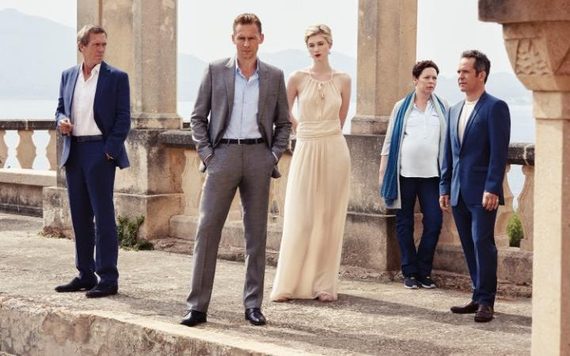 "People who have had very unhappy childhoods are pretty good at inventing themselves," le Carré once said. What began as a means of explanation or escapism from his troubles helped him to emerge as one of the foremost genre novelists of the 20th century.

As for Ronnie Cornwell, he died in 1975. Though le Carré did not attend the service, he paid for the whole affair.