Can't wait unti June 14 to get a taste of "Man of Steel"? Warner Bros. has got you covered. The studio released a whopping 50 photos from the film on Monday to coincide with the upcoming media crush that will lead into the "Man of Steel" release. (Expect to read a lot of interviews with stars Henry Cavill, Michael Shannon, Amy Adams and Kevin Costner in the days ahead.)

HuffPost Entertainment has done its due diligence by collecting the stills in a gallery below. Before you click through that, however, look at this photo of Superman himself, Henry Cavill, in a hero pose. Even with an English-born actor playing the part of the last son of Krypton, this is still as American as that giant U.S. flag (and 7-Eleven store) in the background. 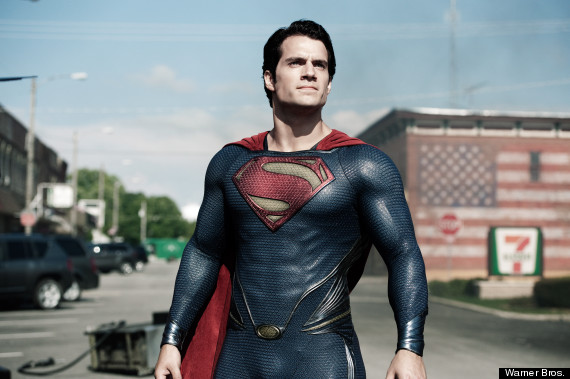 More "Man of Steel" goodness in the gallery below. Spoiler-phobes, beware of light reveals.