The "Man of Steel" crew came to Comic-Con last weekend with new marketing materials in tow, and now you've got the chance to see one piece for yourself: the first poster for "Man of Steel."

Star Henry Cavill and director Zack Snyder were in San Diego last Saturday, where they debuted a new teaser trailer for the film. Expect to see the new "Man of Steel" trailer in front of "The Dark Knight Rises" on Friday. (Both films are produced Christopher Nolan and distributed by Warner Bros.)

"The big challenge, of course, is if you can make people feel, 'What would you do it you were Superman? How would you feel?'" Snyder said to assembled fans. "How to make it personal, I think that's the thing we went after."

Snyder -- best known for his slow-motion techniques in films like "300" and "Sucker Punch" -- was coy during the panel about Superman's rival in the film, never admitting to the fact that co-star Michael Shannon was playing famed villain General Zod. Shannon, however, showed no qualms about discussing his role -- and how he can overcome playing the same character Terrence Stamp made famous in "Superman II" -- in an interview with Moviefone last year.

"I've recently seen bits and pieces of [Stamp] doing it and it's very intimidating. But I just have to start from scratch," he said. "I've got a different script, I've got a different director and I'm acting with different people, and I just can't let it inhibit my creativity. At least I'm not playing Hamlet. With that part you have 5,000 genius interpretations of it. I only have to look down one interpretation -- no matter how iconic it may be."

Check out the poster for "Man of Steel" below. The film arrives in theaters on June 14, 2013. Expect to see the Comic-Con trailer online this week. 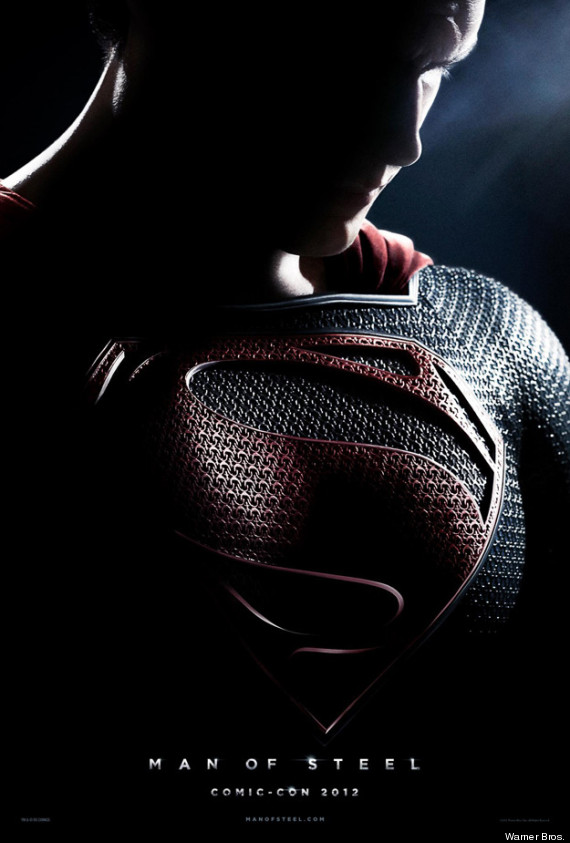