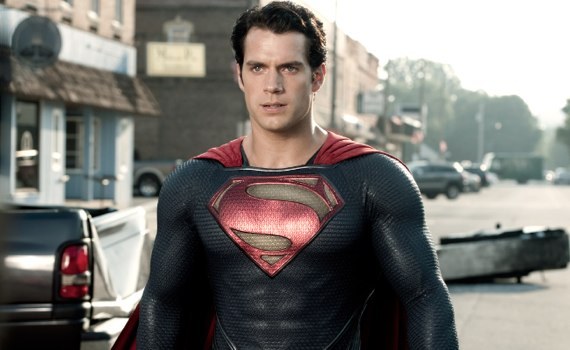 This Friday, Superman returns to theaters after a seven-year hiatus. For Man of Steel, director Zack Snyder (Watchmen) tapped British thespian Henry Cavill to play one of the most iconic American characters of the past 100 years. As a service to you, we answer every question you could possibly have about Man of Steel.

Q: What is a Superman?

A: Seriously, go away.

Q: Wait, didn't we just have a rebooted Superman story?

A: Superman Returns, which was released in 2006, wasn't technically a reboot.

Q: But that was a new Superman, too, wasn't it?

A: It's true that Brandon Routh was cast as a brand new Superman for Superman Returns, but that movie technically took place in the same timeline as the Christopher Reeve films, a few years after Superman II.

Q: Does Man of Steel have anything to do with the past Superman movies?

A: No. Man of Steel is the first completely rebooted, theatrically released Superman story since 1978's Superman.

Q: Will I have to watch the entire origin of Superman again?

A: Again, it's been 35 years since you've had to watch Superman's origin story. We live in a world in which you watched a second Spider-Man origin story only ten years after the first one. If anyone deserves your renewed attention, it's Superman.

Q: How does Man of Steel handle Superman's origin differently than Superman did?

A: Without getting into too much detail, Man of Steel sticks mostly to the traditional Superman story, with a few twists.

Q: Does the story still open up on Krypton?

A: Yes. As before, Krypton is doomed and Jor-El (Russell Crowe) is determined to save his son, Kal-El, by shipping him off to Earth. General Zod (Michael Shannon, as angry as ever) is opposed to this idea for a few reasons -- and in the end, Zod and his cronies are imprisoned in the Phantom Zone.

Q: The Phantom Zone? Is that where Billy Zane lives?

A: Billy Zane once played The Phantom in a 1996 movie. It is not clear one way or another if Zane has ever visited the Phantom Zone.

Q: Are Jor-El and Zod friends.

A: No. The opposite, actually.

Q: And after all of this, then we watch Kal-El grow up in Smallville as Clark Kent?

A: After the scene on Krypton, Man of Steel smash-cuts straight to a confused and lonely adult Clark Kent, wandering North America in an effort to discover who he actually is.

Q: There are no scenes in Smallville?

A: We learn about Clark's childhood and his relationship with Jonathan and Martha Kent (Kevin Costner and Diane Lane) via a series of flashbacks spread throughout the film.

Q: Does Russell Crowe's Jor-El appear to Clark the way Marlon Brando's did in 1978's Superman.

A: Not exactly. Let's just say that, thanks to computer technology, this post-Krypton Jor-El has slightly improved interactive capabilities.

Q: Wait, is Russell Crowe playing the same character that he did in Virtuosity?

A: At no point in Man of Steel is Russell Crowe referred to as SID 6.7.

Q: Am I safe in assuming that this Zod fellow comes back to take his revenge on the son of Jor-El?

A: This is a very safe assumption.

Q: Is Man of Steel better than Superman?

A: That's not really a fair comparison, considering how revolutionary the original Superman movie was in 1978 -- and how profoundly it impacted popular culture and superhero movies. The original Superman is by far more important -- and, as an overall movie, still better. That said ... Man of Steel is excellent.

Q: Is Man of Steel better than 2006's Superman Returns?

A: I still like Superman Returns, but the two movies are night and day. Man of Steel is much better.

Q: Please tell me that Superman doesn't have an illegitimate child in Man of Steel?

A: In Man of Steel, Clark doesn't even have any friends, let alone a mystery child.

Q: How is the Clark Kent of Man of Steel different from other versions?

A: He's not the folksy, "gee, guys" square Christopher Reeve portrayed. This is brooding -- but not unlikeable -- Clark, who knows he's an alien and has no idea what he's doing on Earth.

Q: What had you never thought about until watching Man of Steel?

A: How Clark dealt with his hypersensitive senses, which is done well in Man of Steel.

Q: What about Amy Adams as Lois Lane?

A: Adams' Lane is a Pulitzer Prize-winning news reporter on the trail of a mysterious man who, at times, has shown the ability to perform remarkable feats of strength. Thankfully, she's far more than just Superman's love interest.

Q: What's your biggest complaint about Man of Steel?

A: For as careful as Man of Steel is to build a sense of realism (at least, as much realism that can be had in a story about a space alien with super powers), the long final battle gets sucked into the "bigger is better" trap of cinematic storytelling. The characters we've met are so interesting (and well acted) that I would have rather spent more time with them and less time watching people throw each other into buildings.

Q: How many songs from the Singles soundtrack are featured in Man of Steel?

Q: Who does the absolute most with his limited screen time?

Q: Will people be happy with Henry Cavill as Superman?

Q: Between one and ten, where does Zod rank on Michael Shannon's rage scale?

A: A solid nine, somewhere right below his epic outburst in Take Shelter and above his anger while reading that sorority letter.