Here's a guy who really wanted to stick it to the man.

A video uploaded to YouTube on Tuesday shows a man paying for a $137 traffic ticket with 137 painstakingly folded origami pigs. 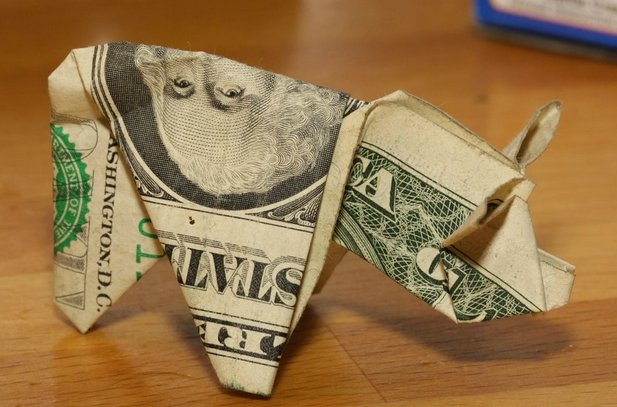 The man, who goes by the apt YouTube moniker "Bacon Moose," explains his actions in the video description:

I got this ticket in a town where the cops (and absurd redlight cameras) are pretty much a money trap and that's it. I decided to pay in an appropriate manner -- 137 origami pig $1 bills, put in a pair of dozen-donut dunkin donut boxes.

The $1 piggies took around six hours to prepare. But "Bacon Moose" said he believes it was well worth it. "[I] paid in style," he said.

As might be expected, the cashier at the police station was not too happy at the boxed surprise.

"What's that?" the cashier asks, nonplussed. "I am not going to take them like that. The way that you have it folded…I'm not going to sit here and unfold all of that."

After a bit of awkward back-and-forth, the man is finally asked by a police officer to unfold all the dollar bills. 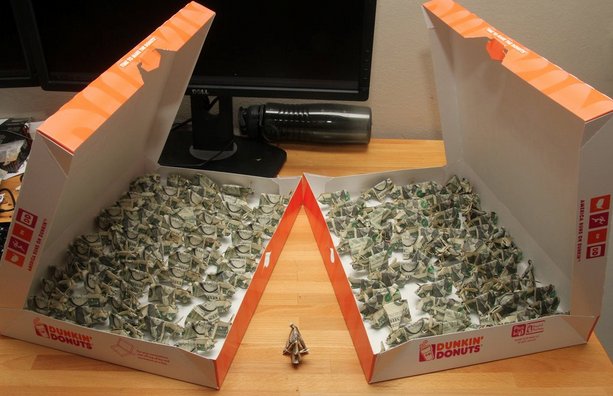 "That's pretty cool and that took a lot of time. Little piggies in a donut box. I got it, I got it," said the police officer, as he snapped a shot of the boxes with his phone.

Even the cashier eventually came around to the idea.

Ballsy or bizarre? Tell us what you think of Bacon Moose's payment method in the comments below.

More:
MoneyVideoweird photos videos
Newsletter Sign Up
Everything you should have learned in school but didn’t
Subscribe to HuffPost’s money and living email.
Successfully Subscribed!
Realness delivered to your inbox