If you found someone else's parking ticket, would you pay it?

Marc Primrose did. After he transported Rosemary Morgan's mom in his ambulance last month, the Australian paramedic-in-training found a parking ticket in Morgan's name in his ambulance. When he learned that Morgan's mother had died, he opted to pay the $129 fine instead of adding to the woes of the family. 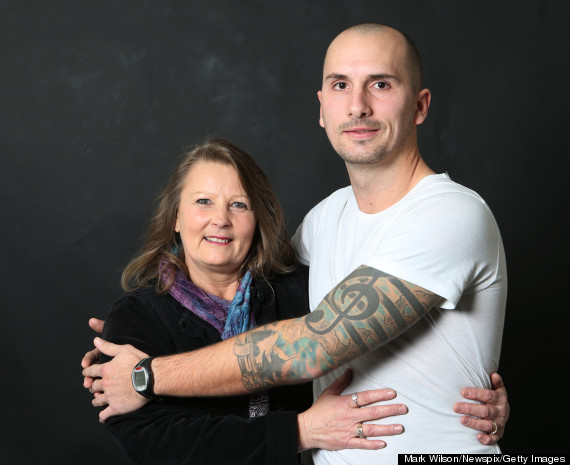 “It was my instinct not to just let this go because someone would have ended up with late fees and I didn’t want that to happen,” Mr. Primrose told The Whittlesea Leader, an Australian newspaper. “I’m just glad that it helped.” 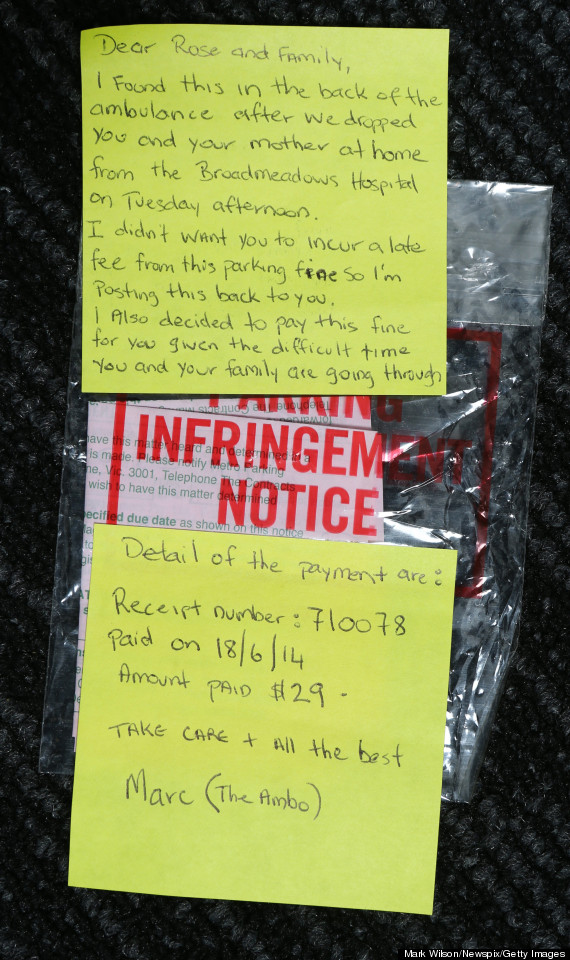 "Dear Rose and Family," Primrose wrote in a note to the Morgans, explaining what happened:

I found this in the back of the ambulance after we dropped you and your mother at home from the Broadmeadows Hospital on Tuesday afternoon. I didn't want you to incur a late fee from this parking fine so I'm posting this back to you. I also decided to pay this fine for you given the difficult time you and your family are going through.

Impressively, Primrose's decision to pay it forward isn't the only ticket-related act of kindness we've seen. Last year, a Good Samaritan helped a Reddit user avoid a ticket in Santa Monica, California, by pretending to own an illegally parked car. "If you're reading this," the Good Samaritan added in a letter left on the vehicle, "pass on the karma." In response, the Redditor pledged to get a roll of quarters he'd use to feed other peoples' parking meters from time to time.

Clarification: Language has been amended to clarify it was Morgan's mother, not Morgan herself, who died.