Bears of the world, beware: If he has to, Carl Moore will punch you in the face.

Moore, a 73-year-old man who hails from the foothills near Sacramento, California, says a black bear threatened his dogs outside his home last Monday. When yelling failed to scare the bear, he challenged it to a game of fisticuffs.

"The man or beast that I run from ain't been born," Moore told CBS Sacramento while clutching one of his dogs, Lacy.

In Moore's defense, his first choice wasn't a fistfight. "I raised both hands in the air and I cussed at him, ‘Rrraaaaaaa! Get out of here you bastard," he said. But when the bear ignored him, Moore ran at the animal and landed a punch known as a "whirling haymaker."

The bear didn't appreciate Moore's knuckle sandwich, and ran off down the road.

Witnesses were happy to corroborate the story, and described the animal as being about 5 1/2 feet tall and 300 pounds.

“I know I’ll never see that one again,” Tyler Silva, an employee at Moore's contracting business, told the Auburn Journal. “He definitely connected. The bear took a breath out like it had been struck in the stomach and then it took off down the road.”

"He has the hands and he’s an old 1st Recon Marine," Sargent told the paper. "He’s no joke and a tough old soul for 75."

In 2011, a 22-year-old woman in Alaska also punched a bear in the face to save her dog, in that case a dachshund named Fudge.

Anecdotal evidence aside, experts say the first reaction to encountering a black bear should not be to start throwing punches. The National Park Service recommends first trying to distance yourself from the animal by slowly backing away, or talking loudly and shouting at it aggressively if it attempts to follow you. Only fight back as a last resort if you are being physically attacked. 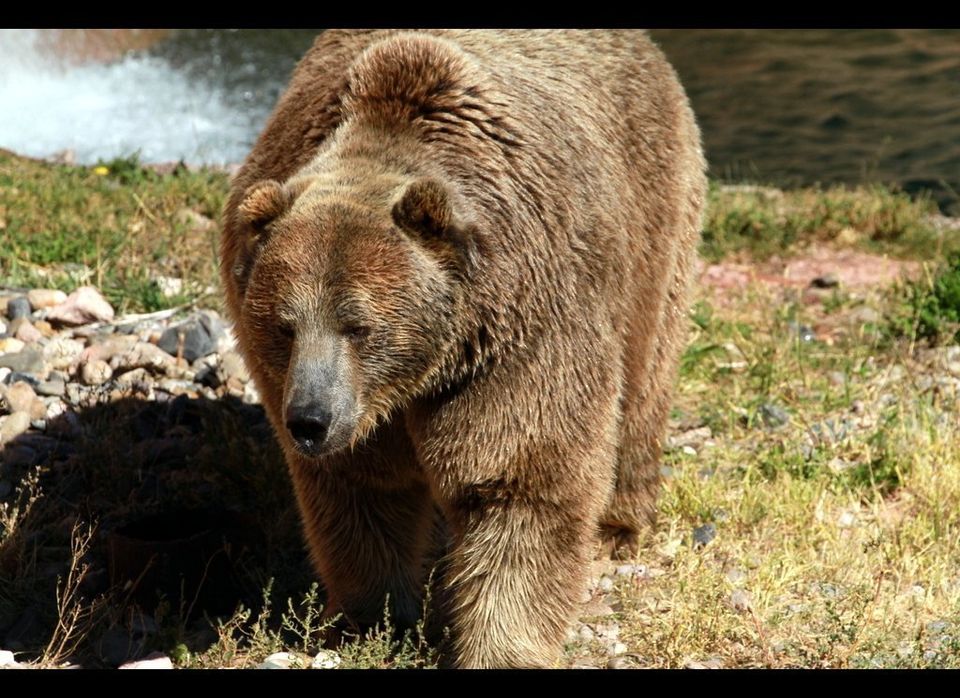